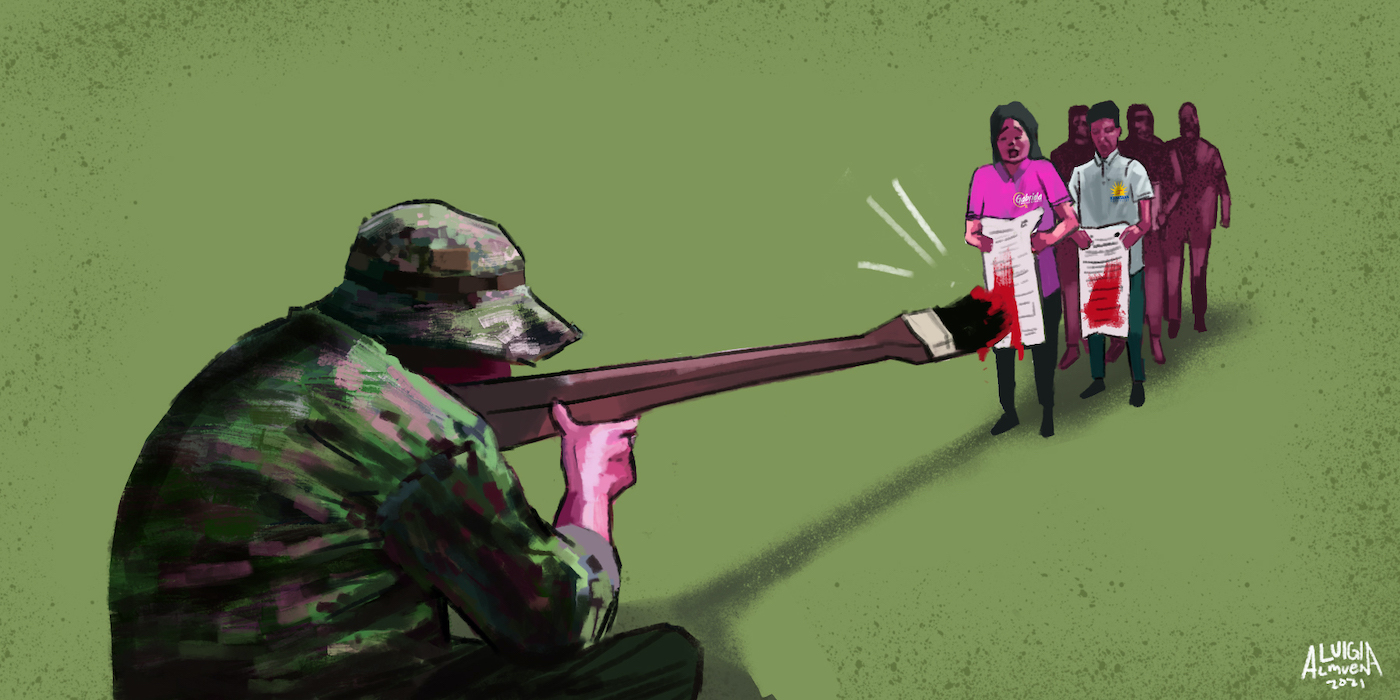 Progressive party-list groups Gabriela Women’s Party and Kabataan Partylist won one seat each in the 19th Congress and were proclaimed by the Commission on Elections (Comelec) on Thursday, May 26.

The petitition against Gabriela was filed before the previous elections, in May 2019. NTF-Elcac accused the women’s party-list group of receiving foreign funding and of supporting the Communist Party of the Philippines and its armed wing New People’s Army.

Meanwhile, the case against sectoral youth organization Kabataan was filed in June 2021. It was based on claims that it was aiming to destabilize the government.

Both parties denied the allegations and said these were meant to silence government dissent. (READ: Progressive party-list groups in the Philippines fight for survival in the 2022 elections)

In a press briefing earlier on Wednesday, Comelec commissioner George Garcia said the poll body would not issue a certificate of proclamation to a party-list group if it is facing a disqualification petition.

Garcia also said the winning party-list group would still be issued a certificate of proclamation but their nominees, if they are facing disqualification petitions, may not be recognized.

Gabriela clarified that it was proclaimed winner in 2019 “despite the fabricated disqualification case lodged by NTF-Elcac days before the polls.”

Under Republic Act 7941, the Comelec may “remove or cancel after due notice and hearing” the registration of a party motu proprio, or on its own and even without a formal request from another group, if it advocates for violent and unlawful means and it receives foreign support, among others.

In a statement, Kabataan Partylist said the “routine red-tagging, harassment, illegal arrests, and even threat to life” involving their members were “not coincidences” but an “orchestrated operation by government officials to wipe out the political opposition.”

Gabriela and Kabataan belong to the progressive Makabayan bloc in the House of Representatives, which won six seats in 2019.

The bloc is reduced to three members in the 19th Congress with ACT Teachers Rep. France Castro joining Brosas and Manuel.

Bayan Muna, which won three seats in 2019, failed to get enough votes to secure a seat. It's the first time since 2001 that it will not have a representative in Congress.

Its first nominee, Edvic Yap is brother to outgoing party-list Rep. Erwin Yap, a known ally of President Rodrigo Duterte. The latter, who is now elected as Benguet district representative, is among the congressmen who voted against the renewal of ABS-CBN’s broadcast franchise.

PCIJ earlier found that ACT-CIS aired over P100 million worth of ads halfway through the campaign period.

Analysts and watchdogs have also raised the alarm that the party-list system that was supposed to represent the marginalized is being used as a “backdoor” for political families and incumbents. END