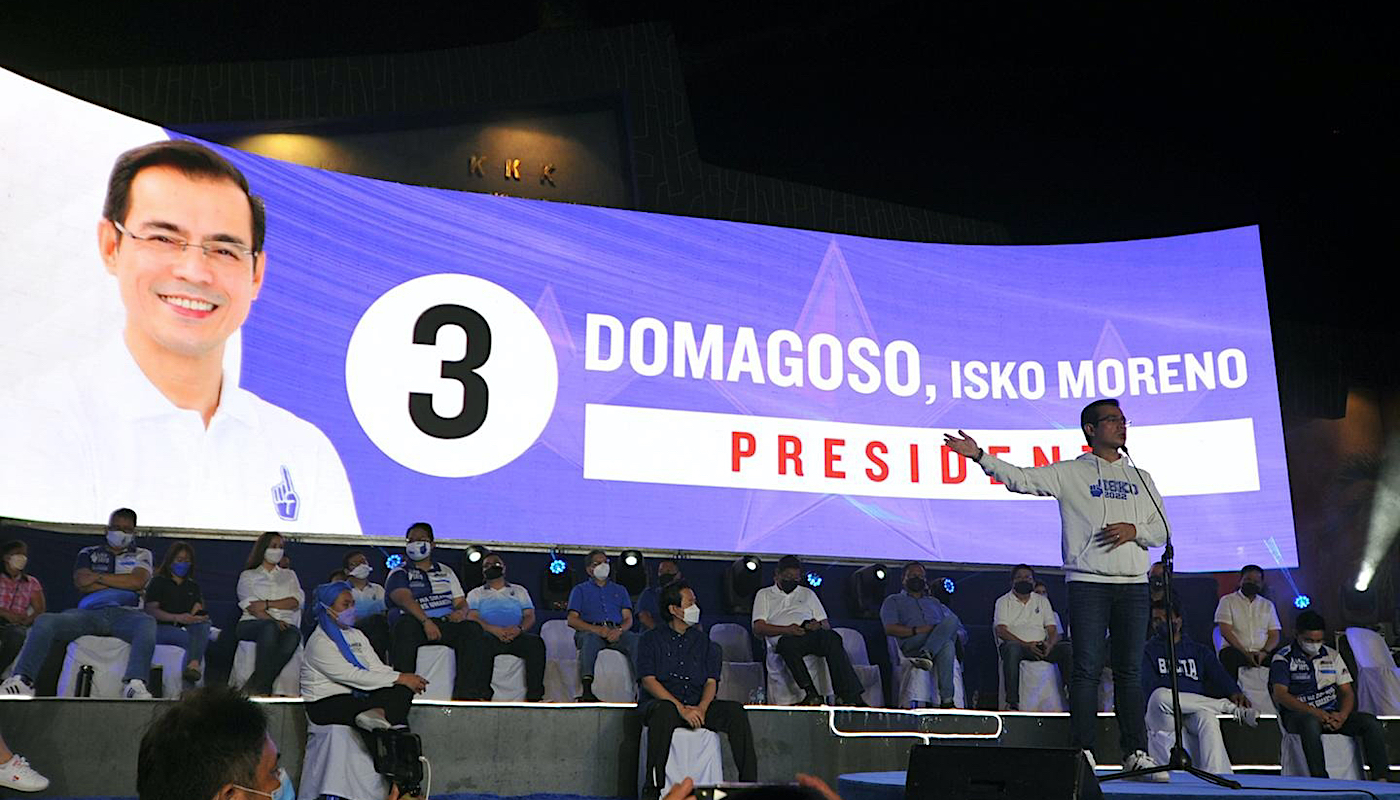 Candidates in the May 2022 elections opened their campaigns on Tuesday, Feb. 8, drawing crowds of mask-wearing supporters amid the coronavirus pandemic.

In the country's capital, Manila, where presidential candidate Francisco "Isko" Moreno Domagoso is mayor, seats were separated to observe physical distancing at his campaign rally. But the excited crowd merged toward the stage when it was the candidate's turn to speak.

In other parts of the country, big crowds also characterized the opening sorties of other candidates seeking to replace President Rodrigo Duterte in Malacañang. Footage showed that masks were not always properly worn and physical distancing was impossible in some instances.

Coronavirus infections dropped significantly to 3,574 cases on Tuesday from a high of nearly 40,000 cases in the middle of January, continuing a sustained decline that the country has seen for several days. Health experts remain cautious, however.

Up to 80% of pandemic-weary Filipinos welcomed the new year with hopes that the worst of Covid-19 was behind them, only to be hit by another surge due to the Omicron variant.

Pandemic response — as well as reviving the economy that was devastated by lockdowns — will be the next president’s first challenge. How the candidates manage their campaigns could serve as a preview of how seriously they’re taking and how prepared they are to handle the health crisis.

“The elections are very important because the next president will inherit a government and a situation wherein the pandemic remains prevalent, and the economy is in a slump,” said Ronald Mendoza, dean of the Ateneo de Manila University School of Government, in an interview with the Philippine Center for Investigative Journalism (PCIJ). (READ: 'Lockdown is a signal of failure.' Pandemic response is first challenge for next president)

Mendoza was dissatisfied with the government’s pandemic response under Duterte. He pointed to the president's rhetoric that he said had harmed the health campaign and worsened vaccine hesitancy and inequity in the country's regions, as well as the performance of Health Secretary Francisco Duque.

He said the next president could not afford to rely on the hope that the situation would continue to improve. "We cannot base public policy on hope. We cannot base public policy on false expectations that the science does not really back up. Scientists are saying there is no real evidence to suggest that this is all over. That omicron is the worst one that we will face. But there is evidence that vaccinations helped us withstand the omicron surge. And it will help us withstand any possible surges in the future," Mendoza said. 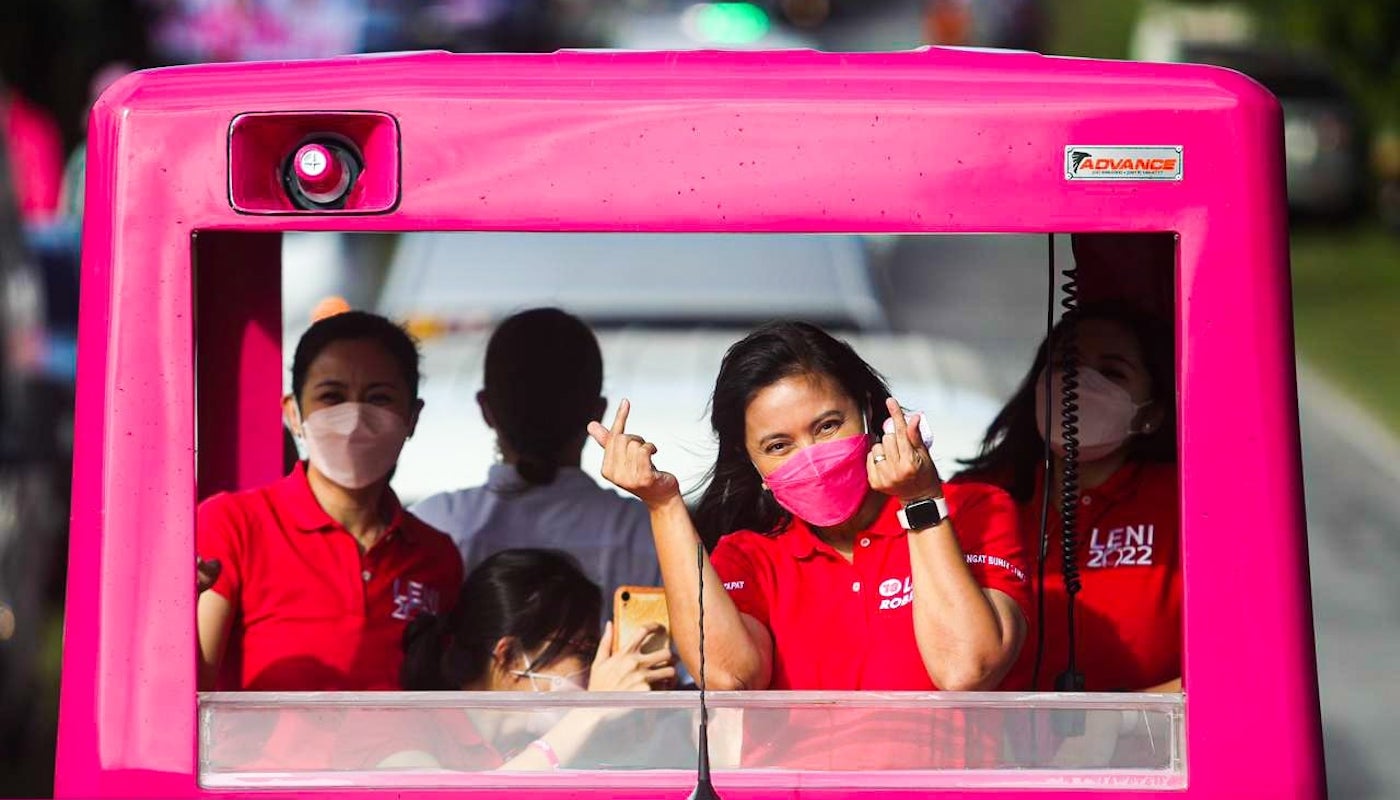 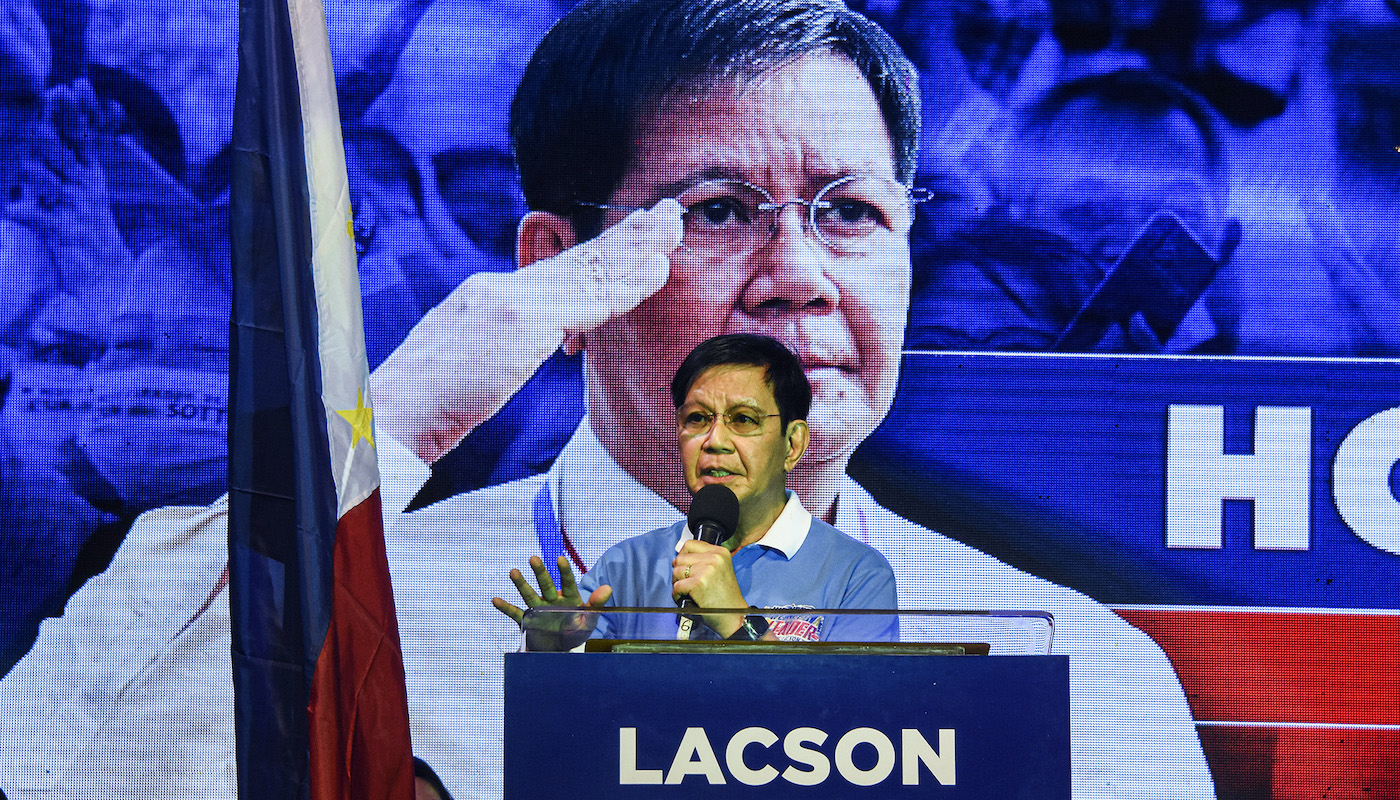 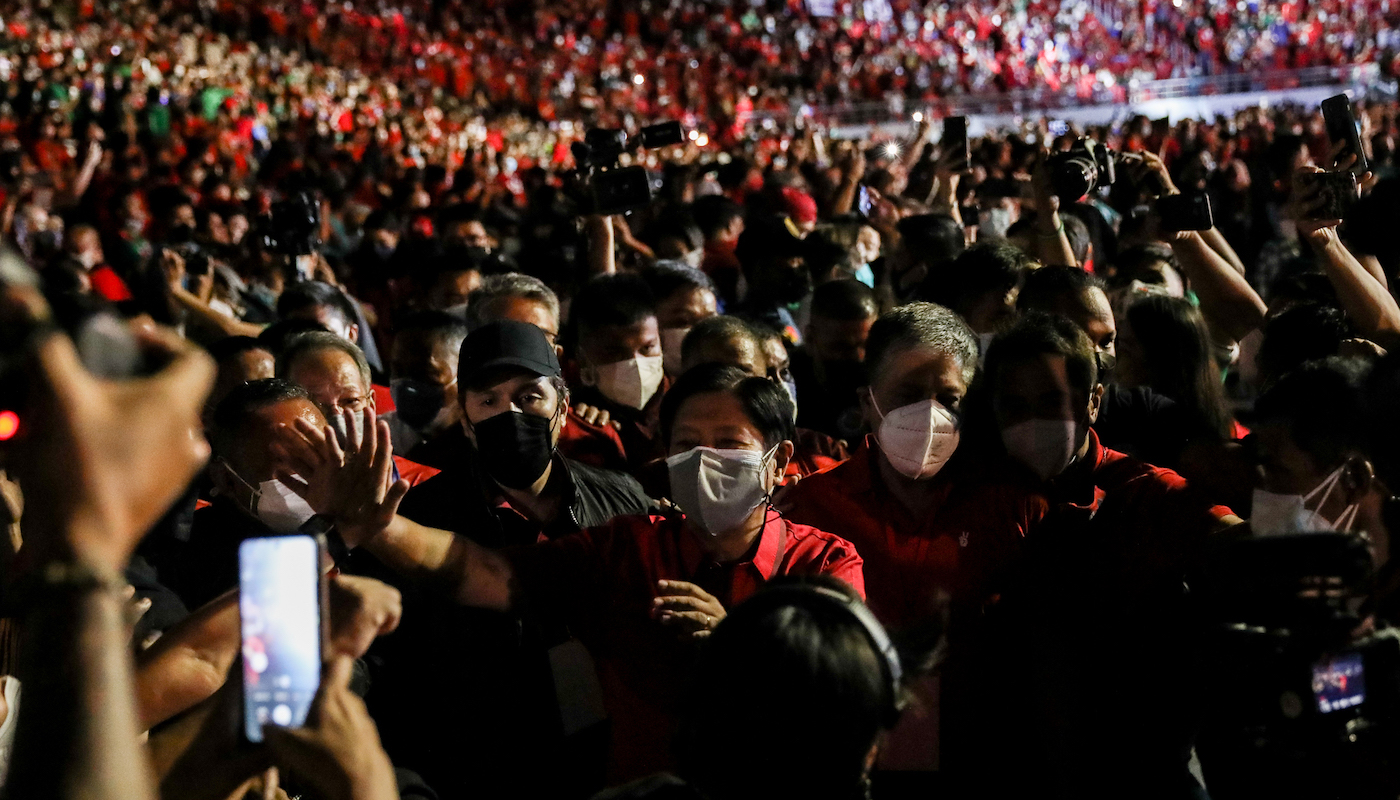 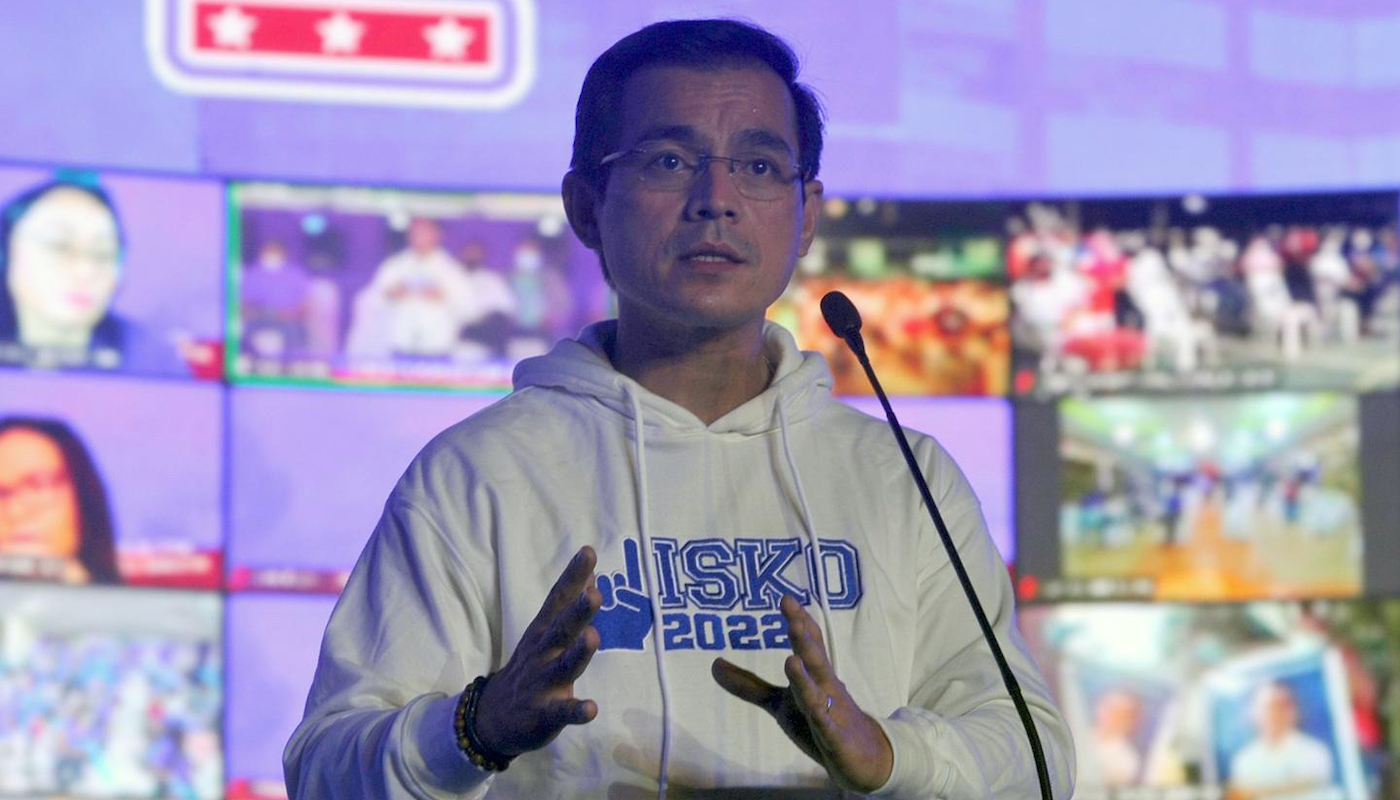 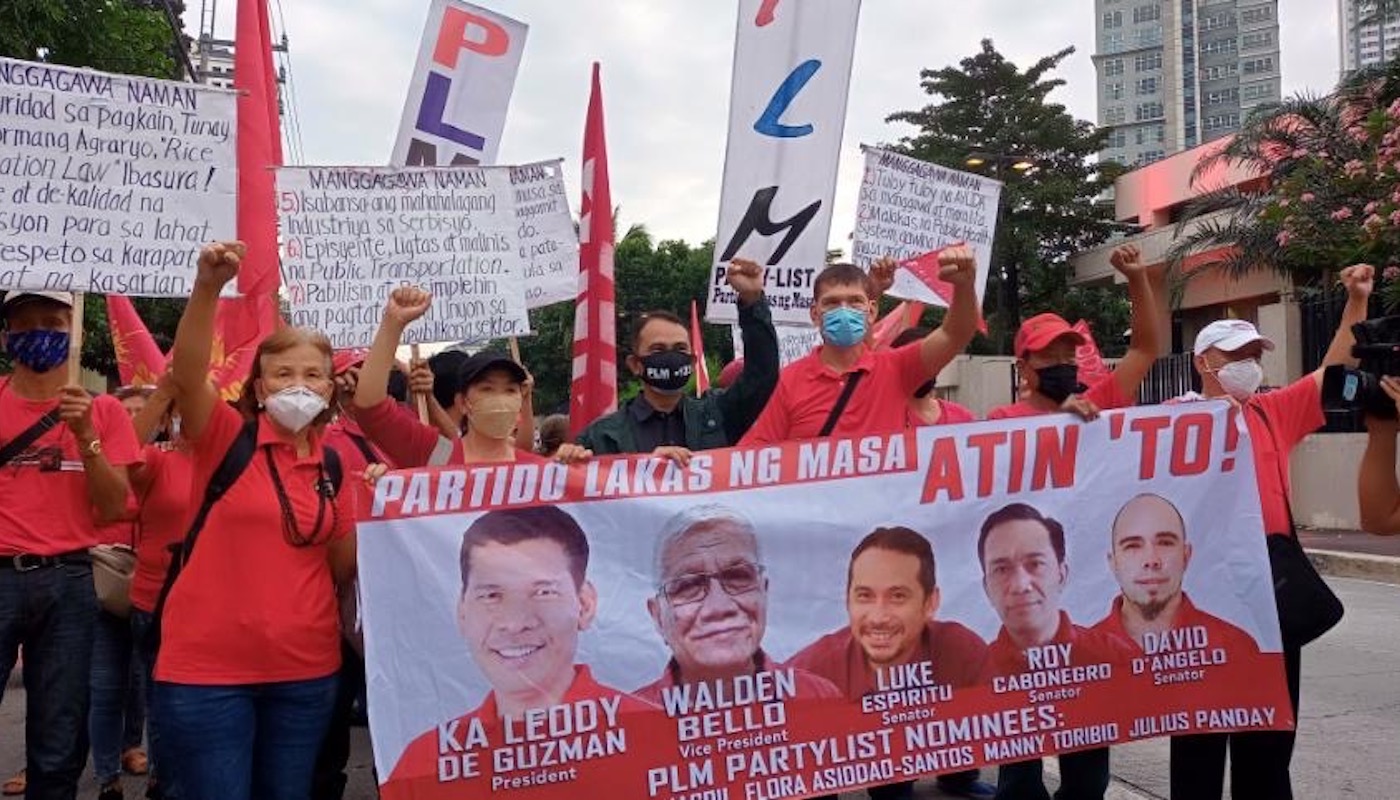 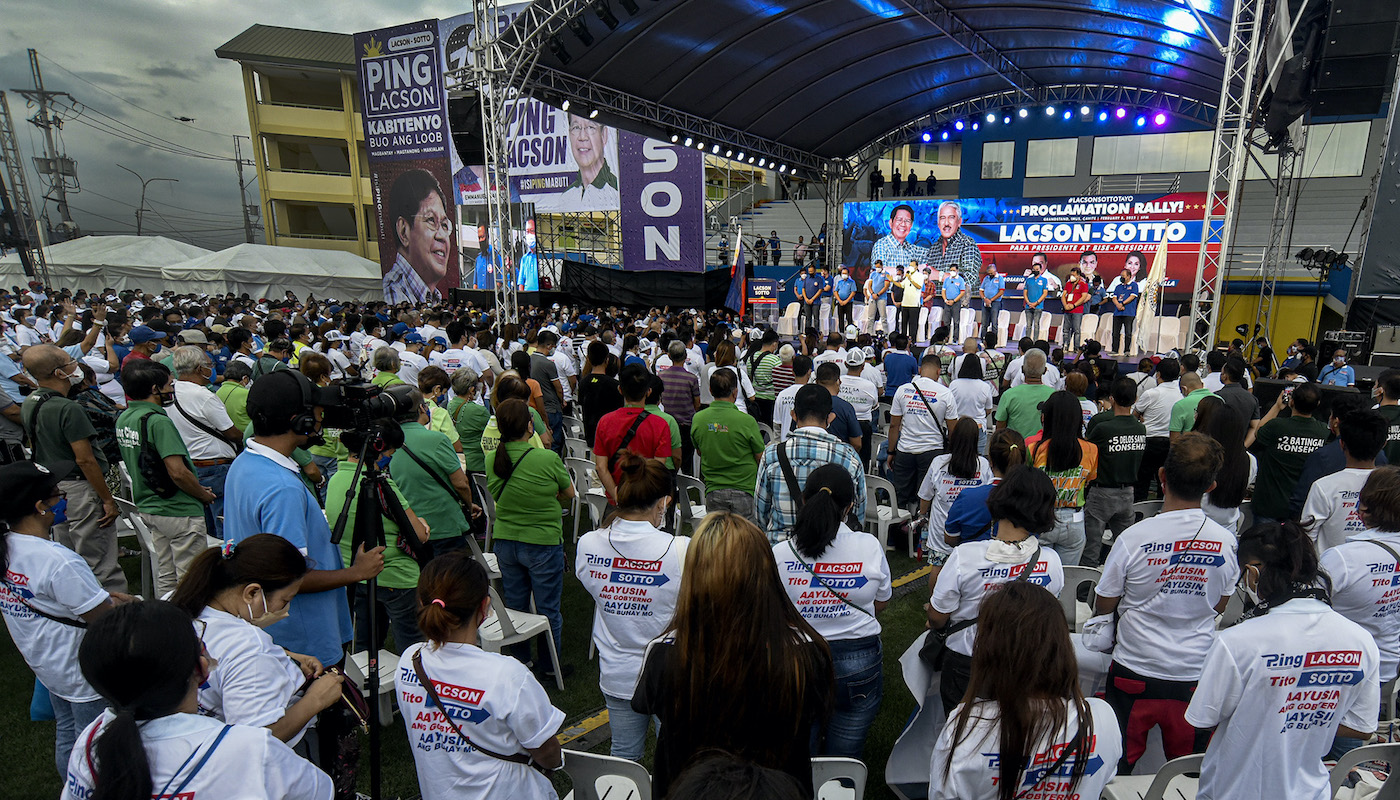 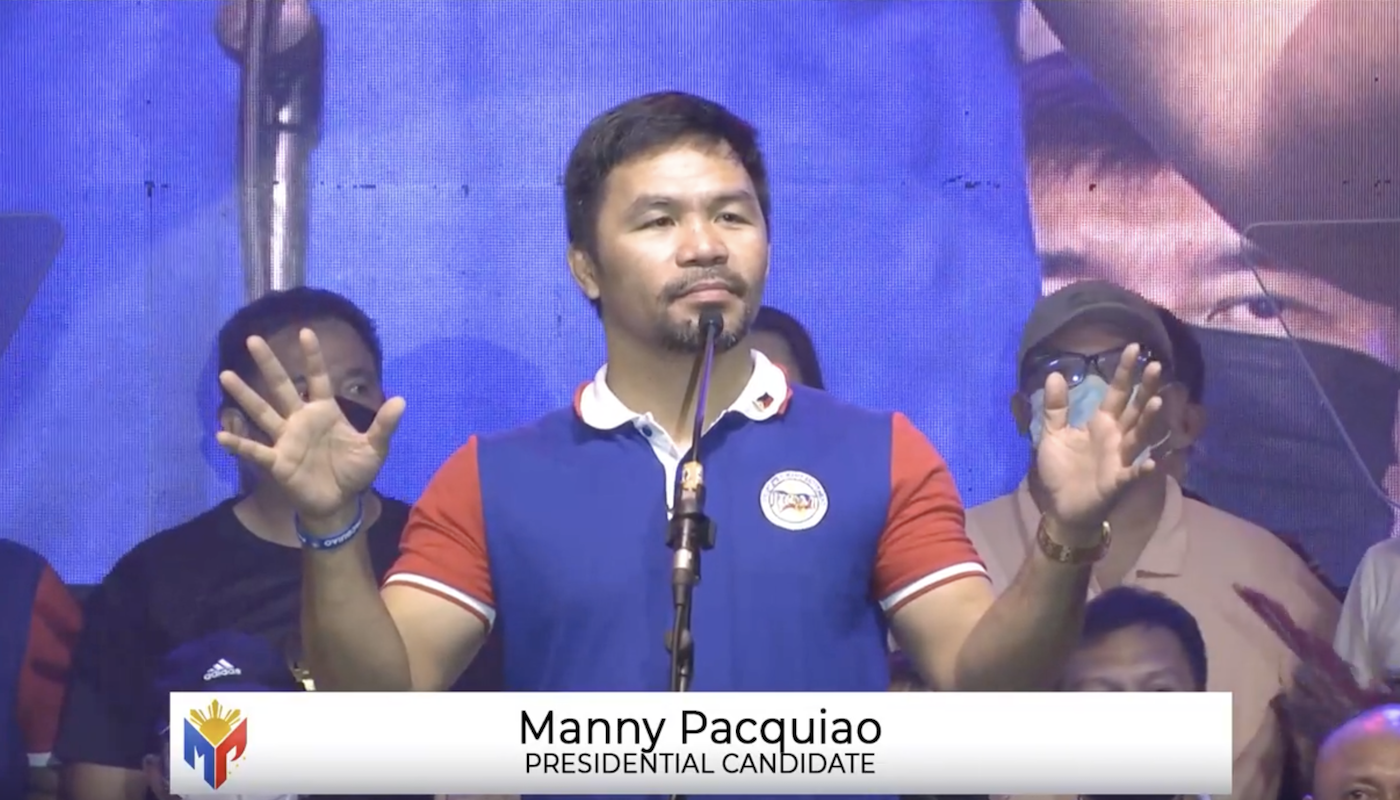 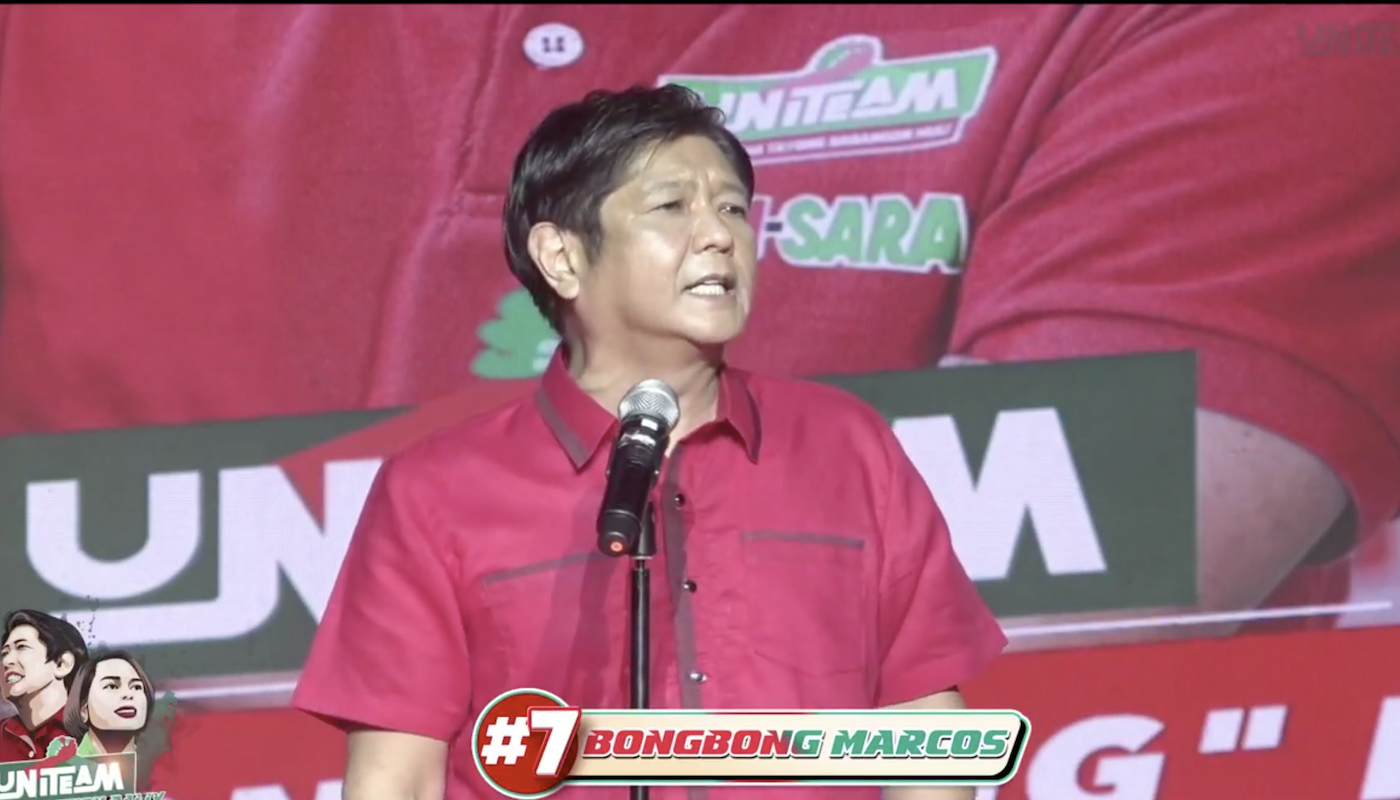 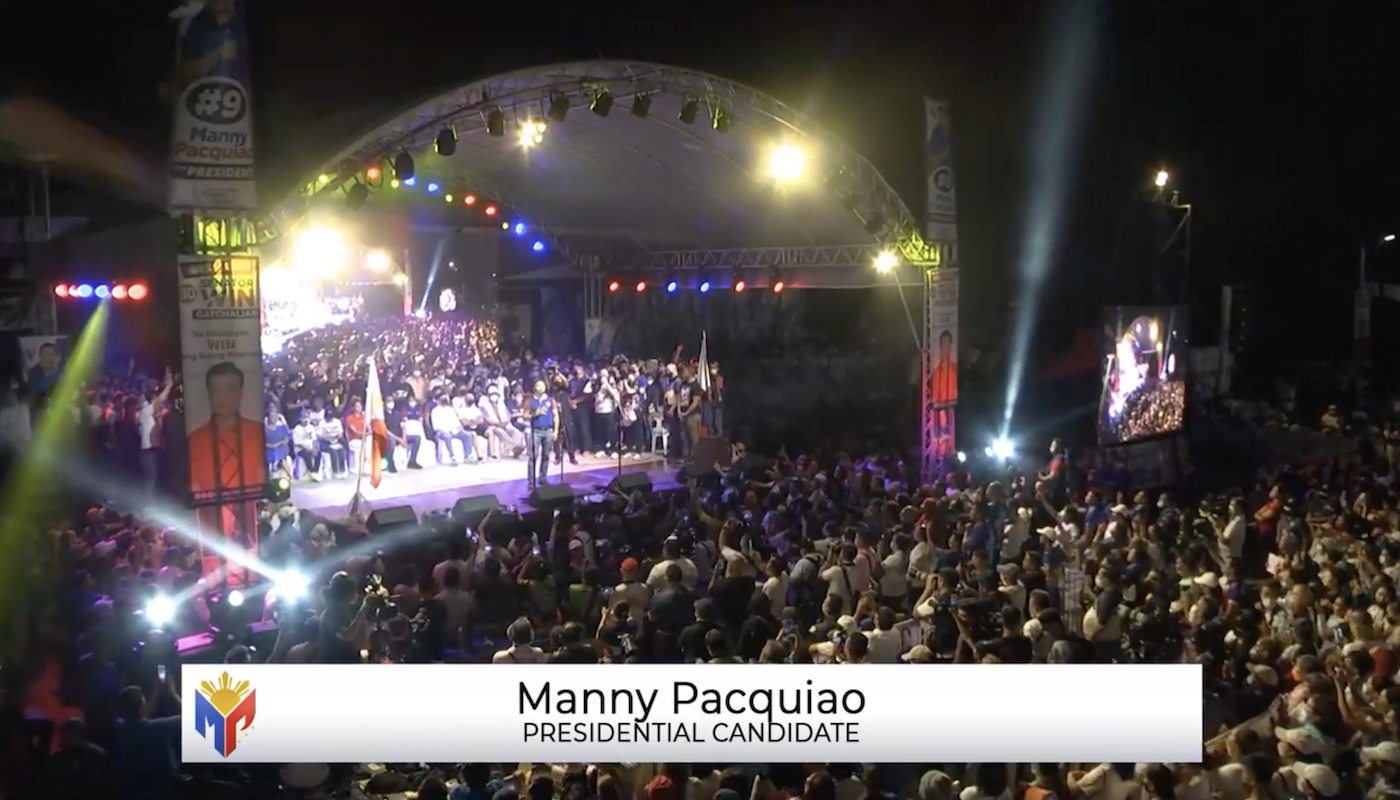 If the pre-election survey trends continue, Duterte’s pandemic mess will be inherited by the son and namesake of the late Philippine dictator Ferdinand Marcos. A survey by polling firm Pulse Asia in December 2021 showed Ferdinand “Bongbong” Marcos Jr. leading against his rivals with 53% support. (DATA: Who is leading in the polls? Nat'l trends and geographic breakdowns)

His dominance has prompted fears and frustrations among critics of his father, including victims of human rights abuses during martial rule. Human rights group Amnesty International reported that up to 70,000 people were imprisoned, 34,000 were tortured, and 3,240 were killed during the Marcos dictatorship.

Thirty-six years after the 1986 People Power that ousted Marcos, the rise of the dictator’s son was attributed by his critics to social media campaigns pushing revisionist versions of the father’s violent regime. This PCIJ report from 2012 showed some of the early versions.

In January, Twitter took down a network of more than 300 accounts supporting Marcos Jr. for violating its policy against manipulation and spam.

Marcos denied that he ran troll farms and his camp disowned the Twitter accounts.

He has shown unwillingness to face tough questioning about his father’s legacy, however.

Marcos has refused several interviews in the lead up to the start of the campaign period. “He’s using his father’s legacy to be elected. How can it be a personal issue on the part of his family [if] he’s using it? Nakikita mo ‘yung irony doon (Do you see the irony there)?” said political science professor Jean Encinas Franco.

“Okay lang gamitin niya (Marcos legacy) pero kapag tatanungin siya about it, hindi pwede (It’s okay to use his father’s legacy but you’re not allowed to ask questions about it)? That’s very unfair," she added.

Media groups including the PCIJ have released a statement urging candidates to join debates and forums. There's a concern that “candidates' hesitation to appear before the press while still seeking election indicates the attitude towards the media that they might adopt when already in power,” they said.

Vice President Maria Leonor “Leni” Robredo is Marcos’ closest rival, based on the same poll. She gained ground after she filed her candidacy in October and has galvanized the anti-Marcos forces. She would need to improve her 20% support in the succeeding polls to give Marcos a competition.

Domagoso and Senators Emmanuel Pacquiao and Panfilo Lacson trailed behind with single-digit support in the polls, but it’s still early in the campaign. Philippine voters have shown they can be fickle.

Barring any new Covid-19 surges, the candidates are expected to make the rounds of the country's regions to maximize the 90-day campaign period before the elections on May 9.

They’ll boost their online presence, too, as social media rises among the dominant sources of information among voters. But television is still king as internet penetration is still a problem in many areas in the country.

Lacson topped ad spending in traditional media in 2021, spending nearly P1 billion. But Marcos caught up toward the end of the year. He spent P310.26 million in advertising in December alone and topped ad spending among all candidates that month.

Leody de Guzman, a labor leader who joined the presidential race, has lamented how the campaign has become a race among moneyed candidates. "That is what is unfair in our election system. It’s a contest between moneyed candidates. Indirectly, it’s like elections are for sale," he told the PCIJ. END

Photos of Domagoso by Kenneth Guda and Lacson by Angie De Silva. Other photos were contributed or courtesy of the candidates' campaign pages.