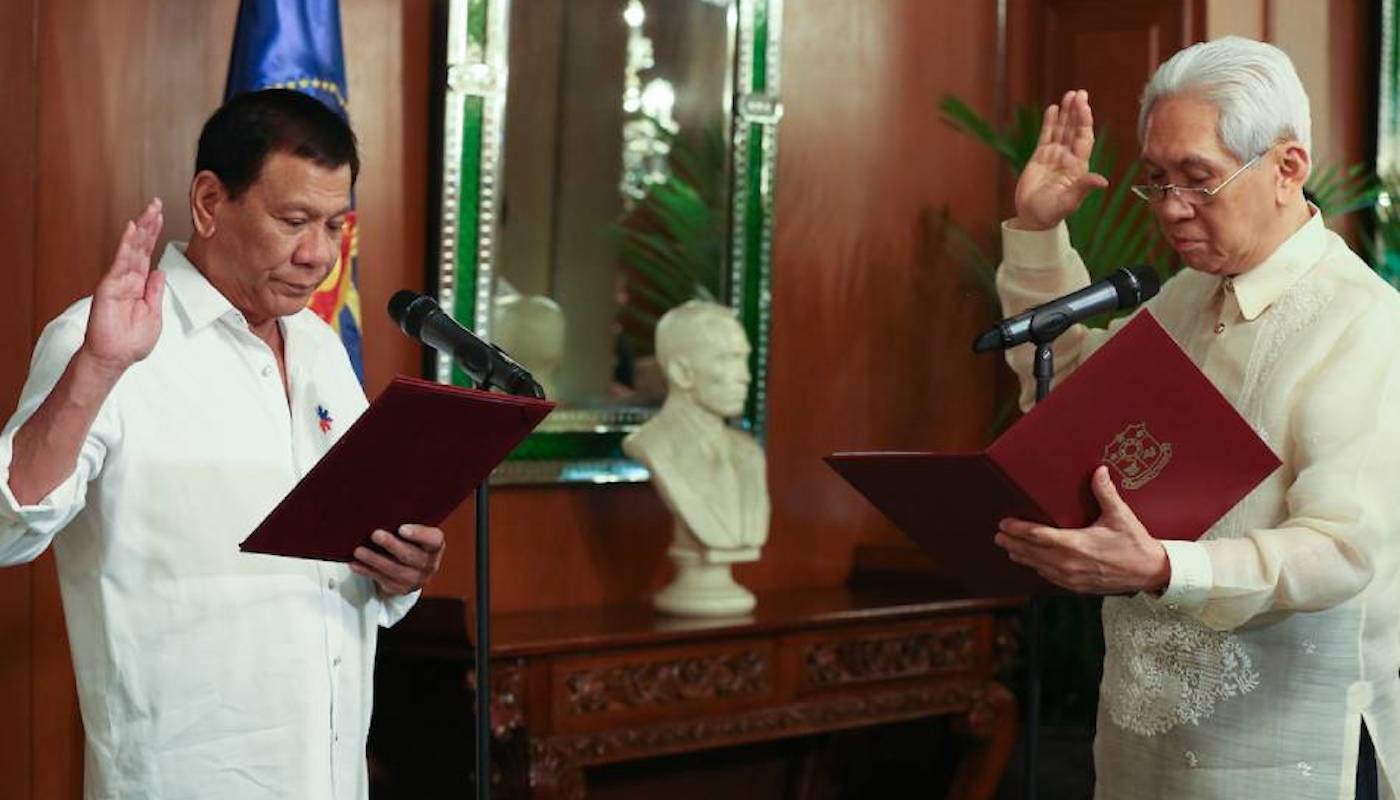 President Rodrigo Duterte has kept his wealth secret until the end of his presidency.

The Philippine Center for Investigative Journalism’s (PCIJ) request for a copy of his last Statement of Assets, Liabilities, and Net Worth (SALN) as sitting president again ran into a dead end.

The central office of the Office of the Ombudsman is the custodian of the SALN of presidents, vice presidents, and constitutional officials. In 2020, Ombudsman Samuel Martires issued Memorandum Circular No. 1 Series of 2020 to restrict access to the documents.

Despite the memorandum, this reporter reached out to the Office of the Ombudsman via telephone to request a copy of Duterte’s SALN. However, the office immediately cited the 2020 memorandum and advised this reporter to get the document from the declarant.

No request shall be accommodated without this authorization, the staff at the Office of the Ombudsman said.

This reporter also called the Office of the President’s Malacañang Record Office (MRO), but the staff said the office did not have a copy of Duterte’s SALN.

Even before the 2020 memorandum, the Office of the Ombudsman refused public access to SALNs. The last of Duterte’s publicly available SALN was released in 2018. It covered his wealth declarations for the previous year, 2017, or his second year as president.

Republic Act (RA) 6713, also known as the SALN Law, provides for the public access to SALNs. But the Supreme Court, which is dominated by Duterte’s appointees, upheld the Ombudsman memorandum in a July 2021 decision.

“The power to regulate the access by the public to these documents stems from the inherent power of the custodian to control its very office to the end that damage to, or loss of, the records may be avoided,” the high court said.

Based on his 2017 SALN, Duterte had a net worth of P28.5 million during the reporting period. He listed nine properties under his name, which were purchased from 1996 to 1999 and in 2008. Three residential and two agricultural properties were listed under the name of his daughter, Veronica, who was then a minor.

Duterte declared a personal loan amounting to P800,000.00 from Samuel C. Uy, a Davao-based businessman who is an independent director of MacroAsia Corporation, an aviation support company. The same personal loan was declared as early as 2015 in the amount of P1.2 million.

Uy was one of the top contributors to Duterte's presidential campaign in 2016. He donated P30 million and was then listed as owner of Davao Farms and Davao Import Distributors Inc. Six years later, in the May 2022 elections, Uy ran and won as mayor of Tarragona town in Davao Oriental. 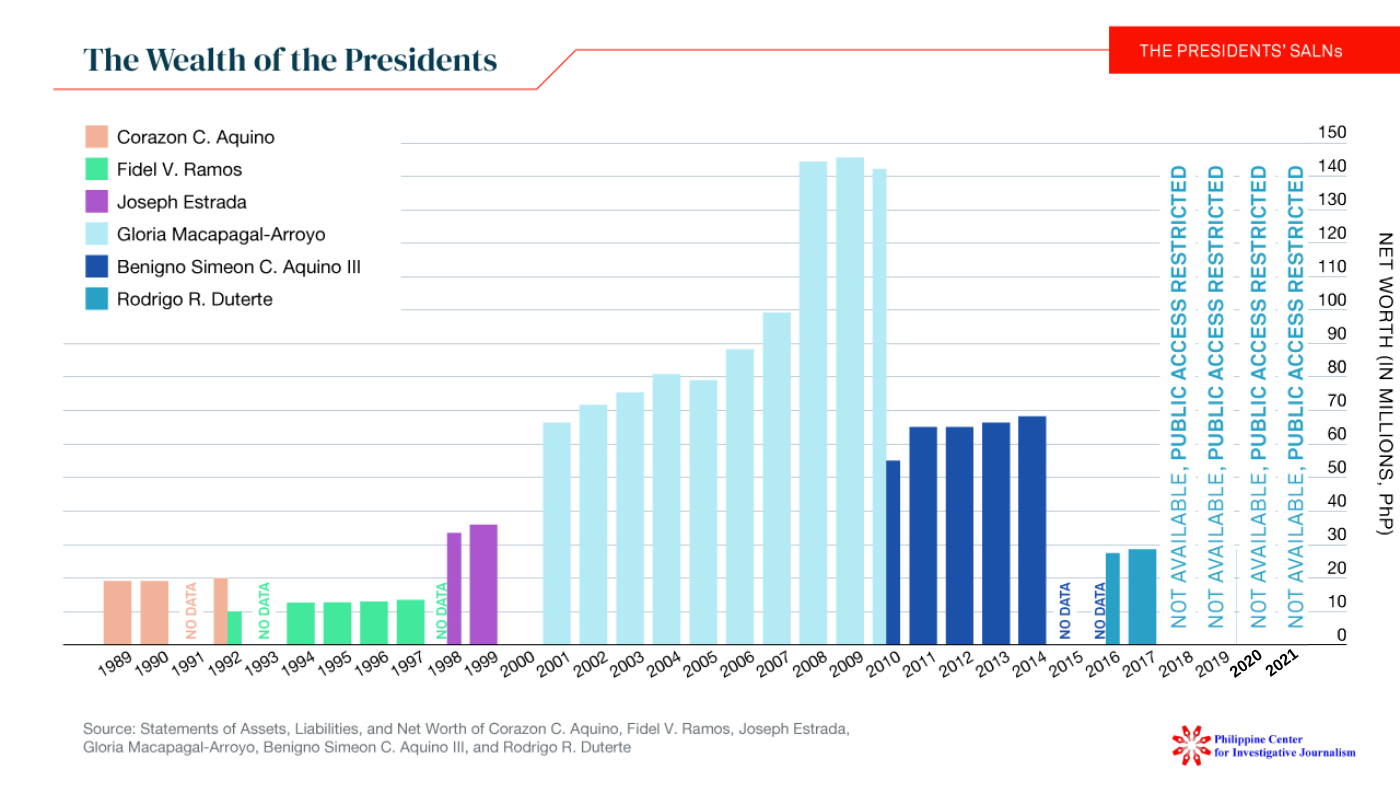 The Office of the Ombudsman also proposed amendments to the SALN law, which included a jail term for anyone  who makes commentaries on the SALN. Critics said it was tantamount to censorship.

Other proposed amendments were found to be vague, such as the granting of too much discretion to public officials and employees over which assets to declare in the document.

PCIJ’s requests filed with theh Senate, House of Representatives, and Clerk of Court have yet to be accommodated and approved. 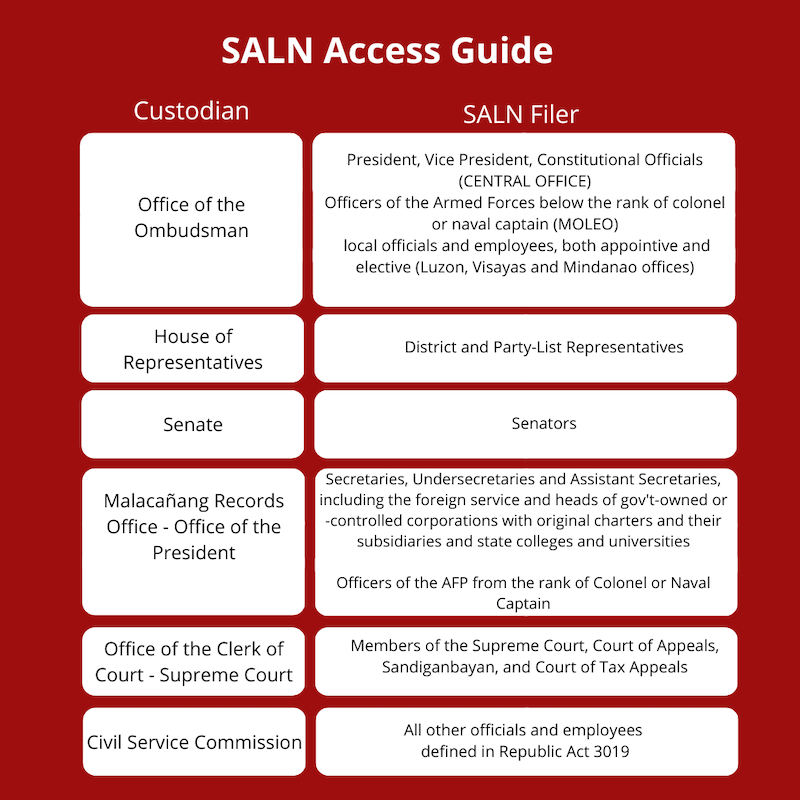 The Office of the President’s Malacañang Records Office released SALN documents of fewer secretaries compared this year — 29 officials — compared to last year when it released the documents of 37 officials.

Below is the list of Cabinet members and their net worth in 2021 and 2020 as declared in their SALNs:

Requests for SALNs from the House of Representatives, Senate and the Supreme Court had yet to be granted.

Meanwhile, the Office of the Secretary General acknowledged the request on June 6. It noted that the SALN Review Committee will be convening to evaluate the request.

A similar request was also filed to the Clerk of Court. No response was given to the said request as of this writing.

The Senate, House of Representatives and the Supreme Court have withheld access to copies of full SALNs over the years.

The same procedure is applied by the Supreme Court. Full SALNs of court members may be requested but these requests are subject to the Supreme Court en banc’s approval. Wealth summaries are also released without the need for a request. END

By law, actual copies of SALNs should be open for public inspection at reasonable hours or available for copying after 10 working days from the time they are filed.