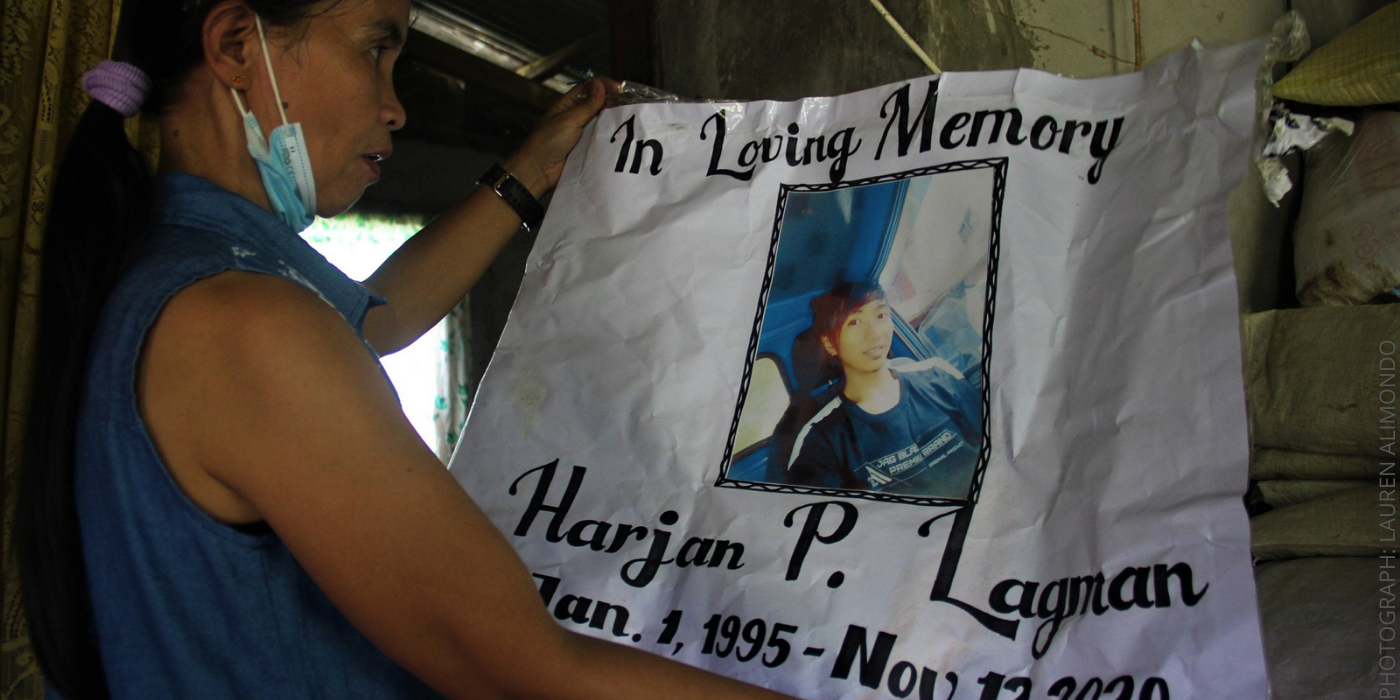 In loving memory — a photo essay

The photo essay looks into the abduction case of Harjan Lagman, whose headless body was found in a ravine along Labey-Lacamen Road in Benguet. Justice for his death is still yet to be achieved for his family half a year after his death.

“Treated like an animal.” This was how Harjan Lagman’s parents described the way their son was killed.

On Nov. 11, 2020, Linda Lagman, a junkshop owner in Baguio City, found out that Harjan had been abducted. The day after, his headless body was found in a ravine on Labey-Lacamen Road at Barangay Ambassador in Tublay, Benguet.

Five months since the death of the 25-year-old, the clamor of the bereaved family has been firm and consistent: Justice.

Harjan’s headless body was seen by construction workers lying on the ground in a landslide-prone area where there are only a few houses. They reported it to police officers conducting road monitoring.  The headless body was later identified as Harjan’s by his parents.

“It’s been five months and whenever I wake up, I remember my child, the way they tortured him. If you see your child treated like that, how would you feel?” Harjan’s father said in the local dialect.

Despite multiple searches, the family and members of the community were unable to locate Harjan’s head.

Harjan’s memory remains vivid in the places he had visited, his photos, and his belongings. His parents kept his clothes and his shoes.

“It’s hard to forget our son especially with what happened to him. My birthday happens to be on November 1 (All Soul’s Day) and Harjan’s birthday is on January 1,” Harjan’s father added.

Linda recalled how her son grew up in their hometown outside the city and learned to drive at an early age.

Harjan’s earnings as a driver for a gas delivery service helped the family amid the difficulties brought by the Covid-19 pandemic, she said.

If not medical waste and vehicles involved in road crashes, dead bodies were retrieved by local responders in Benguet’s ravines from 2019 to 2020.

In the last two years,  29 cases of killings and dumping of cadavers in Baguio City and Benguet were probed by the Commission on Human Rights Cordillera. Majority of the cases remained under investigation.

After an extensive investigation, the Baguio City Police Office identified the suspects on Dec. 16 as police officers of the Regional Drug Enforcement Unit (RDEU) of Police Regional Office Cordillera.

A week after the suspects were identified, Baguio City police turned over the case to the National Bureau of Investigation “in the hope that this will dispel any suspicion or doubts on the integrity of the investigation and of allegations of any possible cover up.”

As she sorts through the discarded plastic, cans, and metals at the junk shop, Linda finds time on social media to share her family’s call for justice for Harjan’s death.

“It is painful. But I kept on enduring [the pain]. This is not a game where I can give up. I will fight as much as I can and I know God is there to help. We want justice,” said Linda. 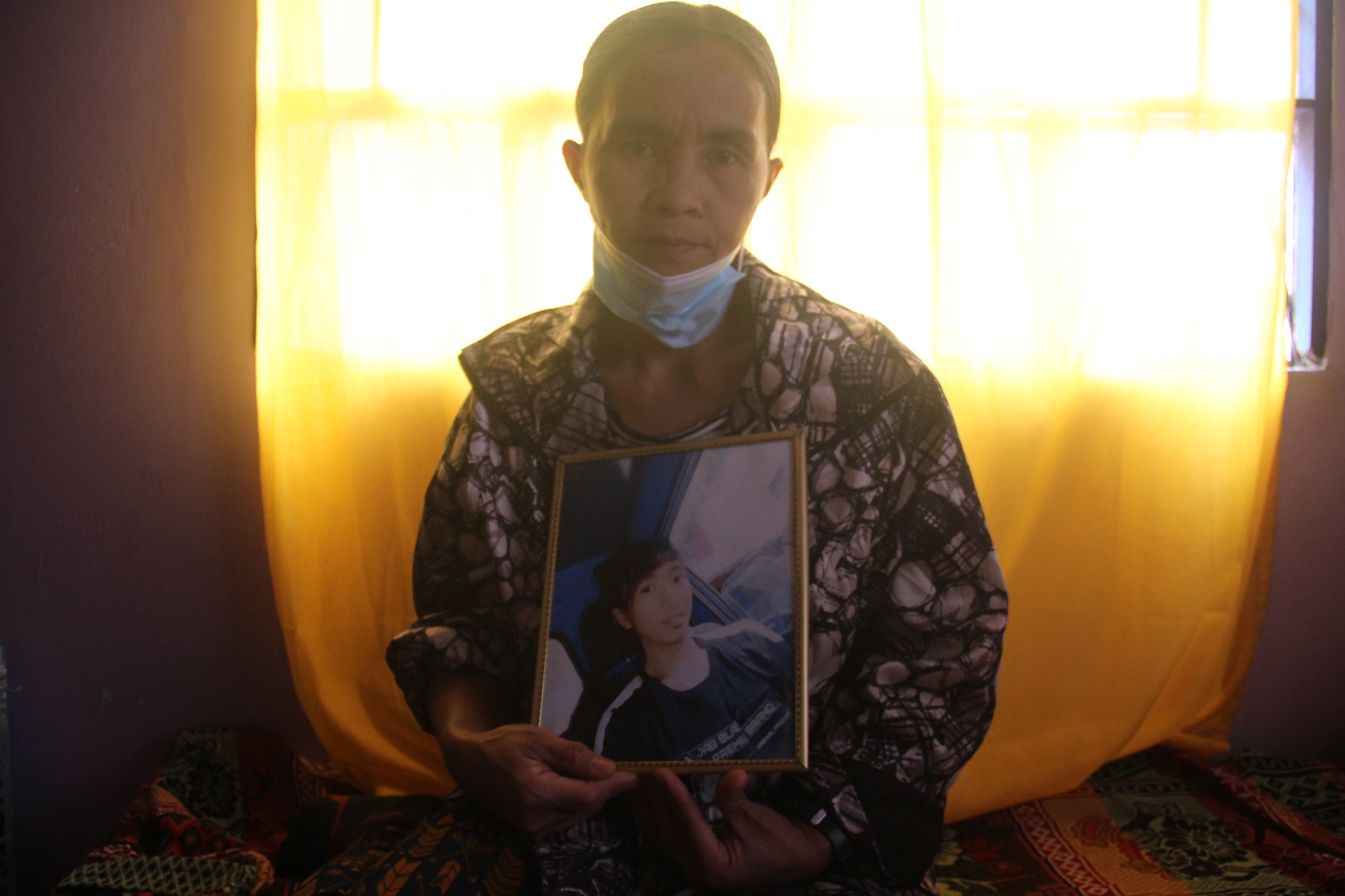 Linda Lagman holds a photograph of her son Harjan, whose headless body was found with several hack wounds Nov. 12, 2020. Unable to forget the death of her son, Linda continues to fight for justice. 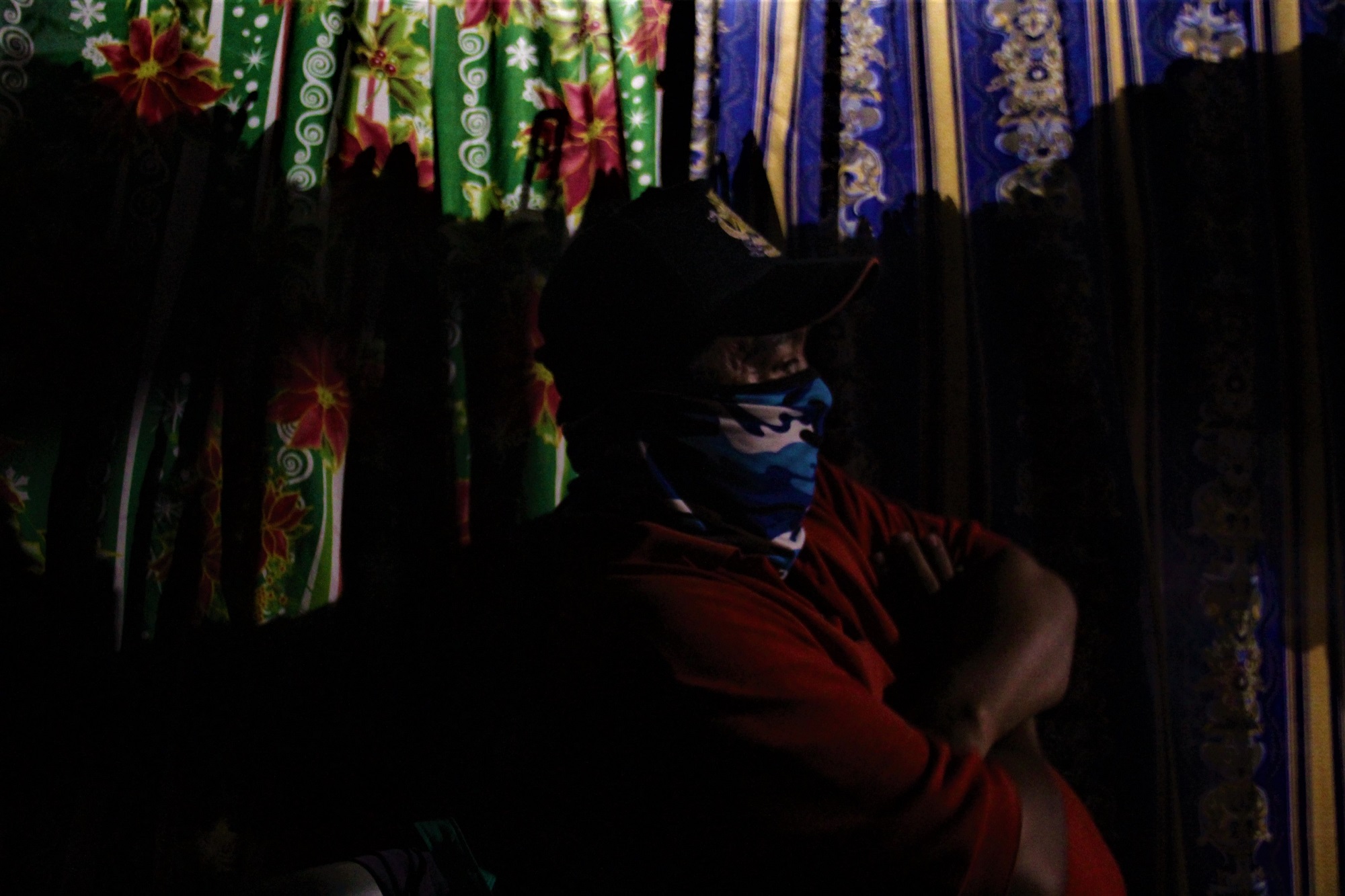 Harjan’s father is photographed inside their home in April 2021, five months after the untimely demise of his son. He remains hopeful the suspects will go to prison. 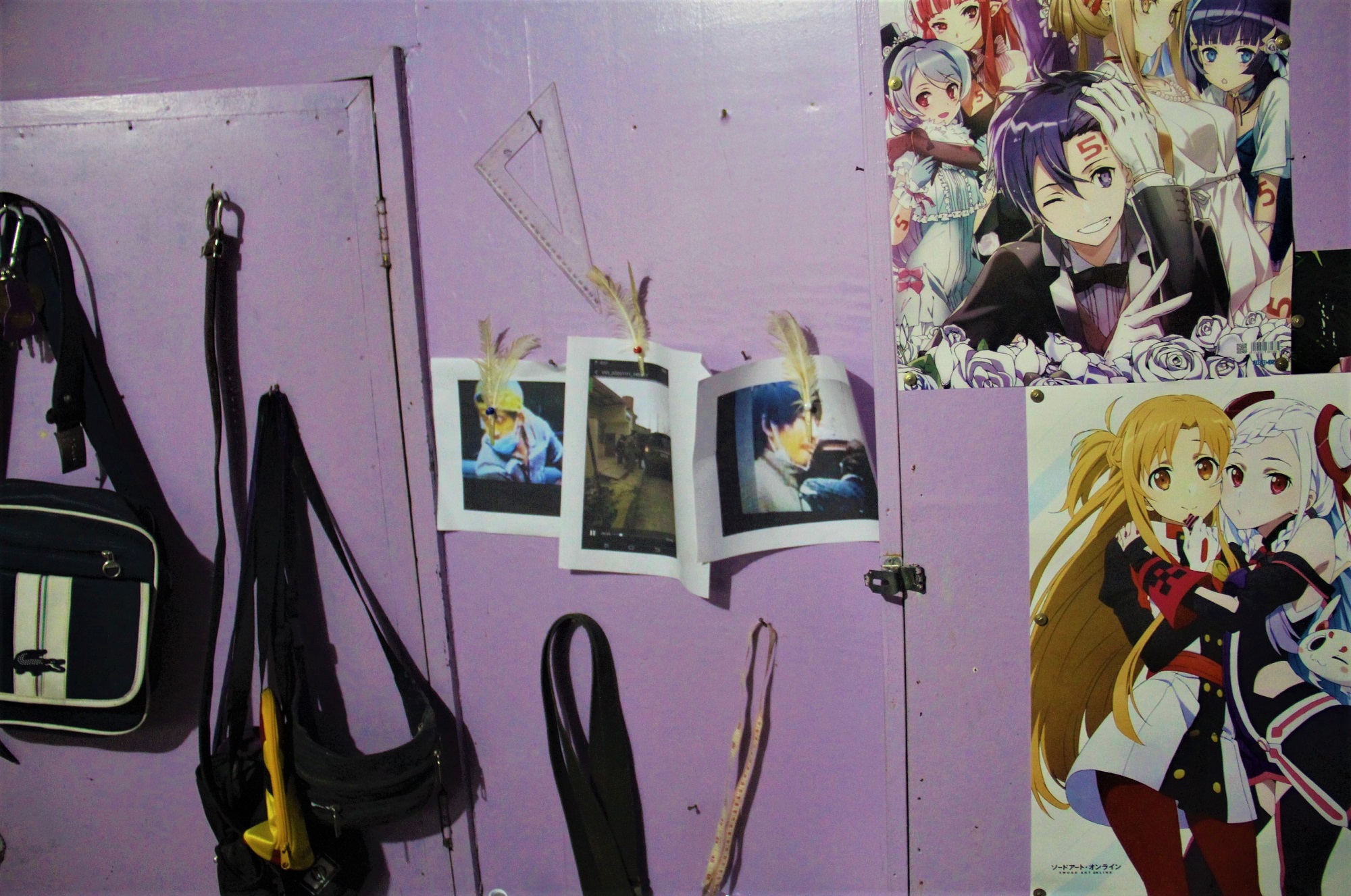 Screenshots of the viral video showing the abduction of 25-year-old Harjan Lagman are seen inside the family home. Aside from consulting a lawyer, the family pursues other means to obtain justice, such as prayers and rituals. 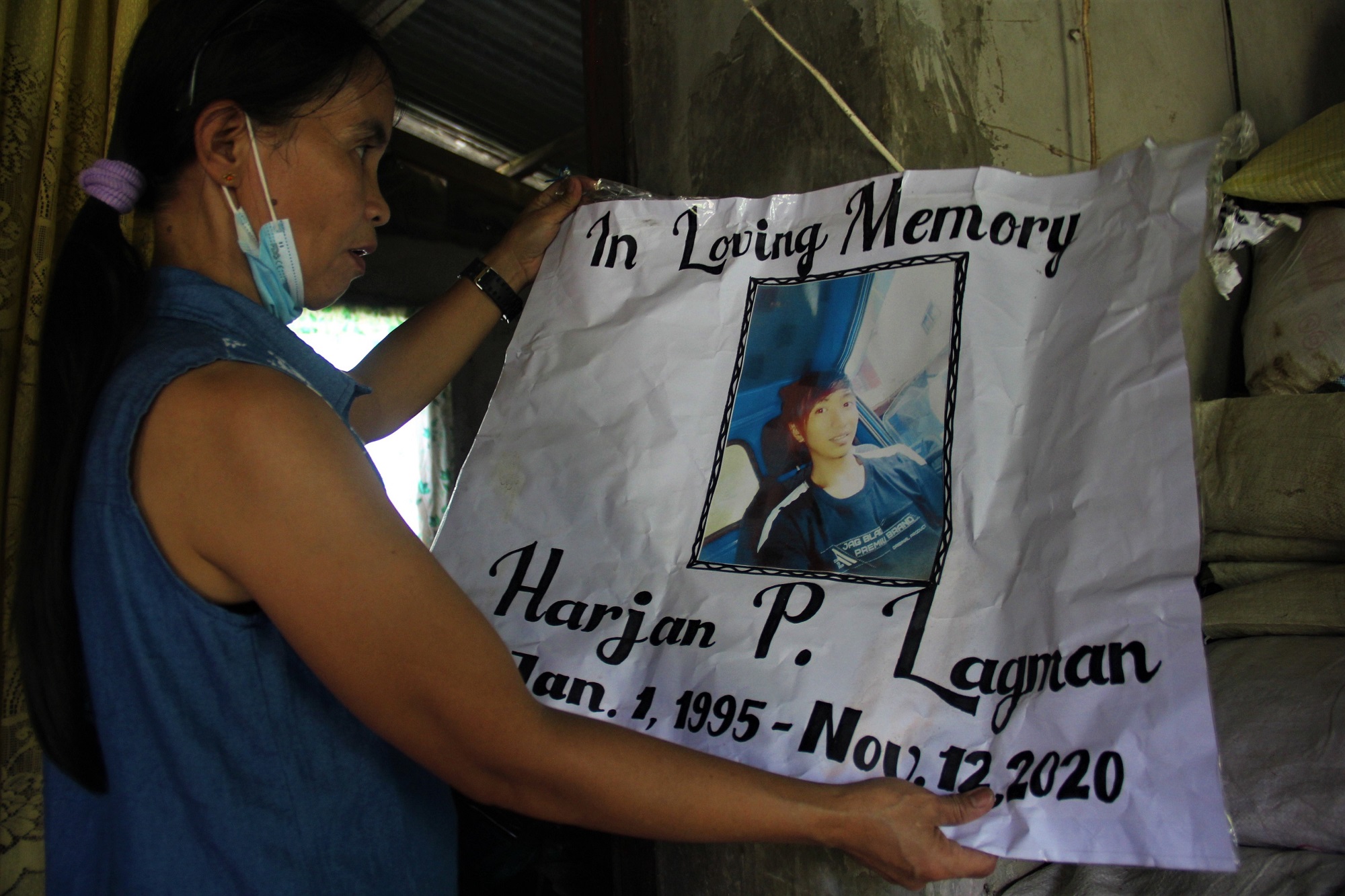 Linda shows the ‘In Loving Memory’ sign used during Harjan’s burial. Linda recalls that her son was on his way home when he was abducted on Nov. 11, 2020. The following day, his headless remains were found. 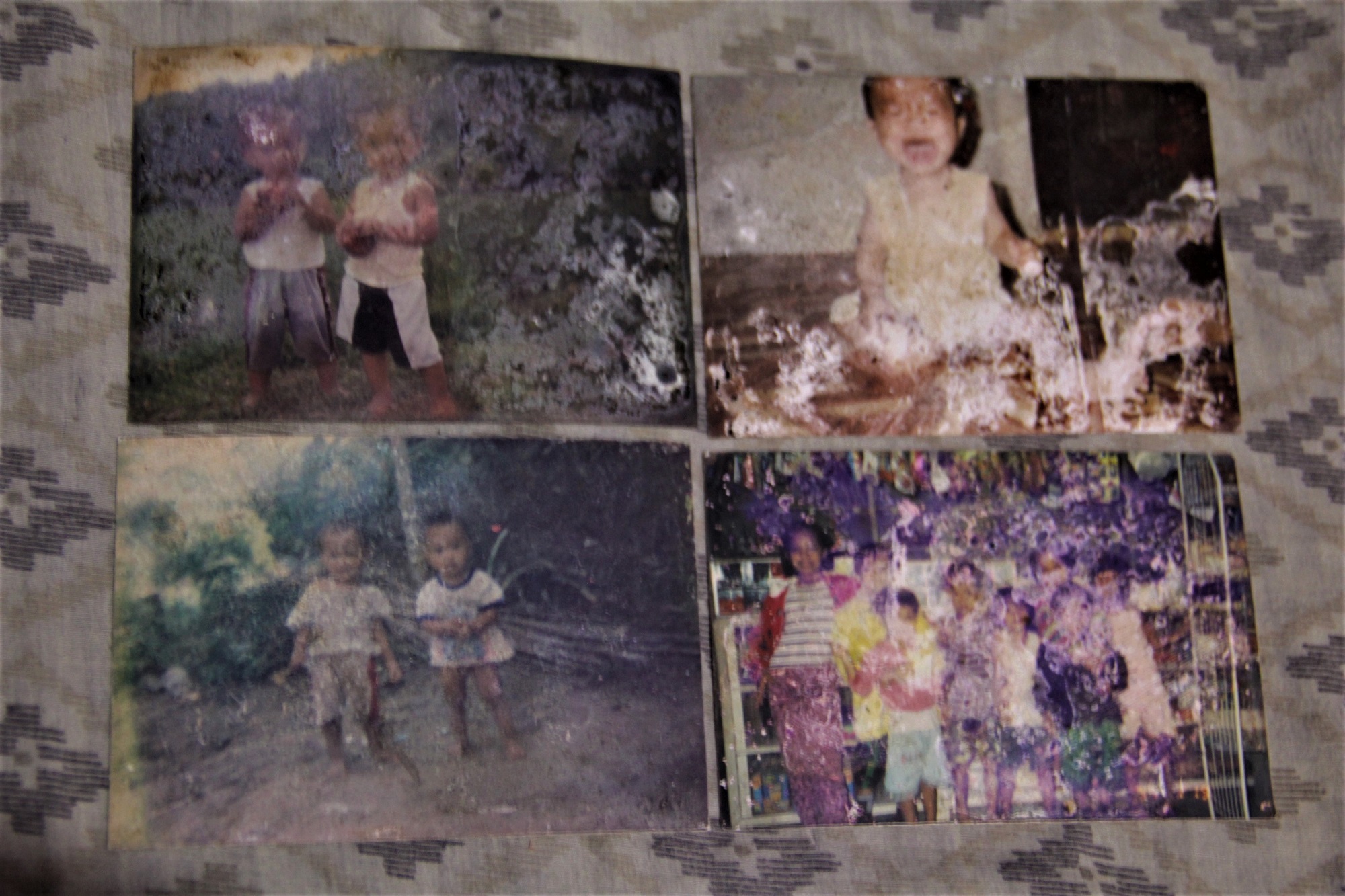 Baby photographs of Harjan Lagman are laid out in his room. Harjan’s parents describe their son as simple and hardworking. He was able to help the family cope with the difficulties brought about by the pandemic. 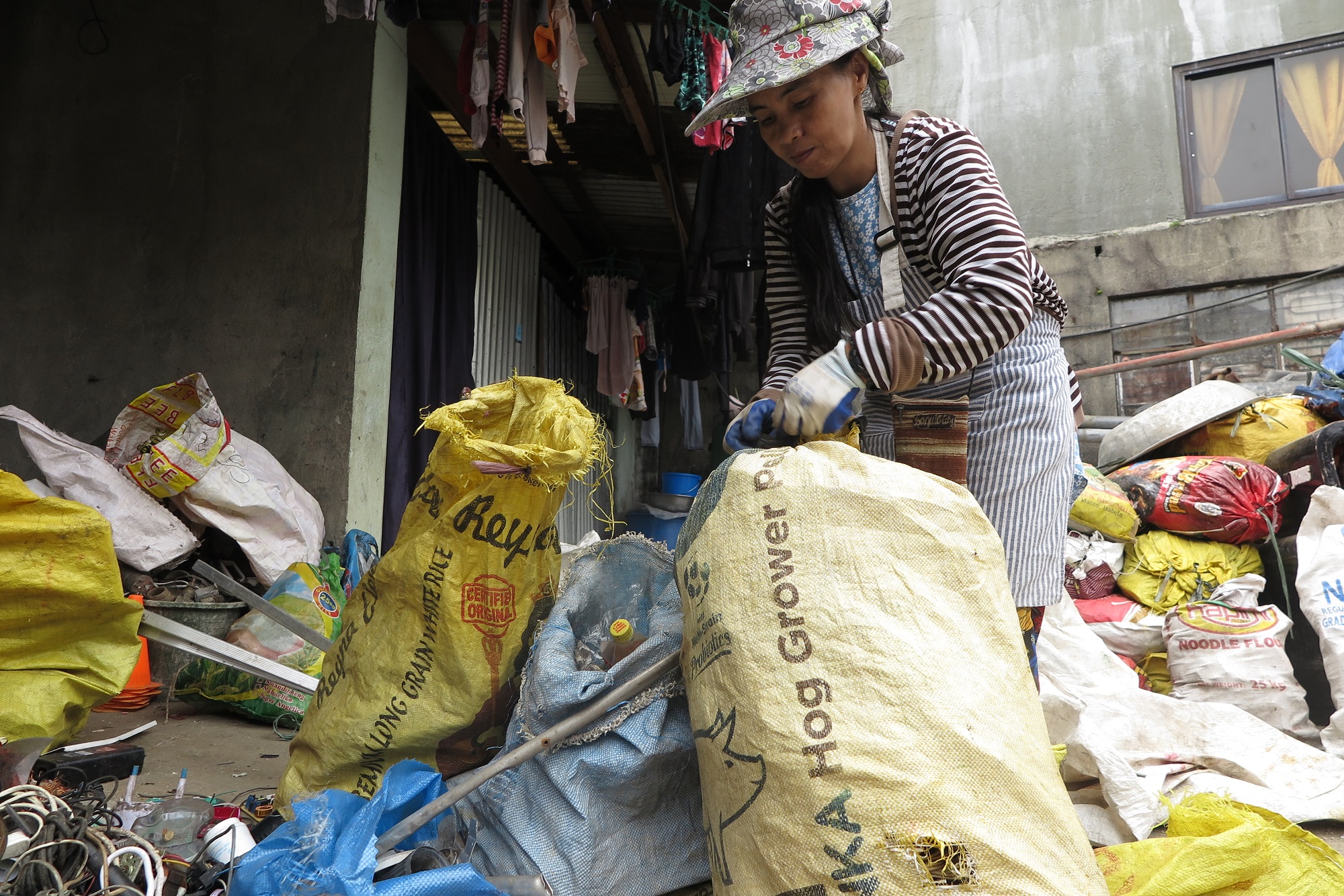 Linda, a junkshop owner, sorts out scrap materials in her workplace. She hasn’t been able to work as much since Harjan’s death. That Harjan’s decapitated head remain remains missing despite multiple searches is also a cause of distress. 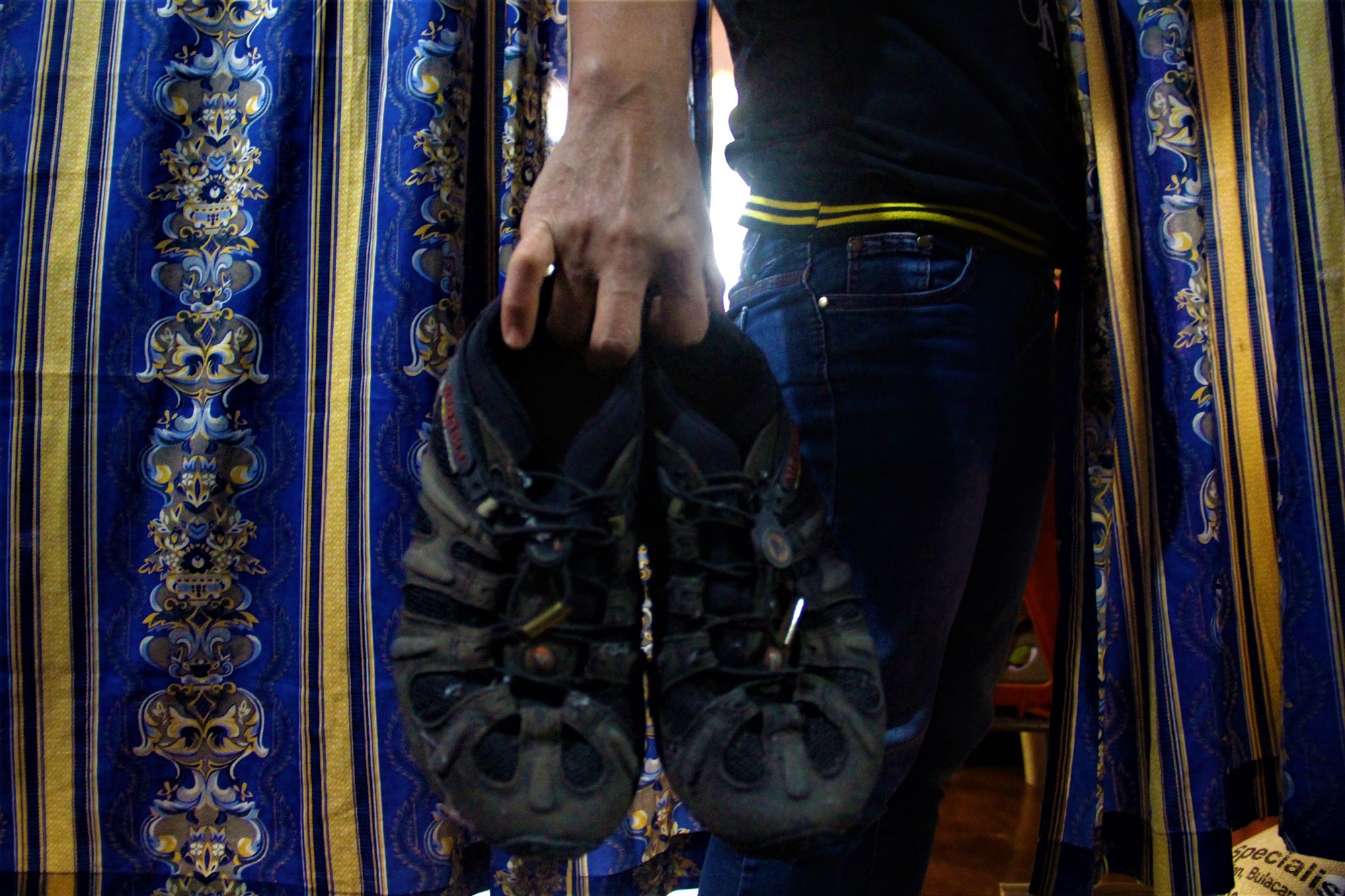 Linda shows Harjan’s shoes, one of her son’s belongings which the family kept after his death. 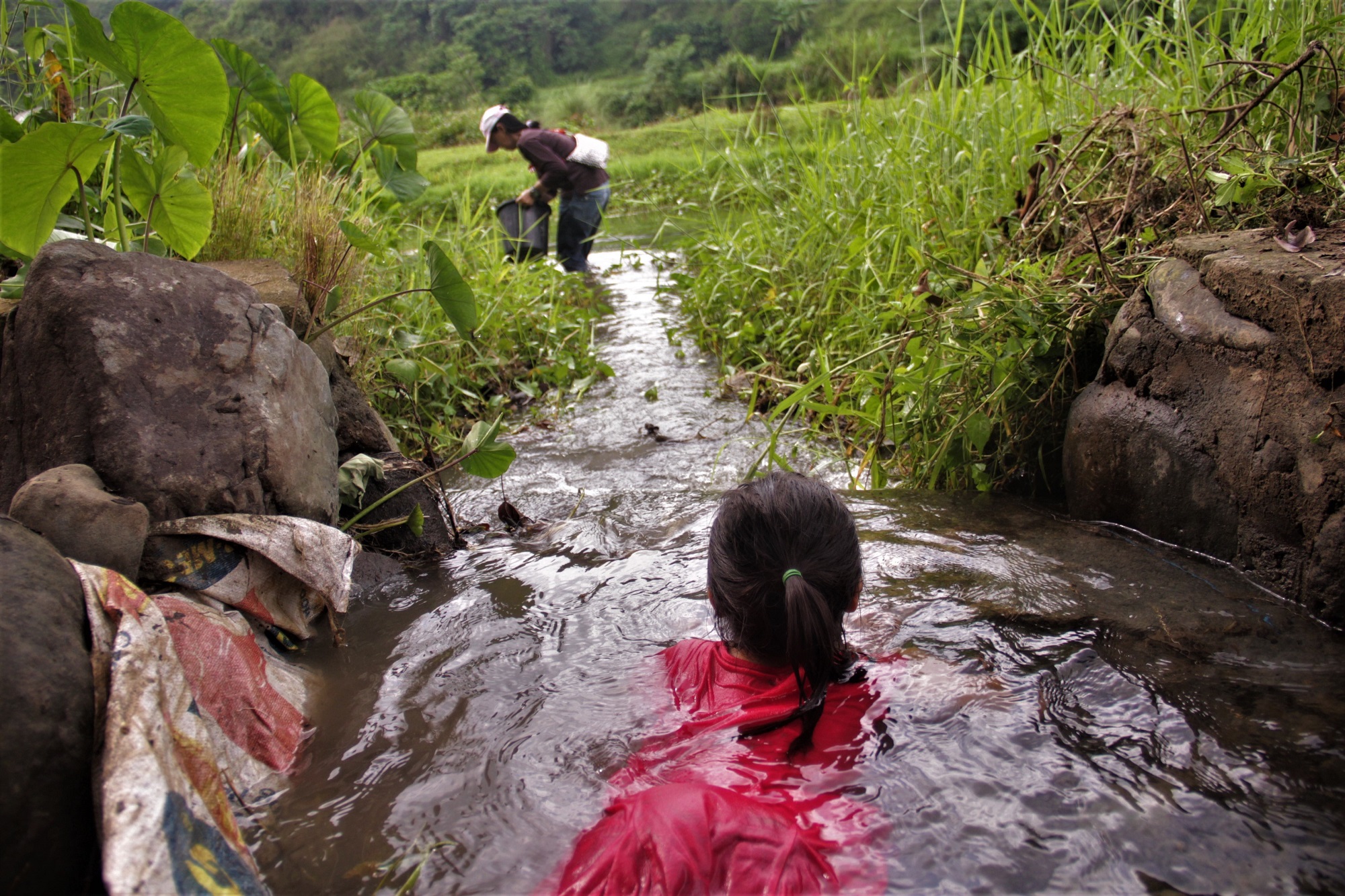 Linda gathers water spinach, locally known as ‘kangkong,’ as a child is seen swimming in the river. This is the place where Harjan grew up, she says. 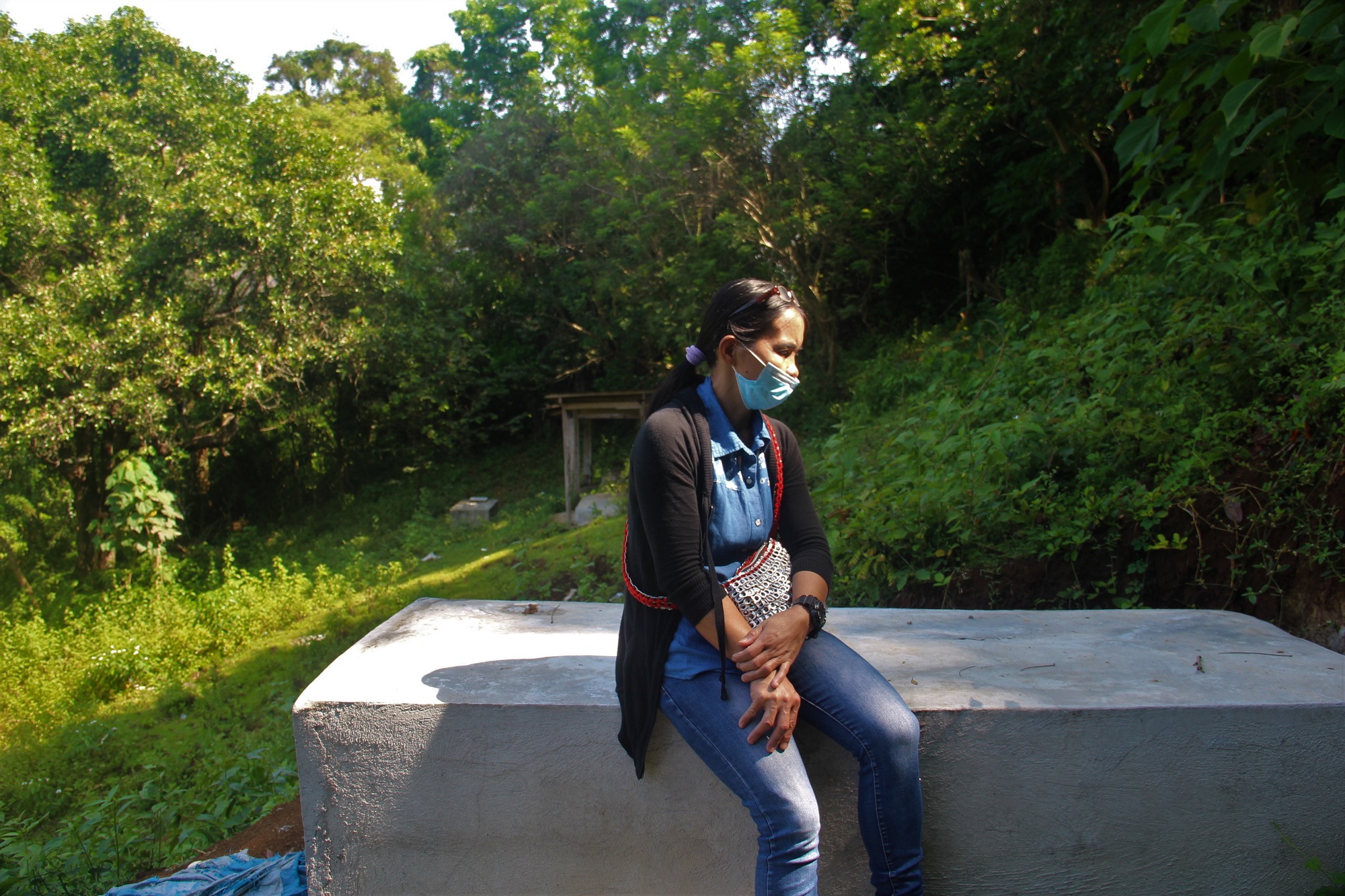 Linda Lagman is photographed at the tomb of her son, whose remains were buried with departed relatives. 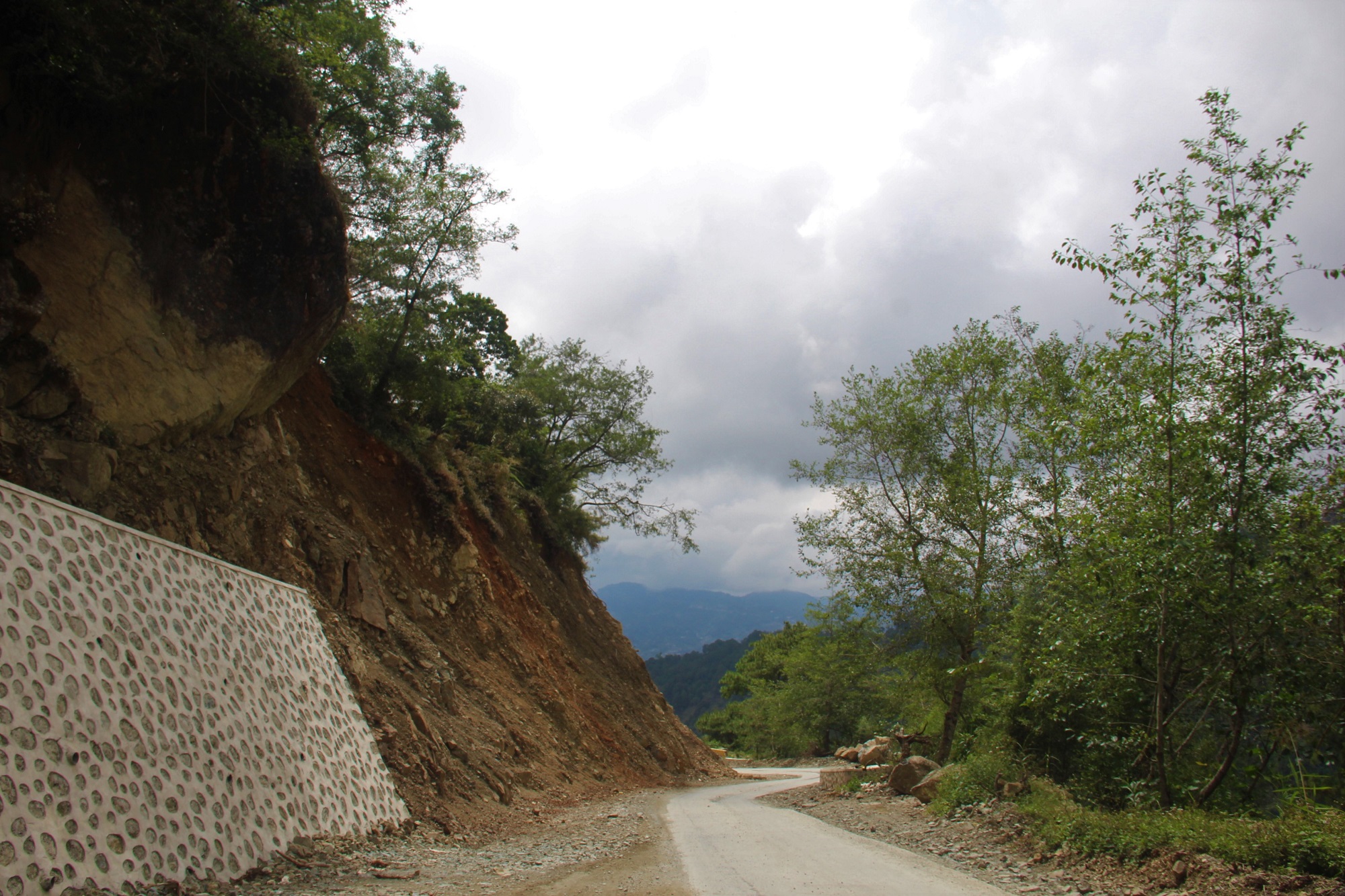 The headless body of Harjan, a resident of Baguio City, was found in a ravine here, along Labey-Lacamen Road at Barangay Ambassador in Tublay, Benguet. Spearheading the investigation of the case is the National Bureau of Investigation in the Cordillera Administrative Region. 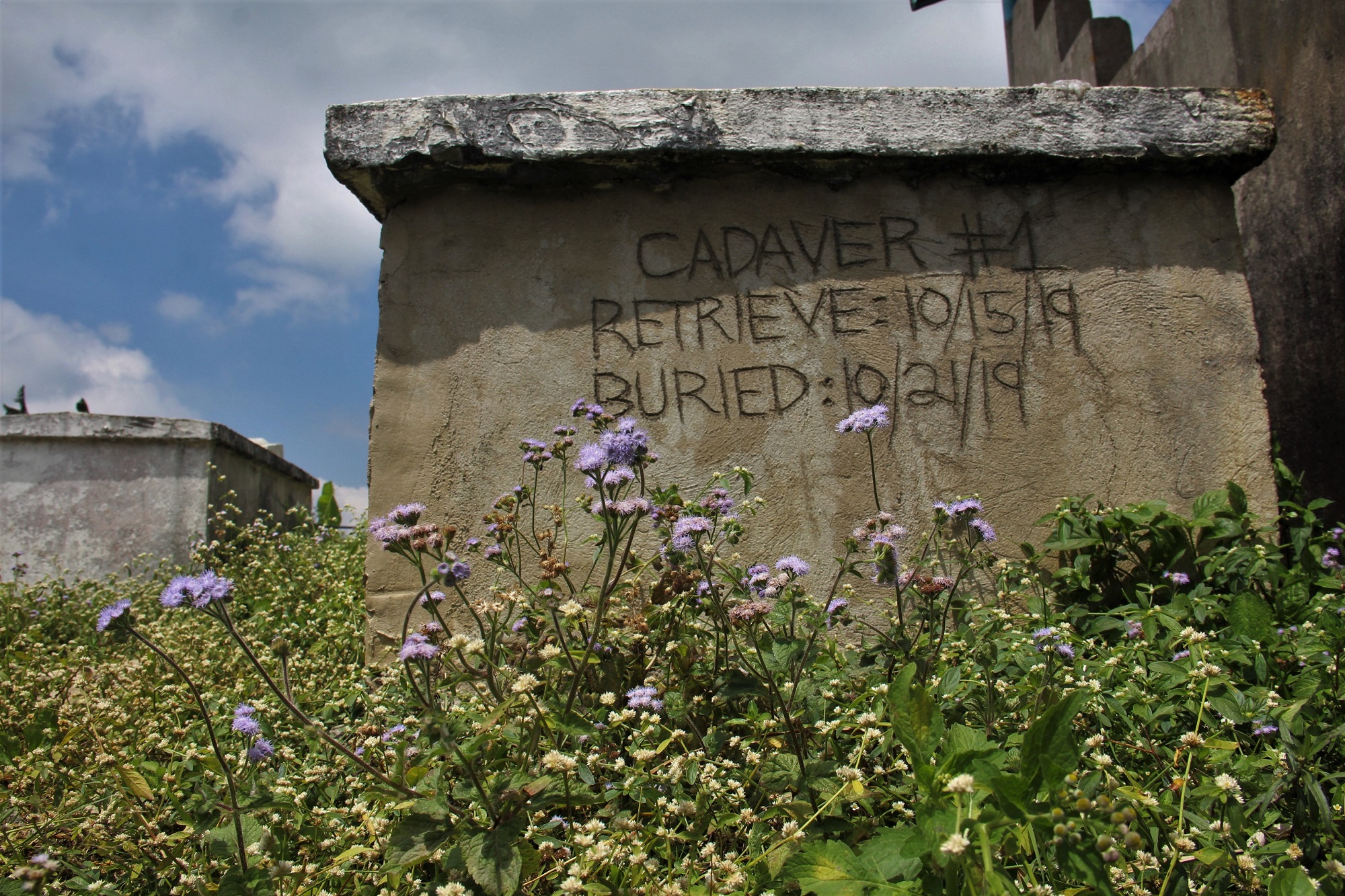 Aside from Harjan, eight bodies were also recovered in a ravine near Marcos Highway at Sitio Poyopoy in Tuba, Benguet. Five of the unidentified bodies were buried in a public cemetery. 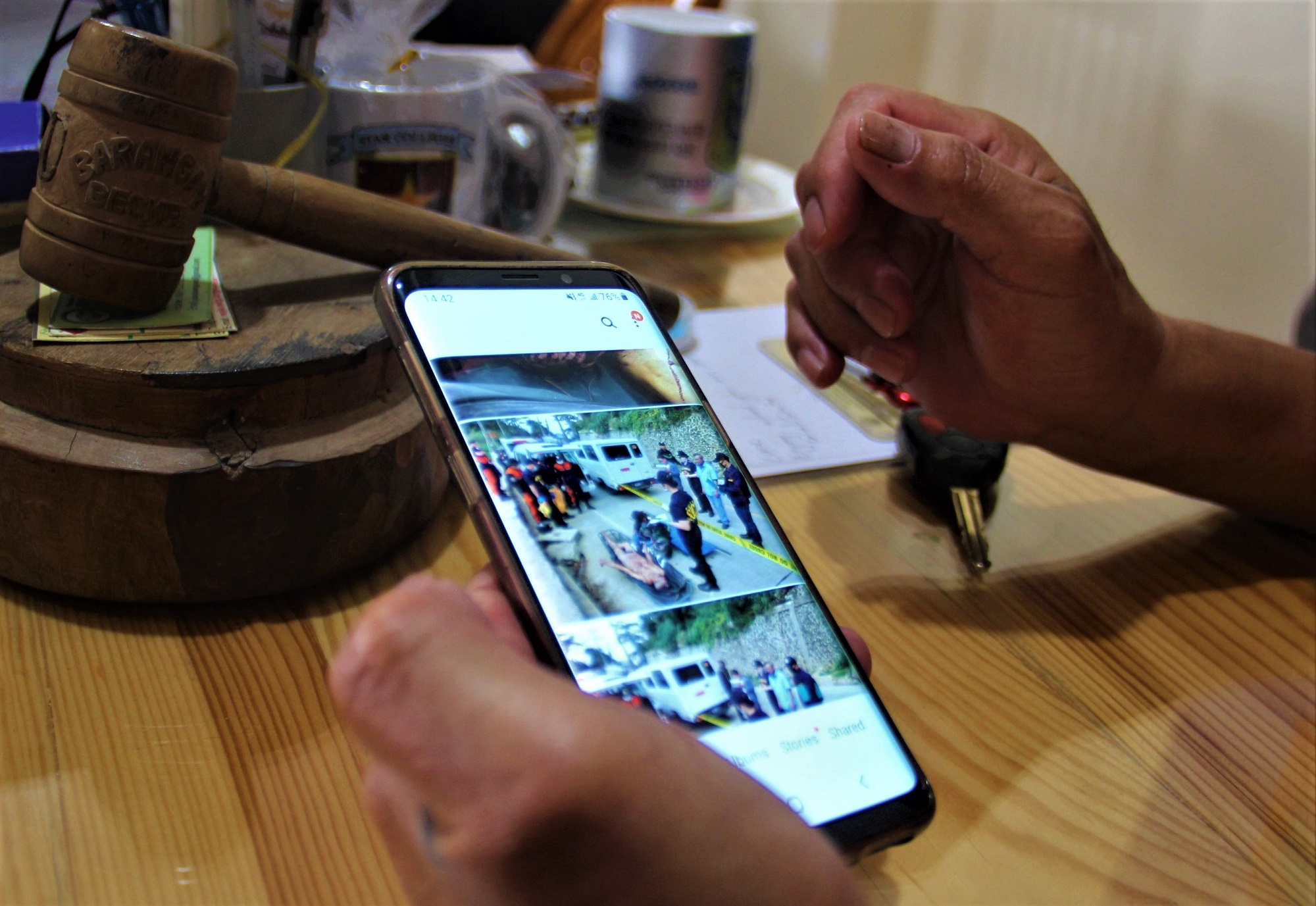 Barangay Chairman Antonio Gregorio shows photos of the retrieval operation for an unclaimed body, whose naked remains were found in a ravine near Lamut Junction at Barangay Beckel in La Trinidad, Benguet on Feb. 27, 2020. On the same day, another body was retrieved in a ravine near Longlong in Barangay Puguis, La Trinidad. 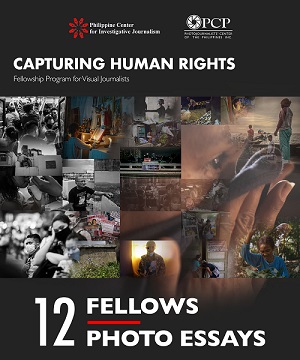