Art festival amid a pandemic? Baguio creatives disagree over how to spend city financial support

Baguio was named to the Unesco Creative Cities Network in 2017. The city’s artists evaluate their performance four years later as the UN body is set to review the designation.

How essential is art during a pandemic? In November 2020 Baguio City pushed through with the “Ibagiw 3rd Baguio Creative Festival” to showcase local arts, craft, and performances.

“Ibag iw” is a vernacular term that means someone who came from or something made in Baguio. The festival kicked off at the Baguio Convention Center and was livestreamed for all of the internet to see.

Cultural performers grounded for months performed again, wowing audiences as they entered the stage mounted on horses and sashaying to the beat of gongs – a ritual  offering to the mountain gods.

Artisans were able to sell their wares again. Crowds trooped to the University of the Philippines-Baguio and Sunshine Park – ushered in batches to maintain physical distancing – to buy bags, clothes and wraps, wood and silver craft, small art décor, and basketry.

There were new items on display: face masks made of local textiles.

It was a month-long activity that sought to revive the sector shut down by the pandemic. It carried the theme: “Angat Baguio: Rising together through Creative Resiliency, Sustainability and Innovation.”

Artist Karlo Marko Altomonte, director and performance artist, said some 600 Baguio artists were rendered jobless when tourism was shut down by the pandemic.

The tourist drawer Panagbenga was among the first victims of the coronavirus pandemic. The city canceled the festival in February 2020 to avoid a super-spreading event. The flower festival that closes off Baguio’s Session Road for floral floats, street dancing, and a big trade fair has always been the busiest time for many of the city’s creatives.

The pandemic cost Baguio’s tourism industry an estimated P7 billion in revenues last year, based on earlier projections of over 1.5 million tourist arrivals. A tourist usually spends about P2,500 for a half-day stay in the city.

As the pandemic hit artists hard, private groups staged small activities – performances, auctions, and barter events – during the early months of the pandemic in an effort to help the struggling creatives.

Baguio City Mayor Benjamin Magalong also called a meeting with the artists to facilitate discussions on support for the city’s creatives during the pandemic.

Funding for the Ibagiw festival came from a P5-million allocation from the city government. Other activities included the online exhibit Binnadang Cordillera and the Mandeko Kito trade fair, but the festival proper received the bulk of the funding.

Organized by the Baguio Arts and Crafts Collective, Inc. (BACCI), the festival also had the backing of the Department of Tourism. As the country’s coronavirus infections showed signs of ebbing, the group launched efforts to revive tourism and support the economic recovery.

But Baguio’s creatives are split over how the money was spent.

An image from one of the performances at the Ibagiw Creative Festival held in November 2020. File photo: Courtesy of SunStar Baguio

The festival was “generally well-staged” but some events were “overly lavish” and “tone-deaf” considering the pandemic, said Altomonte, creative director of the festival in 2018. It would have been more helpful if some funding was given to artists in need, he said.

“How many artists got compensated in the festival?” Altomonte asked.

“Much of the funds that went to elaborate lights, sound and multimedia equipment, fancy catering to wine and dine a chosen few, could’ve been saved if they did away or at least toned down the staging of certain events. These funds could’ve been allotted instead for more commissioned works for displaced artists, or even direct aid to those who got infected by Covid or to families of artists who passed during the pandemic,” he said.

Luchie Maranan, writer, poet and convener of the group LODI (Let’s Organize for Democracy and Integrity) in Baguio, said the creatives should be trusted to manage funds that would benefit the community.

City hall has the say on how the funds are spent, she pointed out. “There should be a strong organization of artists, creatives, writers, musicians that will stand up for their rights and welfare,” she said.

Aside from ensuring transparency and accountability, this will avoid a situation in which other stakeholders feel left out, Maranan said.

BACCI president Adelaida Lim confirmed that no assistance was given to the sick and those who passed away during the pandemic as well as artists, saying the plan to give the creative sector a “social safety net” was for the long term.

The Mandeko Kito trade fair – which championed arts and crafts made of textile and silver – raked in P1.75 million in sales. The Ibagiw festival exhibits featuring the works of 70 veteran and up-and-coming artists recorded gross sales of P878,000. BACCI, which handpicked the artists after an open call for participation – received a percentage of the sales from both income-generating activities to parry expenses.

BACCI said it didn’t keep a record of sales from the online exhibit Binnadang because the inquiries were directed to the artists.

Something unfortunate also happened: Baguio’s renowned filmmaker Kidlat Tahimik and his wife Katrin tested positive for Covid-19 after the Ibagiw festival. They have since recovered.

“It wasn’t just a finance issue. It was also a safety issue,” said Altomonte. “Only the case of Kidlat Tahimik was made public. We will never know the actual health and safety impact of the events where a considerable mass gathered. [These were] social events that were more of a luxury than a necessity.”

Altomonte referred to photos of opening and closing galas where health protocols, he claimed, were largely ignored. “I found them to be quite risky and irresponsible and, again, ones that the festival could’ve done without. Resources could’ve been directed to artists directly instead,” he said. 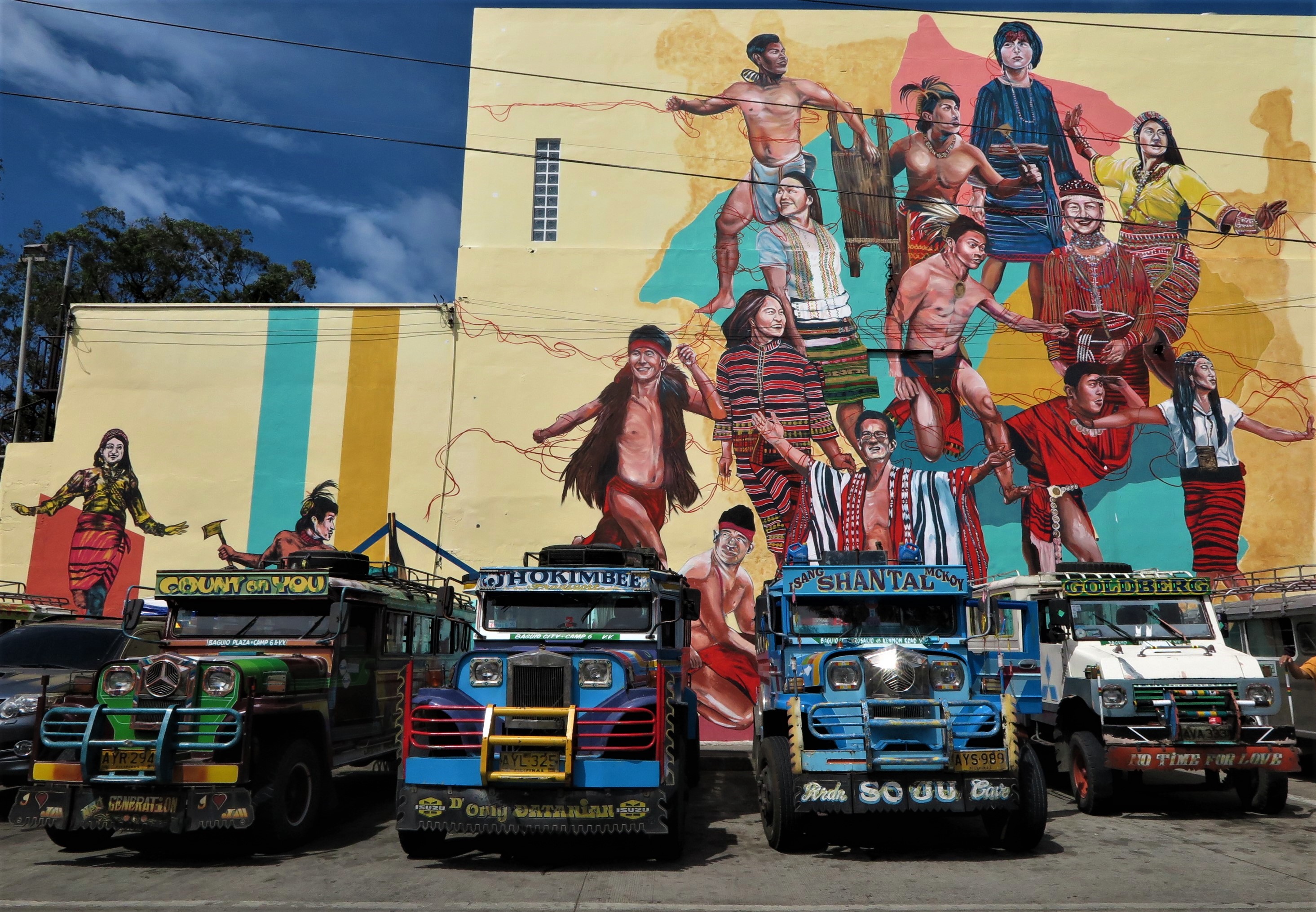 The festival was also marred by complaints over delayed payments to artists and artisans and prizes to contest  winners. The events, staged to uplift the spirits, have instead caused stress, Altomonte said.

Erlyn Ruth Alcantara, curator of the Interlinked exhibit, said that as of March 20, full payment had yet to be released, as the process was excruciatingly slow.

Alcantara said she was told to submit missing requirements, such as registration with the government procurement portal Philippine Government Electronic Procurement System (PhilGEPS), four months after the festival.

Lim pointed to the auditors at Baguio City Hall.

“While it is true that we have encountered delays and some glitches in the release of payments due to the accounting and auditing protocols implemented by all government agencies, majority of the services provided have already been settled,” she said.

BACCI said about P2.4 million had yet to be paid for various services rendered for the 2020 event. 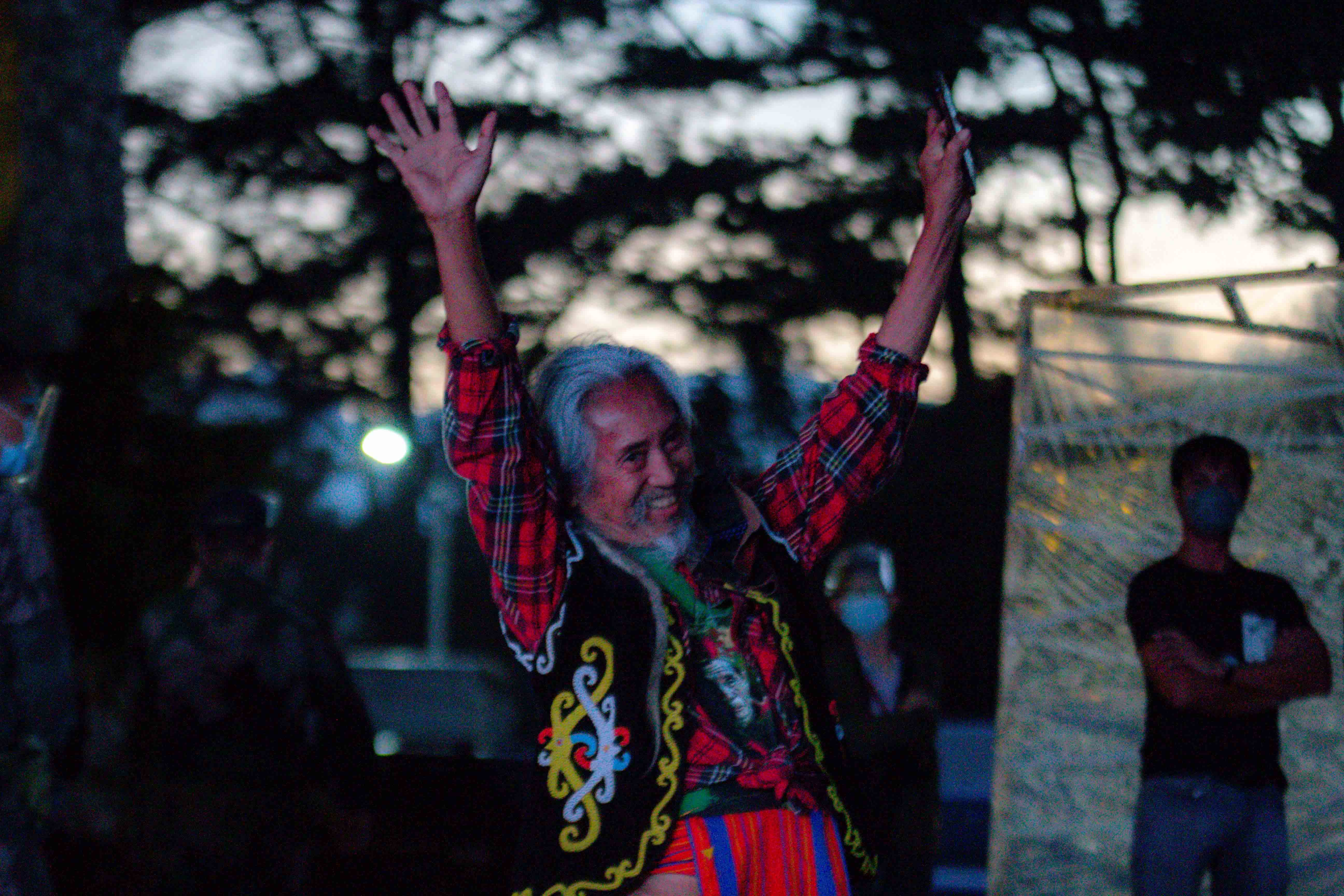 Despite the hitches, Lim said the festival gave artists hope. “[The year] 2020 was different. Beyond financial benefits, though significantly important especially in a time of economic uncertainty, the Creative City Festival gave the creative community the benefit [of] hope, that things are getting better and will get better,” she said.

But Altomonte said BACCI “failed to go beyond the organization it has promised to become.”

“It should go beyond one to two weeks of economic activity [and] commissioned works. What happens after? BACCI has to be more than a producer. When an artist is hospitalized or dies, we do fund-raising among ourselves, there is no support system. They (BACCCI) have been silent in the pandemic, there is no collective voice,” he said.

Lim said BACCI has other programs such as Advanced Skills and Innovation Training for Crafters, branding seminars, an artisans’ fair, competitions, and art exhibits. BACCI is also in discussions to formalize the local creative sector and legitimize professional transactions, which will maximize their economic potential.

'They treated me like I murdered someone': Lockdown arrests mark 1st year of PH pandemic response

CJ Search: Gesmundo has 'no objections' to releasing SALNs, Bernabe limits it to summaries

The network aims to facilitate cooperation among cities and support United Nations frameworks, particularly the 2030 Agenda for Sustainable Development.

A first for the country, Baguio City was recognized for the “crafts and folk arts” of the Cordillera region as seen in architecture, parks, textile, fabrics, furniture, fashion accessories, paintings, and sculpture comprising its “creative economy.”

Kidlat Tahimik acknowledged the impact of the Unesco recognition, but said: “Para sa akin with or without Unesco or city hall, artists have been alive and kicking. Kahit maliit support sa artists, they (government) give us crumbs for festivals, we (the artists) put Baguio on the map, not the Panagbenga.”

Artistic works have weathered time and neglect, but the artists have remained true to the call of their muses, the filmmaker said.

Kidlat Tahimik is happy with the attention given by Magalong, the Baguio mayor, but hopes for better times when the contributions of artists are fully recognized and given importance.

“We (artists) cannot be quantified. ‘Di nabibilang ang contributions namin kaya invisible kami (Our contributions are not counted, that’s why we’re invisible). ‘Di kami registered na artists (We’re not registered as artists), we are the smallest tax payers, we are the smallest number of votes, but crafts are the biggest contributor to the creative economy – it’s the weavers, painters, sculptors.”

Unesco will review creative cities designations this year. Lim said she was hopeful the city would be given the title anew.

“We would like to believe that Baguio has a great chance of being considered again after the time of its evaluation, but there are many more [things] to be done especially in creating policies and protocols for creative projects,” she said.

But Altomonte said the city failed to fulfill the goals of the network. He thinks the city's creative sector needs better leaders who can do more than hold festivals and give away cash prizes.

“What has happened to us? What Unesco wants is for us to develop [and] improve. We have the potential to become a real driver,” Altomonte said.