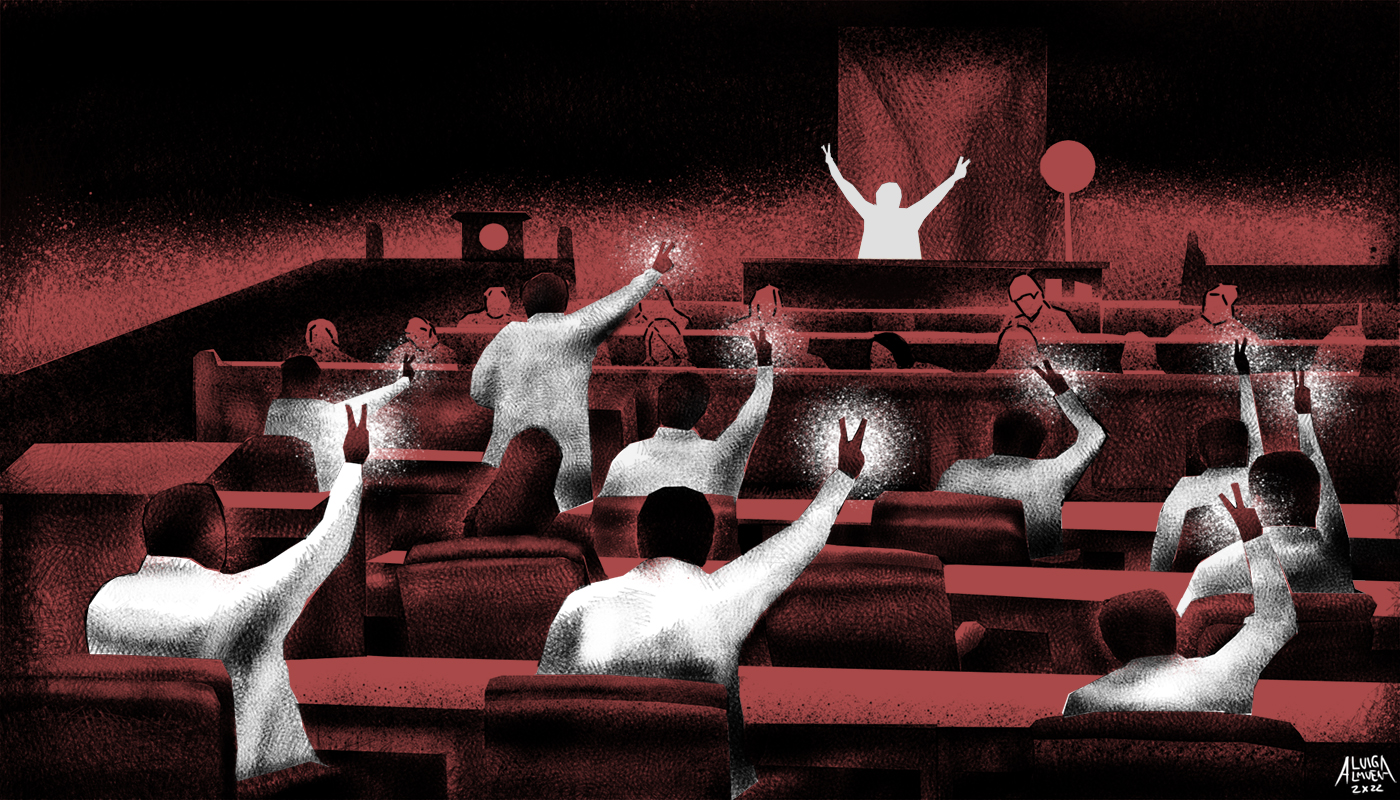 Up to the very last week of the Duterte administration, a journalist was killed. Marcos was already president when a court upheld the libel conviction of Rappler journalists Maria Ressa and Reynaldo Santos and when the National Telecommunications Commission blocked the web sites of alternative media organizations.

Marcos was quiet on these issues during this first State of the Nation Address on Monday, July 25.

Jonathan de Santos, chair of the National Union of Journalists of the Philippines, said the president should issue a clear policy to protect journalists and uphold freedom of the press.

There are reasons to be worried, De Santos said. He also cited instances when reporters were ignored by administration officials during press conferences.

De Santos said he is also waiting for the implementing guidelines for the accreditation of vloggers and bloggers who want to cover government events, concerned that they would be given preferential treatment over journalists.

He said he’s hopeful that the Marcos administration would be more open to the media, even if “we haven’t seen indications of it being that way or it being stricter than the Duterte administration yet.”

Studies show that Marcos was the main beneficiary of false or misleading content on social media during the elections.

The previous 18th Congress held hearings to understand the problem, but University of the Philippines associate professor Fatima Gaw is concerned that disinformation will not be addressed properly under the new administration.

It's unlikely for the Marcos administration to address it, she said, because disinformation has become a “political strategy” that has served the president and many politicians.

“If they do push for the interventions to actually identify accountabilities, who should be charged or who shouldn’t be, then the risk is that they’re going to politicize it, use it as a political apparatus for them just to ward dissent,” Gaw said.

The Philippines ranked 147th out of 180 countries for press freedom, down nine spots from 2021, in a 2022 index of the Reporters Without Borders.