Next president will inherit responsibility for Marawi rehab

Task Force Bangon Marawi field manager Felix Castro said the task force is racing against time and working round-the-clock in its reconstruction effort, even though it has already made great progress in bringing the city back to its former state.

In 2019, Rihana Pandapatan applied for a permit to reconstruct her family home in Brgy. Wawalayan Marinaut in the former city proper of Marawi, the site of fierce battles in 2017 between government forces and Islamic State-linked militants. She thought, the sooner they can return to their land, the sooner they can begin the process of rebuilding their lives.

Three years later, Rihana still hasn’t laid a single brick on her property. She couldn’t get a permit to build because she cannot afford to pay the taxes imposed by the Assessor’s Office.

“I applied in 2019. Until now, our document has not moved. We are faced with choosing between food for our survival or paying our annual property tax,” Pandapatan told the Philippine Center for Investigative Journalism (PCIJ).

She needs to raise money fast, not just for the taxes to secure the building permit but also for the cost of reconstructing their home. Her family had been staying at a transitory shelter in Brgy. Sagonsongan, which she said will begin to charge rent in 2023 when the arrangement between the landowner and the city government to use the land as transitory shelter expires.

“It is very difficult. We are facing eviction here at the transition shelter because the contract for our stay here will expire in 2023. If we choose to stay beyond our contract, we are going to pay for rent here,” she said. 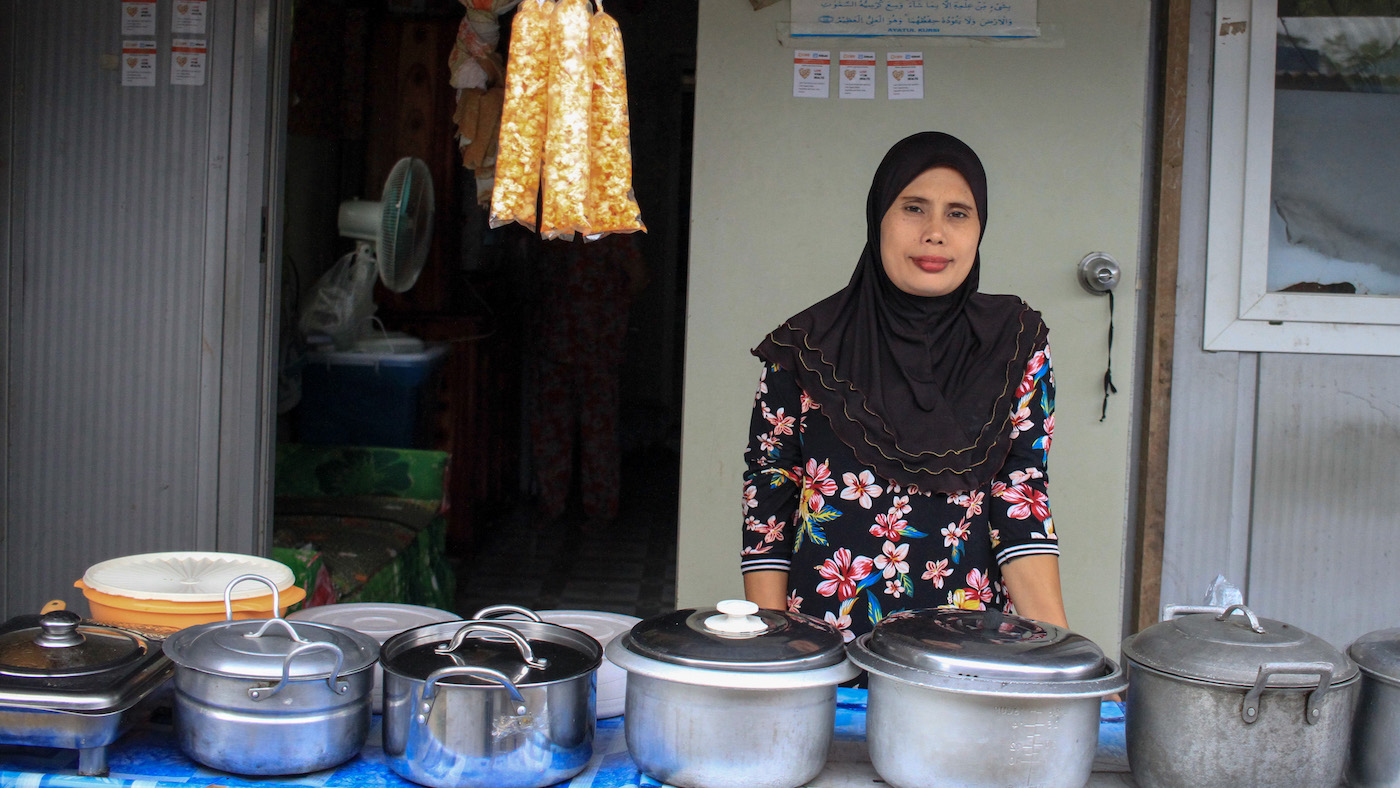 Marawi’s city proper was flattened during five months of battles from May to October 2017, the Philippine military’s longest continuous armed conflict in recent history. The military reported losing 169 soldiers, while 824 militants were killed. There was no clear tally on how many civilians were killed, but many were reported missing.

Almost five years later, the once vibrant city center has yet to revive. Many government structures have been reconstructed but homes remain in ruins, and most of the residents  have yet to return.

Residents have been allowed to rebuild but, like Pandapatan and her family, many complained about the cost of getting the permit and buying construction materials.

When President Rodrigo Duterte steps down on June 30, his successor will inherit the responsibility for completing Marawi’s rehabilitation.

Marawi City has a population of about 40,000 families or about 200,000 people. Most of them fled during the siege, turning the city into a ghost town.

The first group to return to Marawi were the residents of 72 barangays located outside the city center — referred to in rehabilitation documents as the “less affected area” — where 28,280 families or about 150,000 residents lived. Their homes were largely spared during the siege.

The residents of 24 barangays within the vicinity of the city center — the “Most Affected Area” (MAA) — are the ones like Pandapatan who have been unable to return five years after the siege. They make up a total of 17,793 families.

There are also 3,712 affected families classified as renters, who lament that they are not entitled to shelters.

The focus of rehabilitation work has been the MAA. Task Force Bangon Marawi (TFBM) has reconstructed many government offices, schools, and public utilities in the area but many residents had yet to return to their land.

As of February 2022, at least P42 billion was released for the recovery and rehabilitation of Marawi City.

TFBM Field Manager Felix Castro said the task force is racing against time and working round-the-clock in its reconstruction effort, even though it has already made great progress in bringing the city back to its former state.

“About nine barangay halls with health center and Madrasa were completed, and 15 others are under construction,” Castro said. 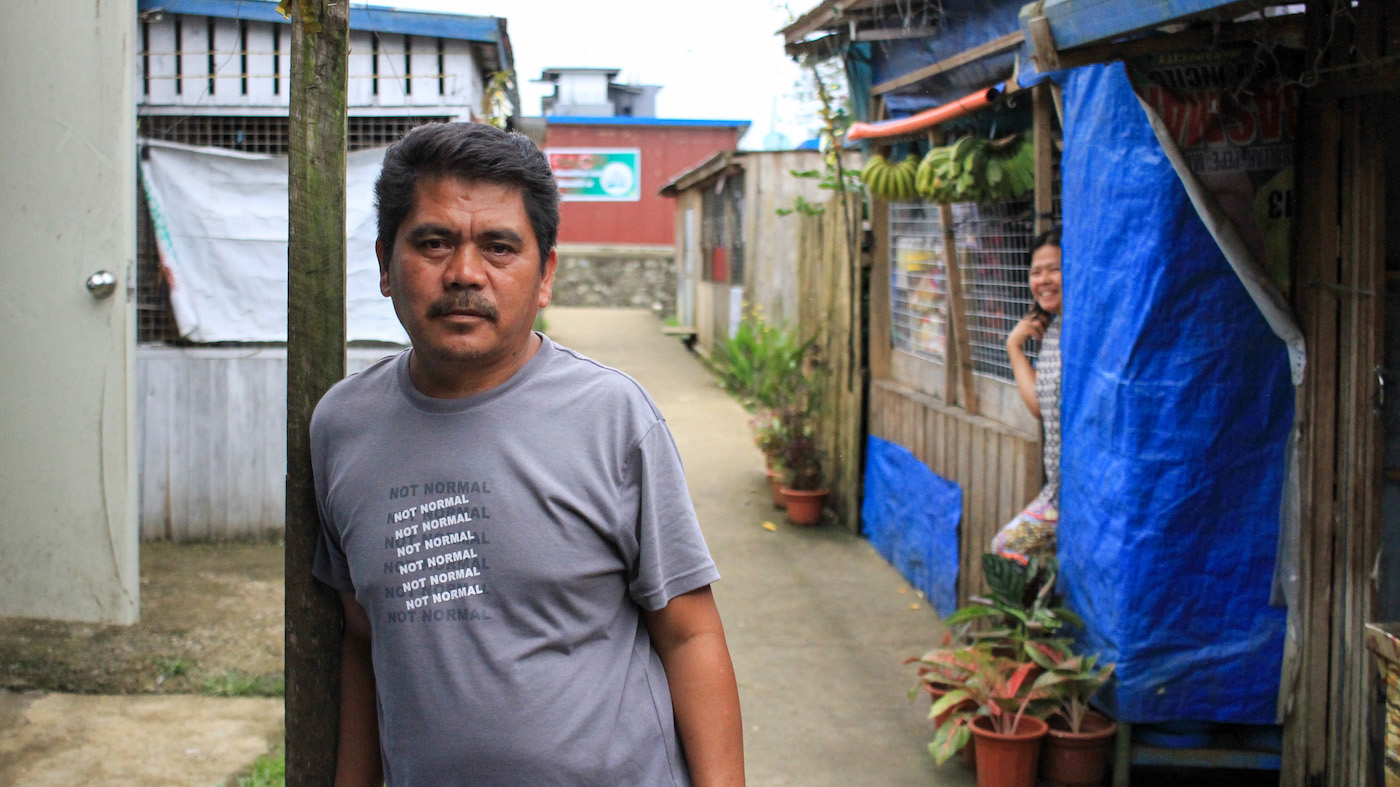 The residents are responsible for reconstructing their homes.

Many have complained about the cost. Pandapatan’s neighbor, Tipalawan Tikara, was able to secure a building permit. But she, too, could not pay for the reconstruction of her home.

“We don’t have the money to spend for construction; we are barely surviving here,” Tikara told the PCIJ.

Many of its residents had not applied for building permits, too. Castro said data from TFBM showed that the National Mapping and Resource Information Authority (NAMRIA) counted 6,435 damaged buildings inside the MAA, while the actual count of Eddmari Construction is only 5,691 buildings.

Of the 6,435 buildings inside MAA, there are only 2,659 building permit applications filed at the Marawi City Office of Building Official (OBO). Strangely, these applications do not cover  residents from Sector 8 and 9 inside MAA,

The OBO requires residents to present a building permit application form; building plans including civil, architectural, electrical, and plumbing plans; bills of materials, cost estimates, and specifications; proof of ownership of the lot (land title, deed of sale or deed of donation) contract of lease; consent from the owner, and house tag (social cartography from the Department of Environment and Natural Resources or DENR.)

Of the 2,659 building permit applications filed at the OBO, only 1,004 applications were approved, while only 95 buildings are now occupied by residents.

Almost five years since the siege, only 95 families are recorded to have returned to their homes inside Sections 1 and 2 of the MAA.

Most of the residents are waiting for compensation from the government for the loss or destruction of private properties destroyed during the  five-month long war.

Pres. Duterte has signed the law, but Drieza Lininding, chairman of the civil society organization Moro Consensus Group, said there are no clear guidelines yet for the compensation. It will be the responsibility of the next president, he said.

It is important that whoever replaces Duterte must have a deep understanding of the complexity of the Marawi rehabilitation. “The next president must work on the compensation here to fast-track the recovery of the people. Our recovery here, our ability to rebuild our homes depends on the compensation,” Lininding said.

Lininding feared the compensation would take long as there will be revalidation of recipients, however.

“It will take a long time. People here will suffer longer. We become apathetic to their  plight, so many choose to forget Marawi is their home. Some have moved somewhere and are probably not coming back,” he said.

Many other issues beside money plague the return of MAA residents to their land.

Castro said the building permit issue is a complicated one, adding that Maranaw families live together, and land titles are common family property.

“For example, one building has four floors, each sibling living in the same building. To whom are you going to give the building permit? There are so many factors, but also, many also don’t have the money to rebuild their homes,” Castro said.

The next mayor, whoever wins on May 9, will need to help the national government resolve these conflicts.

“I am very hopeful that the support of the national government will continue even after the term of President Rodrigo Duterte,” said Marawi Mayor Majul Gandamra, who is seeking his third and last term as local chief executive.

“We are assured that the upcoming national and local elections do not affect the reconstruction. In fact, whoever wins is tasked to continue the repair of Marawi City,” he said.

He is challenged by four other mayoral candidates, including former mayor Fahad ‘Pre’ Salic, who faced a rebellion charge for the 2017 siege, although the case has since been dismissed.

This report was produced with the support of the Embassy of Canada in the Philippines that promotes the importance of capacity-building for journalists as an essential tool to ensure responsible reporting. The Philippine Center for Investigative Journalism had full editorial independence.

— PCIJ
Posted in: 2022 Elections, Marawi
In This Series
Latest Stories

A family is told it can no longer pay taxes for a residential property in Brgy. Datu sa Dansalan because government projects will be constructed on their land. Mayor Majul Gandamra says it sits on reclaimed land, which he says the government owns.