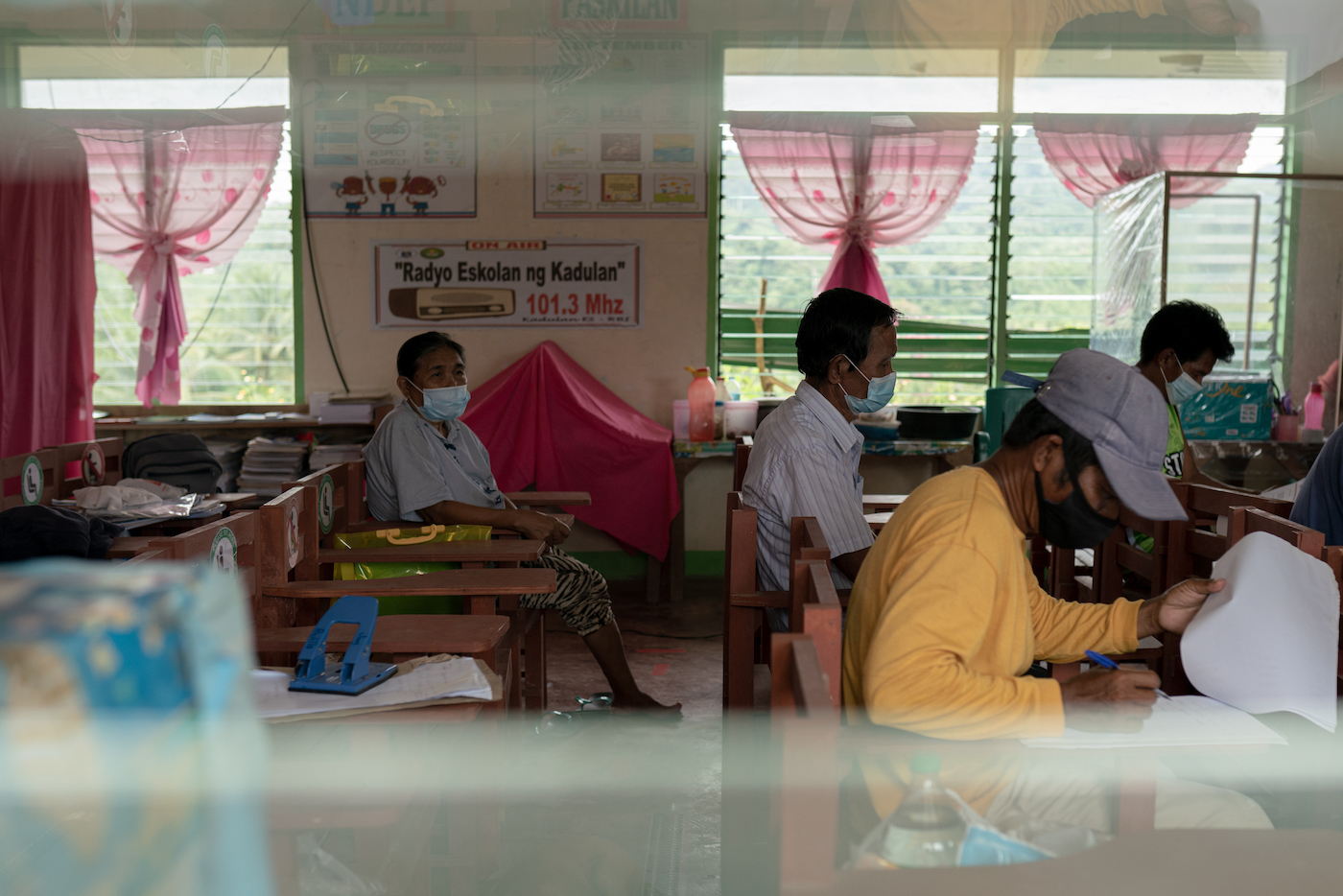 Mining in Palawan has pitted indigenous peoples against tribal leaders who have allowed big companies to mine their ancestral lands. The mental anxiety and stress brought by these conflicts also have a cost.

THIS STORY WAS PRODUCED BY THE  PHILIPPINE CENTER FOR INVESTIGATIVE JOURNALISM IN PARTNERSHIP WITH THE PULITZER CENTER'S RAINFOREST INVESTIGATIONS NETWORK AND NBC NEWS.

RIZAL, Palawan — Narlito Silnay, a tribe leader in Rizal, one of two towns that encompass Mt. Bulanjao, spends a Friday afternoon sitting in a classroom with other members of the Pala’wan tribe. They listen intently to a makeshift setup of a smartphone and speakers, connected to a wifi dongle affixed on top of a window panel. At the other end of the line are officials of the National Commission on Indigenous Peoples (NCIP) with whom the tribe members are meeting.

Silnay, 39, is busy these days. A week before PCIJ met with him, the father of six was reported to village officials by an agricultural company for allegedly trespassing their leased land. The leased land in question is owned by the Pala’wans of Rizal town, of which Silnay is a member.

On the day of the meeting, Silnay came clutching an envelope of letters and files. This time he’s dealing with a mining company that wants to expand operations in Mt. Bulanjao.

Rio Tuba Nickel Mining Corp.’s original expansion plan includes ancestral domains in Bataraza and Rizal towns in Palawan. The company has since decided to split the application into two. What got the approval of the Mines and Geosciences Bureau in 2019 was the 3,548-hectare claim in Bataraza. The application for the 667-hectare claim in Rizal was deferred because the mine-rich area is off-limits under a Palawan conservation law, according to the company.

Despite the postponement, the Pala’wans of Rizal remain worried over developments that threaten their ancestral claim. The tribe holds a Certificate of Ancestral Domain Title (CADT) on 69,600 hectares of their land, which starts from the mountain and ends at the sea. But Rio Tuba’s intent to mine Mt. Bulanjao has placed their land, as well as relations with other indigenous peoples, in jeopardy.

On Oct. 6, 2021, the NCIP wrote to Silnay and his group, seeking consent to conduct a “relocation survey” on their titled land. The survey request was triggered by a Sept. 17, 2021 letter from the chieftains of Bataraza that said Rio Tuba’s Rizal claim overlapped with their ancestral domain. The area, according to them, had been erroneously included in the Rizal CADT.

The NCIP, which is supposed to protect indigenous communities, was the same agency that helped Silnay and his tribe get their title. Now the government agency is facilitating the title revision. 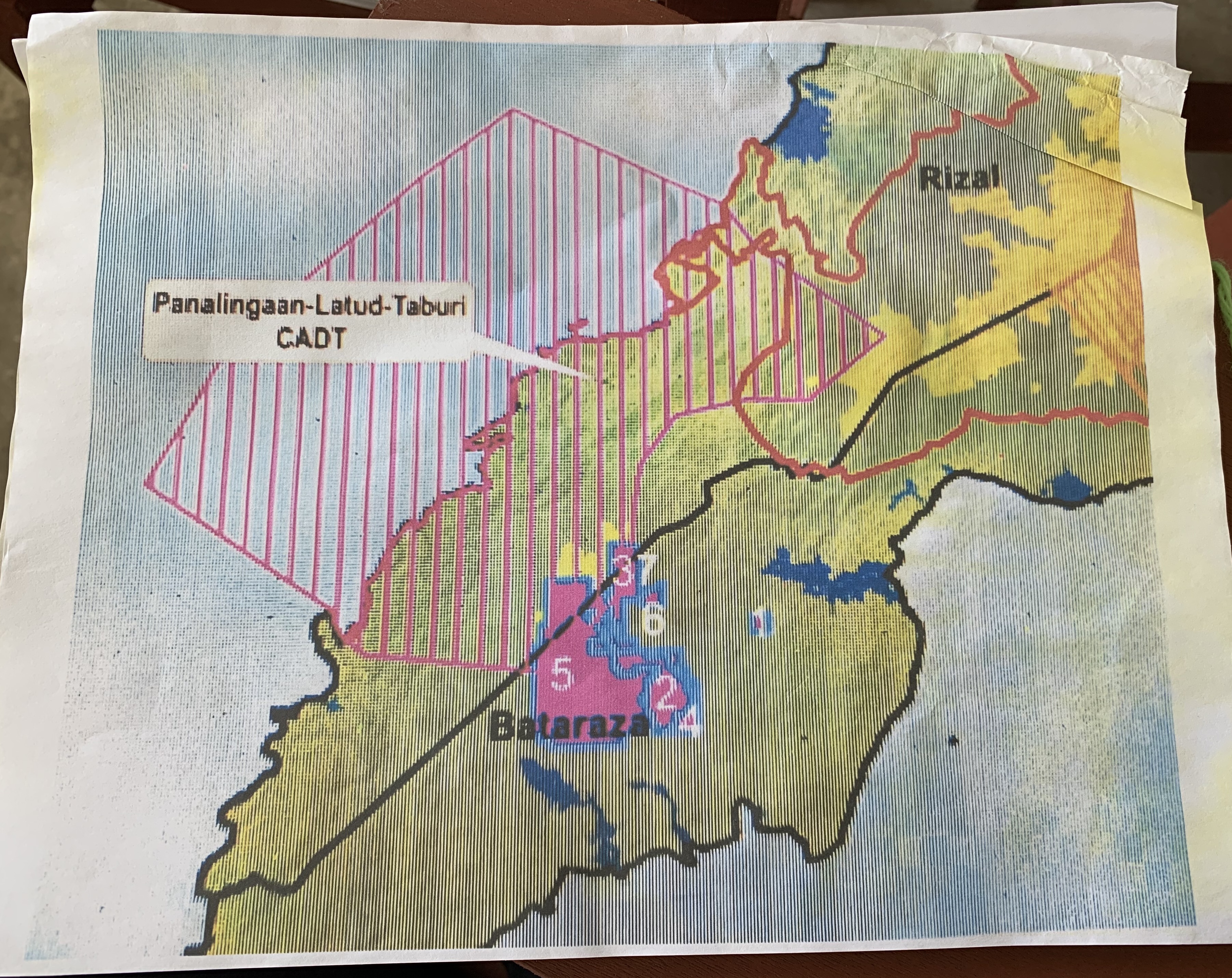 Mining applications that overlap with ancestral domains require the “Free, Prior and Informed Consent” (FPIC) of the indigenous peoples concerned prior to approval. Silnay, who is well-versed with laws concerning indigenous peoples and mining, said they were not consulted properly. Tribe leaders and members in the villages of Panalingaan, Latud, and Taburi in Rizal wrote to the NCIP on Sept. 24, 2021 asking that they be included in consultations.

PCIJ requested an interview with the central, regional and provincial offices of the NCIP. The central and regional offices acknowledged receipt of PCIJ’s letter but had yet to agree to an interview. The Palawan office could not entertain our request because the officer in charge had contracted Covid-19.

In the Philippines, obtaining a CADT is no small feat. Silnay said getting the title took seven years and cost the tribe P2.5 million ($49,000). If the ancestral land is their home, the title is the fence, he says. “May bahay na kami. Nakabakod na kami pero pinapasok pa rin kami (We already have a house. We already have a fence, but others are still trespassing),” he says.

Silnay said all indigenous peoples were supposed to be united, but mining had divided them. “Kami mismong katutubo ang nag-aaway-away. Noon, hindi kami nag-aaway-away. Napakalungkot, parang hindi kami nagkakaintindihan, nagkakahiyaan (We indigenous peoples are fighting each other. Before, we didn’t go through this. It’s sad, it’s as if we don’t understand each other).” 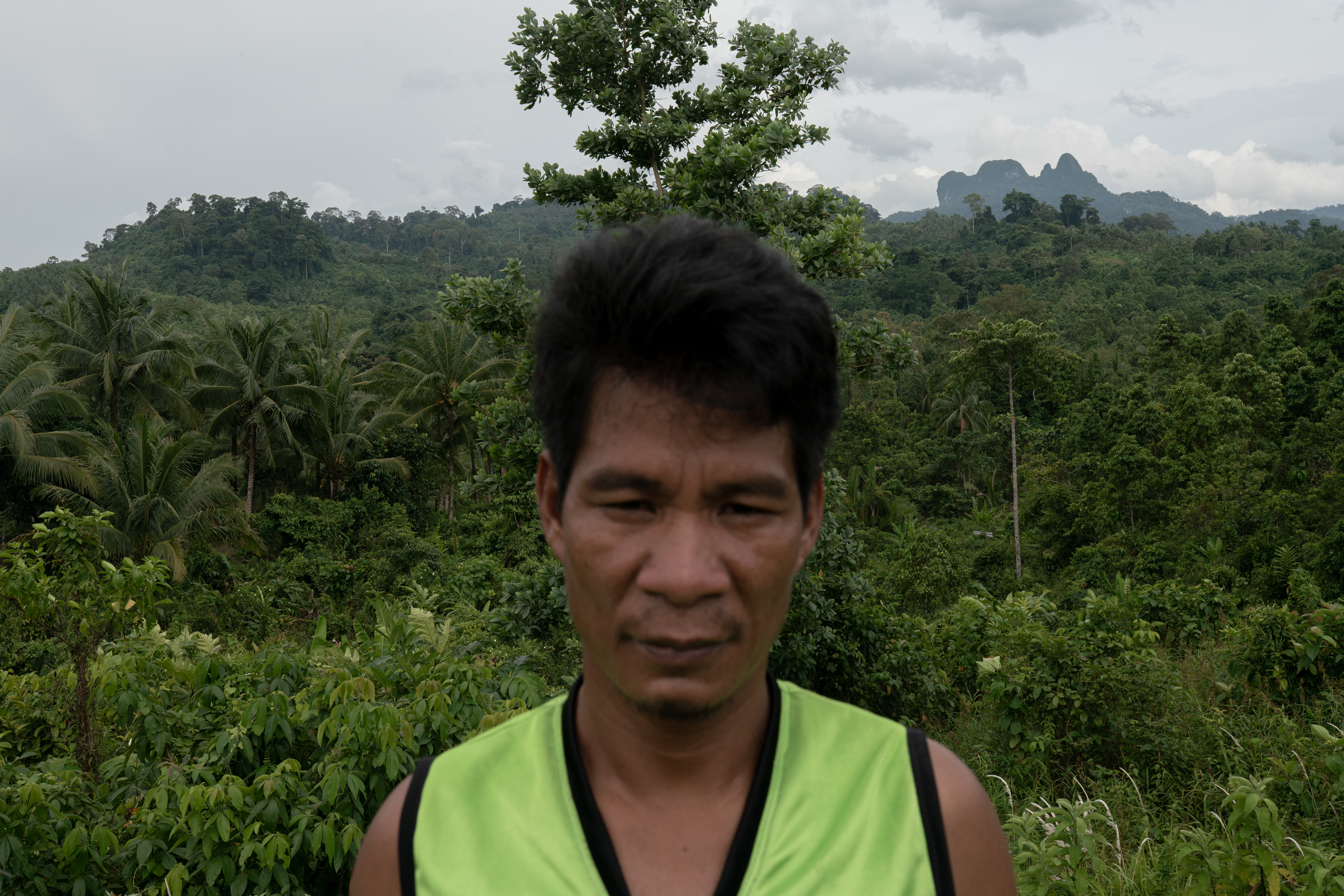 Jose Bayani Baylon, spokesperson for Nickel Asia Corp., which owns 60% of Rio Tuba, clarified that the approved site of the Rio Tuba mine fell within the boundary Bataraza. No area, even a mining buffer, encroached Rizal town, he said.

All 34 indigenous communities in Bataraza gave their consent for Rio Tuba to continue operations, he added.

“We benefit a lot from that company,” said Angelo Lagrada, a local chieftain, in a July 2019 interview with the local news site Palawan News.

Proceedings of a 2019 public hearing submitted by Rio Tuba to authorities showed mixed responses from residents. Some were grateful to the company, crediting it for jobs, scholarships and housing. Some had problems with laterite, flooding and waste that supposedly affected their harvest. But many asked about whether they could be given jobs and when their children would become regular employees.

What Silnay and his tribe members went through could not be found in any study, but should be considered by decision makers, said environmental lawyer Grizelda Mayo-Anda.

“That to me has to be given its value because the mental anxiety, the stress, the cultural issues that actually are engendered by the issue have a cost,” she said.

It’s unfortunate that tribal leaders have allowed mining to proceed in exchange for royalties, resulting in conflicts with indigenous peoples and farmers who rely on a healthy watershed for their farmlands, she said.

“(The) community conflict, it’s not good for the future because the indigenous peoples among themselves, they have families, they’re supposed to be close-knit but now with the division, they could not even collaborate or work together for the unity of their community,” Mayo-Anda said. END

Andrew W. Lehren is a senior editor with the NBC News Investigative Unit and a fellow with the Pulitzer Center’s Rainforest Investigations Network.

Anna Schecter is a senior producer with the NBC News Investigative Unit.

Rich Schapiro is a reporter with the NBC News Investigative Unit.

Like many parts of Palawan, the pristinely beautiful and biodiverse town of Culion is being rezoned to pave the way for tourism development that would not bode well for the environment.

Applications for open-pit and offshore mines flood the Mines and Geosciences Bureau as the Duterte administration reverses its mining policy.

Mining in the Philippines: Of disasters and regulatory failures

This timeline plots how the country’s natural resources were exploited for mining and the government’s repeated attempts to regulate the industry.

Mines that failed the Gina Lopez-led audit eventually passed a multi-stakeholder review, but the government does not want to disclose the results, citing executive privilege.

Mines lacked tree-cutting permits, impaired the function of watersheds, and failed to ensure the safety of employees, the Gina Lopez-led audit found.

The transition to clean energy is pressuring mineral-rich countries like the Philippines and nickel mines like Rio Tuba Nickel Mining Corp. to dig even more.

What was once a natural source of water has become a place that Palaweños stay away from. Residents worry that a nickel mine’s plan to expand would contaminate other waterways.

A nickel mine is on the brink of a major expansion in Mt. Bulanjao, a rainforest system considered by indigenous peoples as their ancestral home and protected by a Palawan conservation law.

Mining in Palawan has pitted indigenous peoples against tribal leaders who have allowed big companies to mine their ancestral lands. The mental anxiety and stress brought by these conflicts also have a cost.

At least three bills setting standards to protect the country’s natural resources and attain sustainable development are stuck in the Senate committee on environment, natural resources, and climate change. The measures are likely dead in the 18th Congress.

What was once a natural source of water has become a place that Palaweños stay away from. Residents worry that a nickel mine’s plan to expand would contaminate other waterways.

A nickel mine is on the brink of a major expansion in Mt. Bulanjao, a rainforest system considered by indigenous peoples as their ancestral home and protected by a Palawan conservation law.

Like many parts of Palawan, the pristinely beautiful and biodiverse town of Culion is being rezoned to pave the way for tourism development that would not bode well for the environment.