Jose Carlo Antonio is managing director of listed property giant Century Properties. Prior to joining the company in 2007, he worked in the investment banking groups of Citigroup and Goldman Sachs. 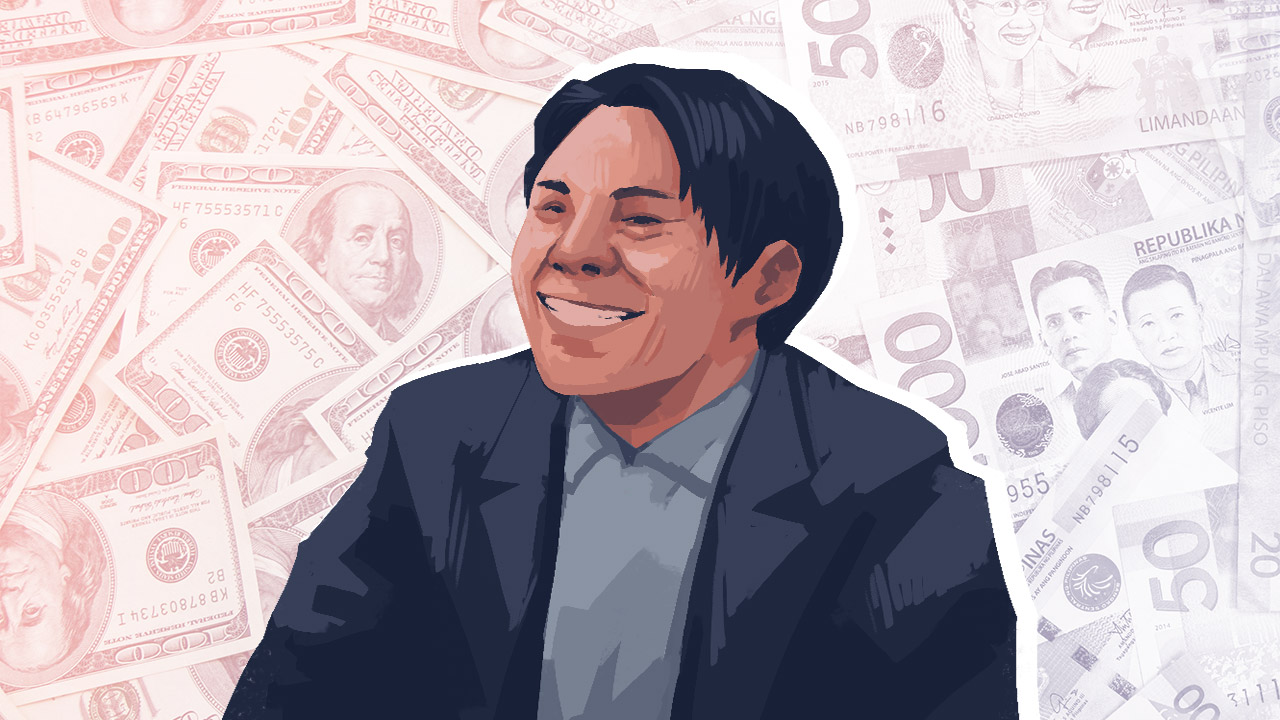 Antonio’s name appears in the list by Commence Overseas Limited as beneficial owner of Bantam Enterprises Limited, a company incorporated in British Virgin Islands in 2013.

In an email, Century Properties said that they have endorsed the queries of PCIJ and Rappler to BVI Finance. We will update this story once the company has responded to our request.

Campos is the founder of food and condiments firm NutriAsia Inc. In 2006, the firm bought a majority stake of Singapore-based Del Monte Pacific Limited. Campos also has interests in real estate and pharmaceuticals through his father’s businesses, Greenfield Development Corp. and Unilab Laboratories Inc. The food tycoon is known among the local art circle to be a collector. Campos chairs the Metropolitan Museum of Manila and the Bonifacio Arts Foundation Inc. 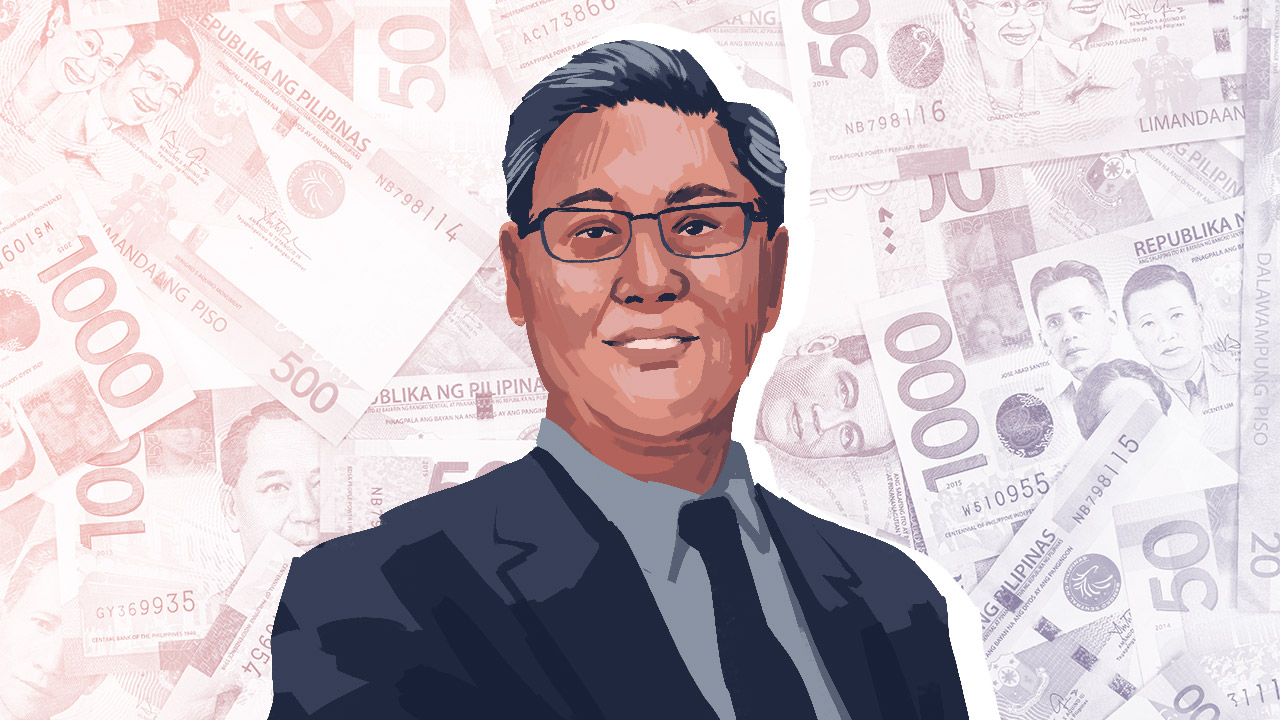 Pandora Papers do not show Campos as a beneficial owner of any offshore firm, but he is revealed to have done business with one. In 2011 and 2015, Campos bought art pieces through Montefalco Limited, a Hong Kong-based offshore firm.

Asiaciti records reveal Montefalco facilitated Campos’ art purchases abroad. The two transactions, which at one point involved a purchase of a Fernando Amorsolo oil painting, were worth US$150,000 and £160,000, respectively.

In an email to PCIJ, Antonio Ungson, internal legal counsel of Del Monte Pacific Limited said Campos is “a private citizen and has purchased artworks only in his personal capacity.” Ungson reiterated that Campos does not have beneficial interest in Montefalco Limited.

Helen Y. Dee is the chair of Rizal Commercial Banking Corporation. The bank was used by cybercriminals to steal $81 million from the Bangladesh Bank in February 2016. 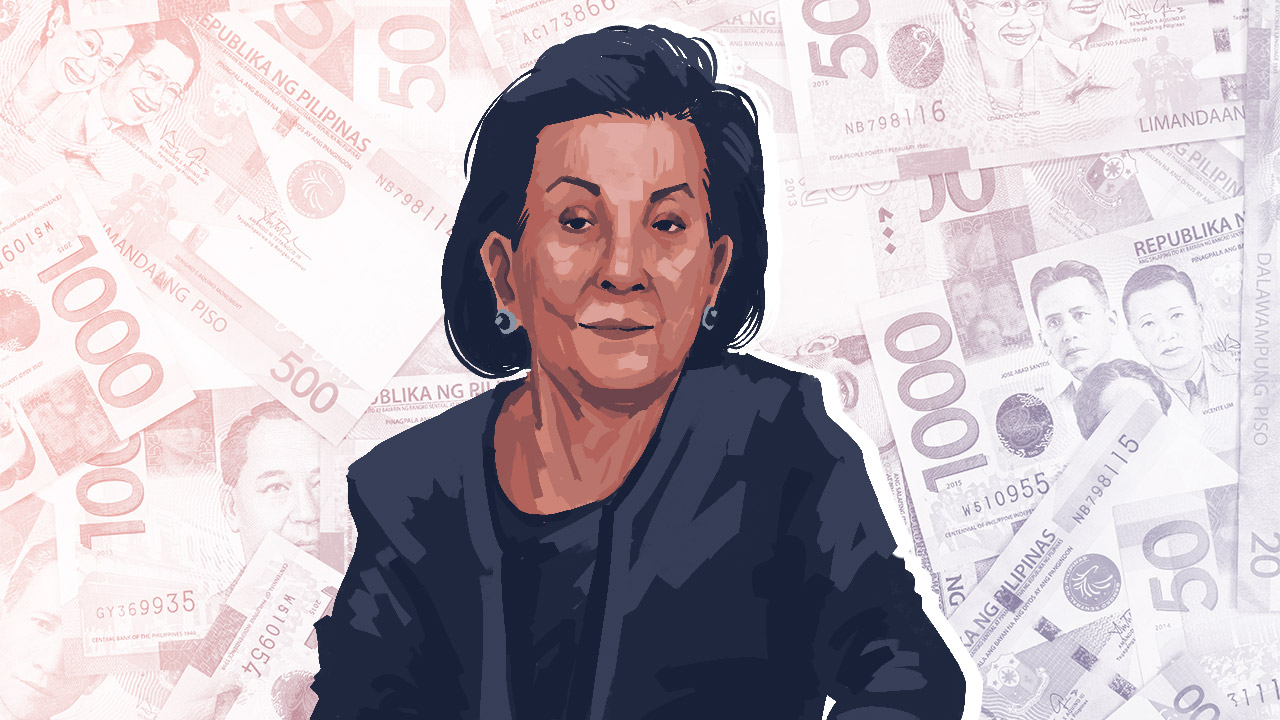 Helen Y. Dee appears in Trident Trust records as the beneficial owner of Jason Holding Ltd. and Neenah Ltd., two companies registered in the British Virgin Islands in 1988 and 1994, respectively.

In April 2016, amid the Bangladesh Bank heist investigations, records show that Dee changed the agent in charge of these two companies, from Trident Trust to MMG Trust. There are no details on what the companies are being used for.

PCIJ and Rappler sent a letter to Ms. Dee on Sept. 16, 2021, via email and made several followups. We have not received a response as of press time.

Rolando C. Gapud is the executive chairman of the board of Del Monte Pacific Limited. He served as “financial adviser” to the Marcos family. He would later on help identify the family’s assets for government retrieval. 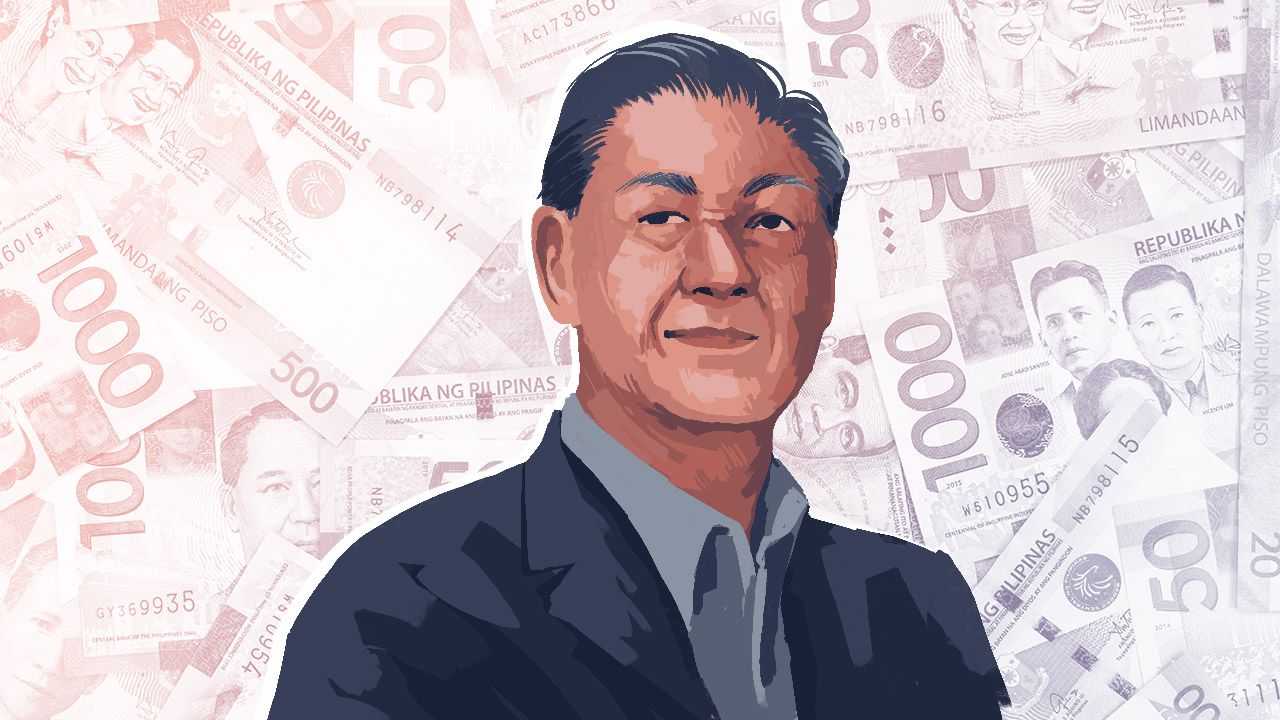 As of 2014, Northwick Holdings Limited owns 40% of a company called Great Arian Property Holdings Co. Inc. in the Philippines. Gapud had also disclosed in Asiaciti Trust records that Retiro II Trust would comprise of “properties held in the Philippines by BVI companies which he owns and administers personally.” The communication was made in 2014. In the same year, Gapud was named as chairman of Del Monte Foods Inc.

Oscar J. Hilado is director of several companies with interests in telecommunications, tourism and mining. He is chair of publicly listed firm Phinma Corp. since 2003. In 2015, he became an independent director of Rockwell Land Corp. 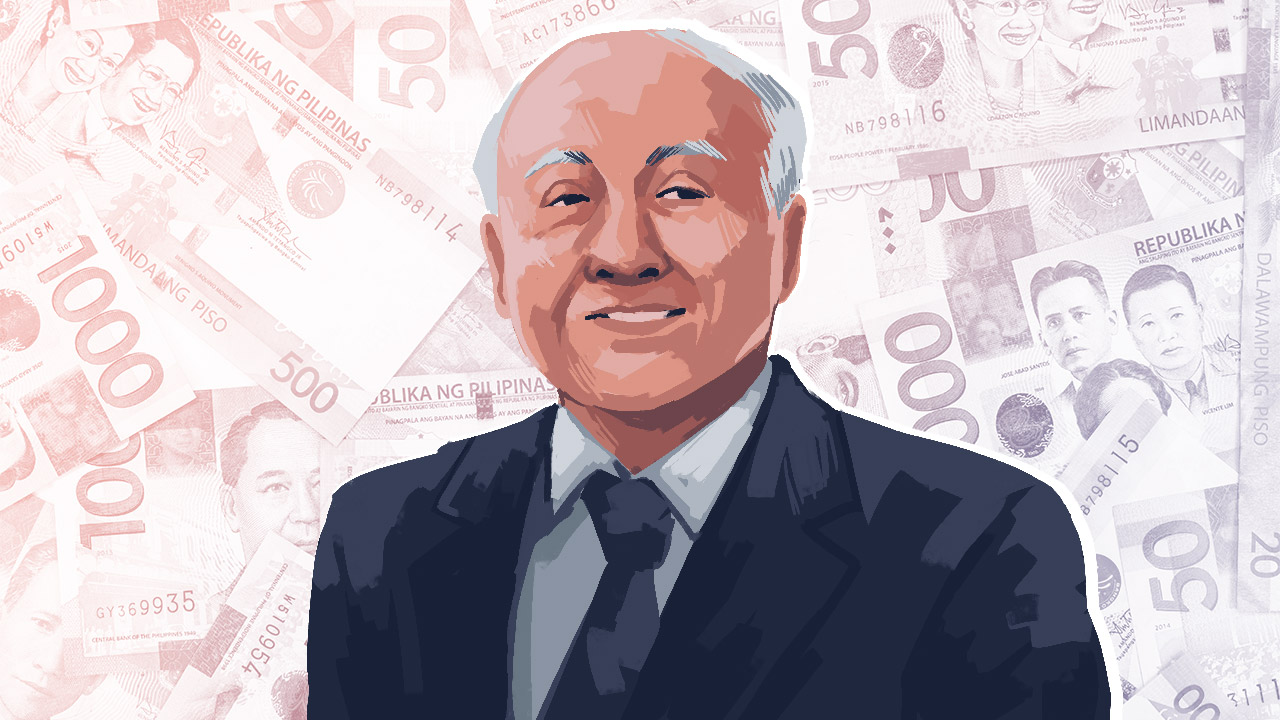 Hilado appears in Commence records as the beneficial owner of Merrylink International Limited, a company registered in the British Virgin Islands.

Hilado said the company was established as part of an investment portfolio plan “that was ultimately not pursued”. He added the company is now closed.

In the past decade, Razon has expanded to hospitality and infrastructure business, through Bloomberry Resorts and Prime Infrastructure Holdings, respectively. He also has business interests in water distribution, retail and mining.

Razon has bagged key infrastructure projects in the past five years. Razon’s infrastructure firm, Prime Infra, has bagged a water dam project and rights to distribute electricity in a provincial island town in the Philippines. Recently, Razon was allowed to build a mega vaccination site on reclaimed land in Metro Manila. 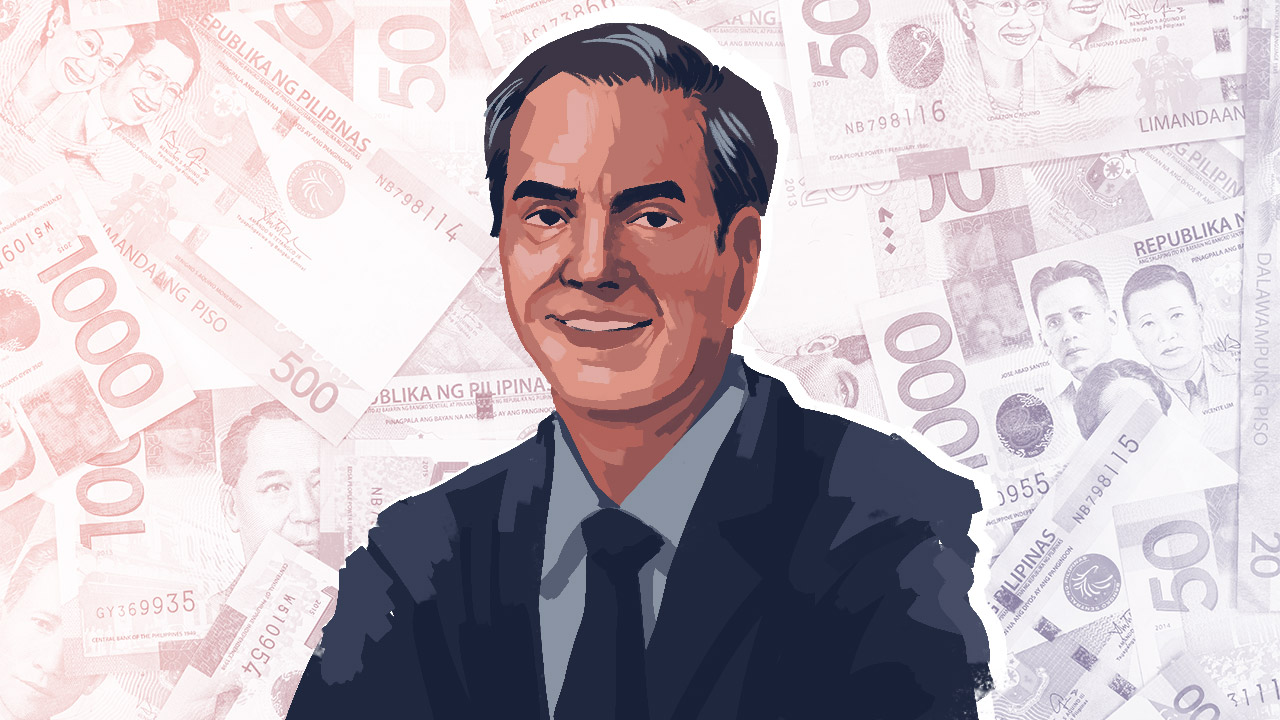 Apex Mining Co Inc., a mining company registered in the Philippines, indicated in its annual reports that MOMCL is a subsidiary of Monte Oro Resources & Energy, Inc. (MORE).

MOMCL was incorporated in 2016, and lists the Filipino billionaire as a direct beneficiary.

Aside from MOMCL, Razon also appears in Commence records as a direct beneficiary of Saxony Asia Limited, a company registered in 2016.

PCIJ and Rappler sent a letter to Mr. Razon on Sept. 16, 2021, via email and made several followups. We have not received a response as of press time.

Peter Y. Rodriguez is the founder of Asian Aerospace Corp., an air charter operator. The company is considered a pioneer in the local industry. In 2001, Asian Aerospace Corp. partnered with U.S.-based arms and defense firm Lockheed Martin Corp. for a P2.1-billion deal with the Armed Forces of the Philippines. PCIJ reported Lockheed was looking to sell military planes to the then Arroyo-led Philippine government, and delivered the units even before a final contract was signed.

Rodriguez appears in Commence Overseas Limited  records as the beneficial owner of Skyjet International Group Limited. The company was incorporated in 2017 in the British Virgin Islands.

Skyjet looks to be used for the trade of aircraft, as a press release from 2011 shows it sold a $18.5-million plane to Glory Key Investments Limited. 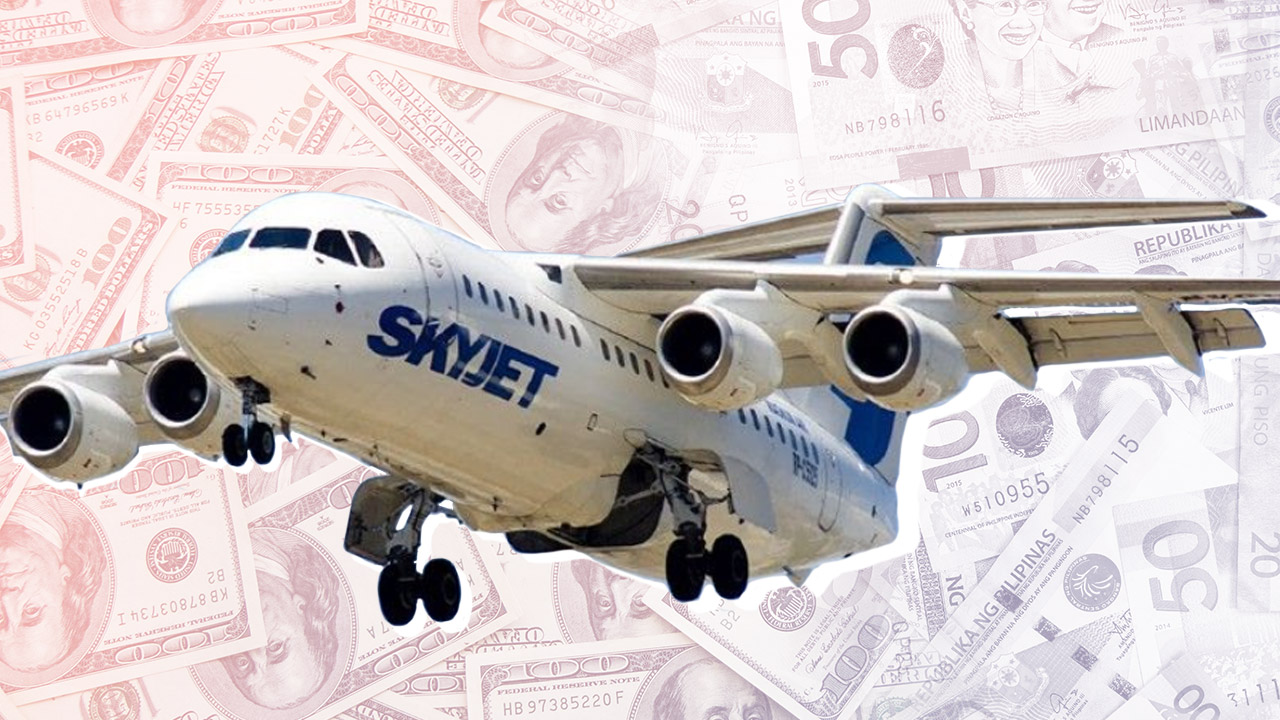 Rodriguez said the company was established for “business purposes”. As to whether the transactions he made through these companies were reported to concerned agencies is unknown.

Elmer B. Serrano is a lawyer of the Sy family, owners of SM Prime Inc. and SM Investments Inc. The family operates the largest mall chain in the Philippines, and the country’s biggest bank in terms of assets. 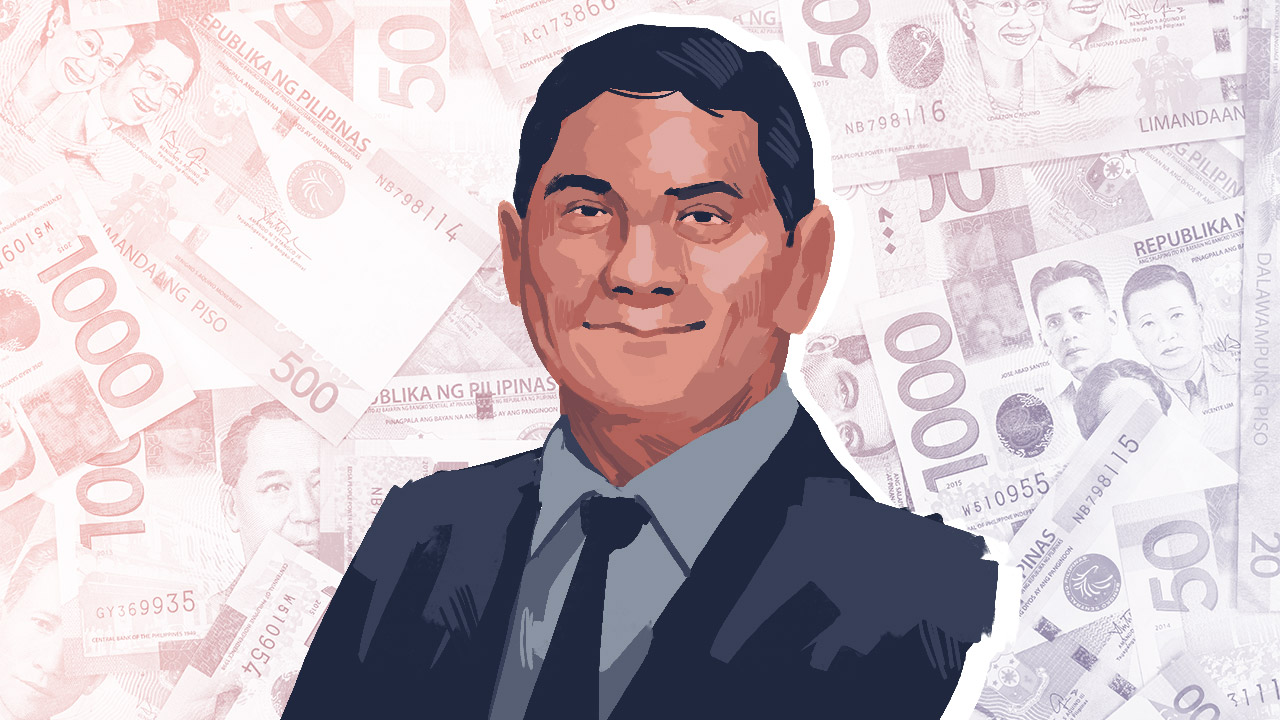 Serrano appears in Asiaciti Trust records as director of Myddleton Holdings Ltd., a company registered in the British Virgin Islands. He was appointed in 2018. Information on the beneficial owners or the purpose of the company are not available.

PCIJ and Rappler sent a letter to Mr. Serrano on Sept. 16, 2021, via email and made several followups. We have not received a response as of press time.

Delfin J. Wenceslao Jr. is president and director of real estate firm DM Wenceslao & Associates Inc. In 2003, the firm expanded to construction with the incorporation of Aseana Holdings Inc. The company has since been specializing in developing reclaimed land, with the 204-hectare Aseana City in Pasay as its flagship project. Wenceslao Jr. passed away last September 22 at the age of 77. 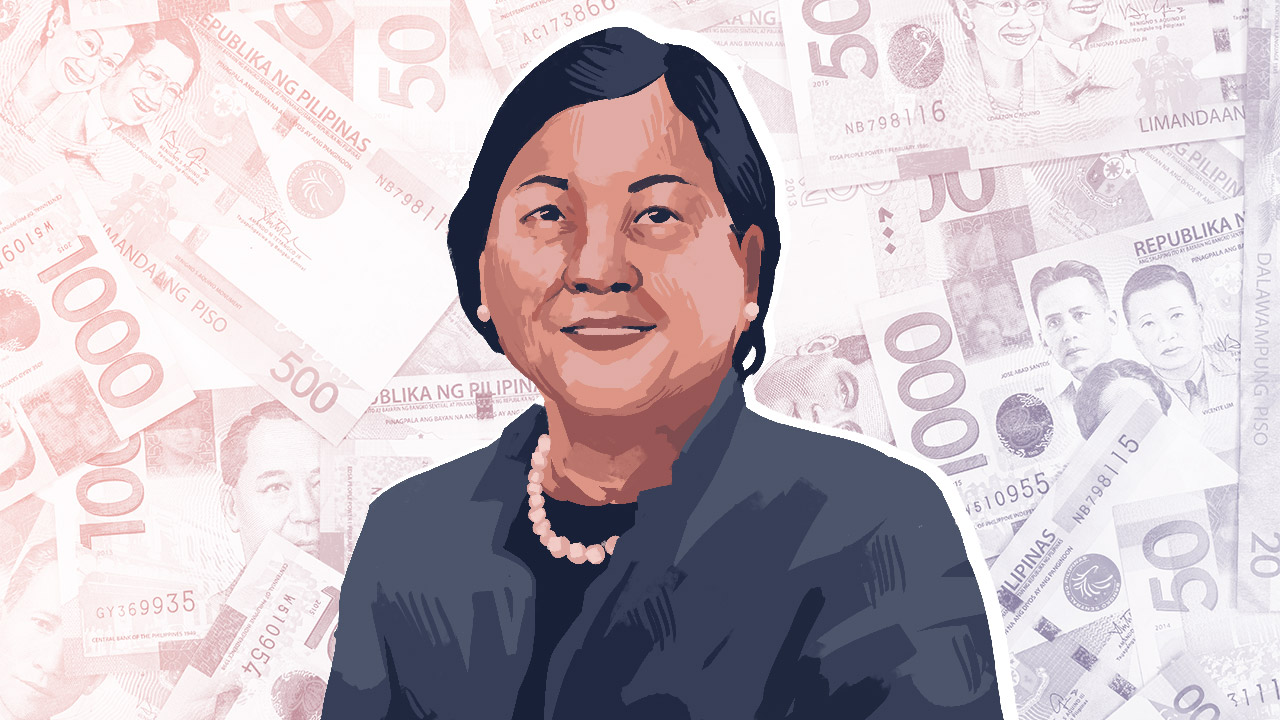 Wenceslao has appeared in Commence records as director of a British Virgin Islands company, Crown Star Ventures Limited, as early as 2001. By 2014, he included his children – Carlos Delfin, Delfin Angelo, and Edwin Michael – as co-directors of the company. In a report by Esquire Philippines, Delfin Angelo said it was the same year the company created a “family constitution,” which detailed “​the goals, concerns, rules and even dispute resolution mechanics of the family with regards to the business.” All of his sons serve on the board of DM Wenceslao & Associates Inc., with Delfin Angelo now sitting as CEO. A 2017 document also shows Wenceslao’s wife, Sylvia Chua Wenceslao, as beneficial owner of Crown Star Ventures Limited.

PCIJ and Rappler sent a letter to DM Wenceslao & Associates Inc. on Sept. 16, 2021, via email, but learned that he passed away on September 22. We made follow-ups with DM Wenceslao since. We have not received a response as of press time.