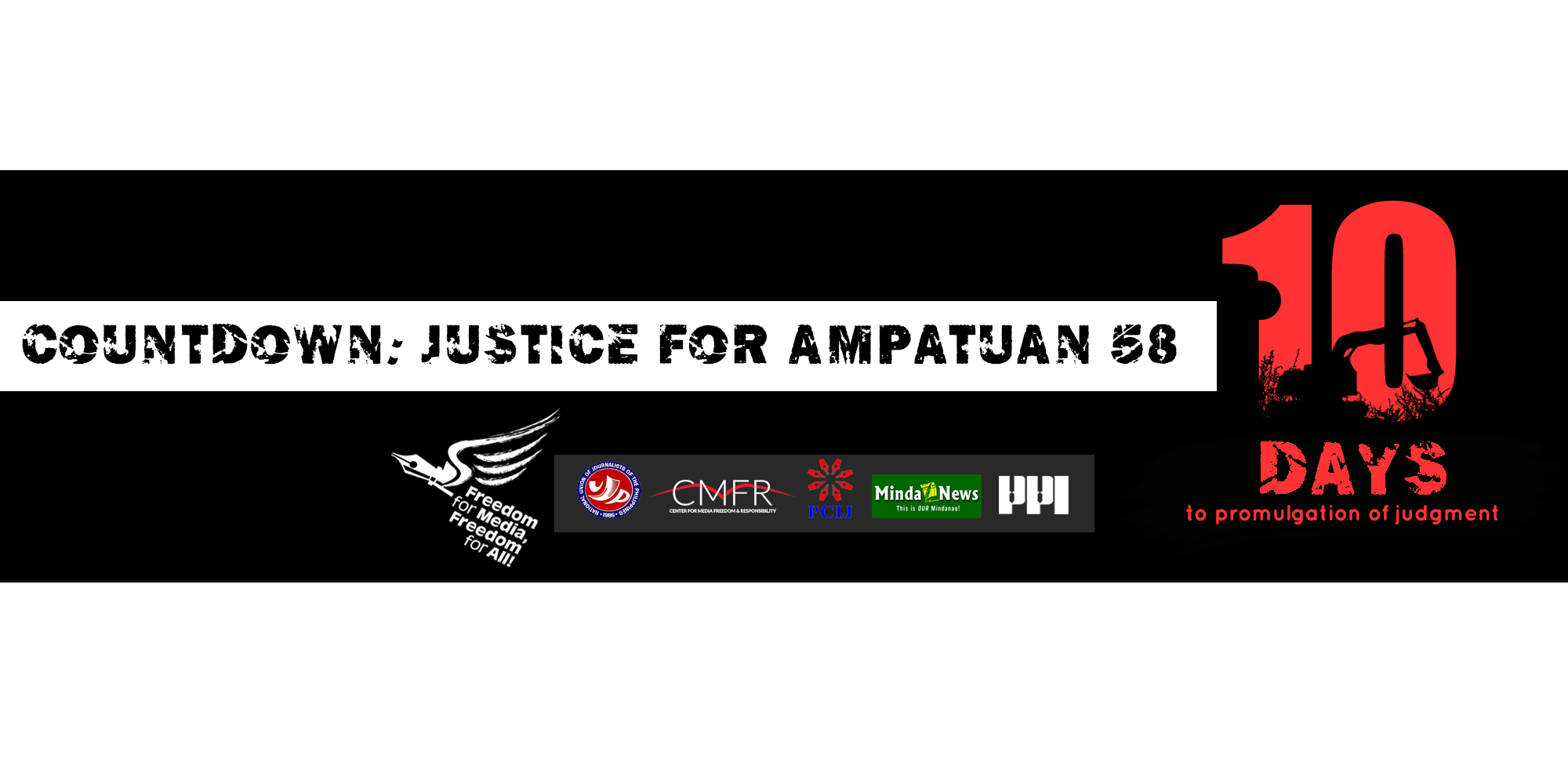 From 2002 to 2008, COA reports had scored huge expenses for what could have been identical projects in Maguindanao and ARMM, under the Ampatuans. The reports painted a sorry picture of how one powerful clan could have dipped into public coffers, willfully and wantonly, as if these were its personal purse.

THE COMMISSION on Audit (COA) is probably used to seeing dismal book-keeping by government units, but in the last several years, it has become particularly challenging to keep track of the accounts of Maguindanao and the Autonomous Region in Muslim Mindanao (ARMM).

Since 2002, the state auditing agency, in various reports, has repeatedly raised adverse findings about the lack of transparency, inadequate documentation of expenses, disallowed or irregular or unliquidated disbursements, and mismatched or irreconcilable entries in bank balances and financial reports of ARMM and Maguindanao, as well as unverified or unavailable physical inventory of equipment and properties supposedly purchased with public funds there.

Again and again, COA has also pointed to huge expenses for what could have been identical or the same projects in a region that is mostly under the control of the influential and wealthy Ampatuan family.

In gist, the COA reports altogether paint a sorry picture of how one powerful clan could have dipped into public coffers, willfully and wantonly, as if these were its personal purse. That national government agencies knew this was happening but for a long time turned a blind eye to it is the tragedy of Maguindanao and the ARMM.

This much is clear, according to Jesuit priest Father Albert Alejo, convenor of Konsult Mindanaw: “The funding agencies know about it, because part of their money subsidizes warlordism. The IRA (internal revenue allotment) goes into lining the pockets of some of these important people."

At the very least, it may help explain the how a single clan has managed to grow its wealth even as the area it controls became poorer.

Indeed, Maguindanao, the traditional stronghold of the Ampatuans, remains among the top five poorest provinces in the country despite the billions of pesos poured into it – and into ARMM – by the Arroyo government. In fact, without such financial propping, Maguindanao’s population of 1.27 million would have had to make do with annual local tax collections of only P555,864 in 2002, and even declined to P204,292 in 2008.

The largest of the five provinces of ARMM in terms of voting population, Maguindanao is the key to political control of the region. This is largely why it was the object of much pampering from the national government in terms of its IRA, say political analysts.

Apart from the billions allotted to Maguindanao, the Arroyo government has been generous to ARMM, which in 2008 alone received P16.96 billion in total cash inflows, including P8.82 billion from the national government and P7.7 billion for its own budget.

For 2010, ARMM secured total new appropriations of P9.26 billion, including P8.18 billion for operations, and another P1 billion for locally funded projects. But even a cursory review of the data enrolled in COA reports through the years strongly indicates that few residents of ARMM – and especially Maguindanao – ever benefited from these public monies. Suppliers, employees

For Maguindanao in 2008, the COA said that of the P1.087-billion total cash inflows, P354.6 million went to “suppliers/creditors," and P157.03 million to “employees." The provincial government listed unspecified “other cash outflows" to be worth P455.56 million, or nearly half its total cash inflow for the year.

For ARMM in 2008 the regional government reported total cash inflow of P17.26 billion, but carved out of this P5.77 billion for “personal services" and P10.56 billion for “maintenance and other operating expenses.”

In the observation of SocialWatch Convenor and former national treasurer Leonor Magtolis-Briones, the bulk of the funds went to paying mostly salaries, wages, honoraria, and similar expenses. Sustaining the operations – largely payroll – of a small agency like the ARMM, she rues, amounts to “an incredible P1 billion, even though the presence of the regional government is barely felt.”

Maguindanao is a bad example, Briones says, of how political control begets fiscal control, and vice versa. In truth, in 2008, the payroll for the regular and other employees of the ARMM had climbed to P3.7 billion. (This amount excludes another P103 million that Maguindanao paid in 2008 for salaries and wages for regular, casual and contractual employees, and more for other allowances and bonuses.)

These multiple permutations of “personal services” expenditures also dominated the budget of Maguindanao.

Dozens of identical expense items were both enrolled in the accounts of both the provincial government of Maguindanao and the ARMM regional government. In both cases, these were all assigned separate but similarly huge budgets.

To be sure, COA has not been wanting in its reminders to the ARMM executives. In 2008, it listed a total of P171 million in various “disallowances/charges” and has repeatedly asked regional officials to settle millions of pesos in amounts “prepaid" for travel, training and other activities.

COA has also reminded officials in ARMM and Maguindanao about the lack of pre-bid, bid and other documents before the rollout of public works projects, for which mostly billing documents have been submitted. In 2007, as public works and other projects started to flood the province, COA raised a big concern: because the provincial government had failed to submit its Annual Investment Plan ahead of construction work, there was no way for state auditors to ascertain the relevance or timeliness of such projects.

Notably, in the last several years, Ampatuan relatives, as well as other political surrogates, began to be found everywhere in local government units in ARMM, both in elective and appointive. As a result, the clan assumed nearly total control of public monies of all levels of the government – from regional to provincial, municipal and barangay levels.

Strategic posts in budget and revenue agencies were made accessible only to the most trusted kith or kin, not least of them Rebecca Uy Ampatuan.

The eldest child of Ampatuan Sr. and Laila Uy, Andal’s first wife, Rebecca worked as administration and finance chief of ARMM’s Regional Legislative Assembly. Previously, she was the chief of staff of then governor Zaldy Ampatuan, her younger brother. Rebecca is the wife of Akmad ‘Tato’ Ampatuan, who was elected in 2007 as mayor of Mamasapano.

In early 2009, Tato was appointed by Zaldy as OIC vice governor of Maguindanao. Interestingly, while it is typically booked as the agency getting the lion’s share of public funds, the education department is possibly the least favored in terms of actual program priorities of the Ampatuans.

The lists of assets of the provincial and regional governments keel heavily toward grand, expensive edifices built for purposes other than education.

In addition, the provincial government reported that it had an array of “construction in progress” projects among its other assets, notably P110 million in “roads and highways" and P119.16 million in “other public infrastructures.”

An edifice complex seems to tie the Ampatuans together as a clan. In ARMM, the regional government reported as many, and seemingly similar, construction projects., Based on the 2008 COA report, these included: P134 million in roads and highways, P21 million in other “agency assets,” P15.7 million in lighthouses and harbors, and P1.45 million for “parks/plaza.”

Yet it is in the education and health sectors where the poor of Maguindanao and ARMM need a lot more support by local and national government agencies.

In Maguindanao, the enrollment ratio for children of school age is just 70 percent, among the lowest across the nation. In 2003 to 2004, government data showed that half or 984 out of the 1,959 public elementary schools in the ARMM were incomplete or not fully constructed. The data on provisions made for the education sector are at best fudged, at worst fictional.

In schoolyear 2005-06, Maguindanao reported that it had enrolled a total of 135,990 students in elementary school. But a 2008 PCIJ reported showed that the schools counted only 50,204 usable seats for the students, for a dismal shortage of 85,786 seats.

Enrollment in secondary schools is even worse at only 32.8 percent as of 2006, or just a third of the children of high-school age. A mere 13 percent of those who make it to high school manage to graduate.

It is not surprising then that in 2005, the Philippine Human Development Report said that only 39.7 percent of adults in Maguindanao have six years of basic education, compared to the national average of 84 percent.

Even worse than the lack of textbooks is the appalling lack of teachers. Maguindanao’s education department in 2008 said that the province’s elementary and high schools have a total of 1,340 permanent teachers and 52 contractual teachers.

That comes up to a most pathetic average of two -- at most three -- teachers for each of Maguindanao’s 506 barangays. And these are teachers whose GSIS contributions have not been paid on time by a clan whose young now go elsewhere to study.

Other, bigger ills plague the education sector in ARMM, according to COA – ghost teachers, teaching positions for sale, absentee teachers, and even ghost schools. But how the Ampatuans squandered billions of pesos in public funds, with their political patrons in Manila looking the other way, is perhaps the most ghastly scourge ever visited upon the poor of Maguindanao and ARMM. - With additional reporting by Ed Lingao and Jaileen Jimeno, PCIJ, April 2010

(Editor's Note: This story was the last of a three-part report that PCIJ first published on April 1, 2010)