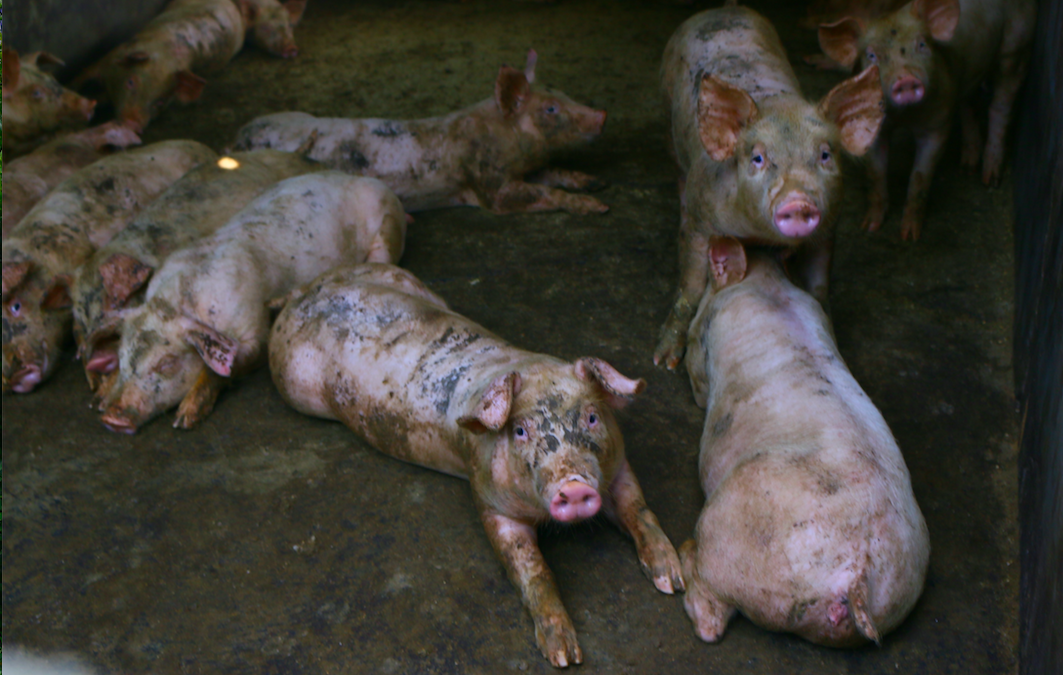 THREE years ago, Maida de los Santos (not her real name) got the shock of her life.

The hog-raiser was told she could no longer afford to get feeds on credit. This was because her debt had already ballooned to more than a million pesos, a huge sum for someone trying to keep body and soul together in Majayjay, a small town in Laguna three hours away from Manila.

All that debt was from unpaid hog feeds alone, according to her supplier, who, curiously enough, got her started in the business in the first place.

The offer from the supplier – and de los Santos’s future debtor – of a possible income source had come at a time when de los Santos was wracking her brains for ways to make money so she could send her children to school in Manila. With nothing more than an empty backyard and a can-do attitude, she agreed to raise piglets for her supplier, who guaranteed to buy them once they were fully grown.

“It’s just like paying a laborer,” Pedro R. Kalaw, vice chairman of the National Hog Farmers Federation, told the PCIJ in an October 2018 interview, referring to the arrangement commonly known as ‘pa-iwi’ or ‘pa-alaga.’ “Except that the chance for farmers to grow is limited and depends on the number of hogs they have.”

The arrangement has also spawned a new kind of entrepreneur called a “financier,” said Kalaw, who owns a Batangas facility that hppa-as about 10,000 adult hogs.

“Most of the financiers have their own feed mills so they act as the feed supplier and they also buy piglets,” he said. “I’m not saying that they’re making money out of it but they can easily make money out of it if they want to. “After all, they are able to set their prices.”

Under the arrangement with her financier, Maida de los Santos received PhP2,500 for every 90- to 100-kilo hog she would raise. Once sold in the market, prices of a hog of the same weight — which is the preferred size of financiers and traders — can fetch three to four times as much. Financier and hog-raiser split the sales proceeds evenly.

Besides raising hogs she got for free in her own backyard, all de los Santos had to do was to buy feeds from her financier, who ran a feeds store and raised hogs herself in town. The financier even provided her a generous credit line for the feeds – or so de los Santos thought.

She would later find out that each feed bag she got on credit cost PhP350 more than a bag of feeds of comparable quality, or PhP1,200. With every feed bag she borrowed, the more indebted she became because she was paying 40 percent more than what was available in nearby towns.

Last November, though, an unexpected windfall helped de los Santos trim her obligations by P300,000. That has left her with a balance of PhP1 million, more or less, which she plans to settle in 10 years.

But she herself admitted that it would take a lot of doing. She is constantly juggling funds to cover the children’s schooling expenses,  the cost of her husband’s maintenance medicines, and payment for the feeds.

Still, she has assured her debtor that she is never going to renege on her debt. De los Santos said that she has already has shifted to using cheaper feeds to save funds for debt payments.

But then there are other looming expenses, among them the acquisition of a wastewater treatment facility — as required by the government — and, later on, septic tanks as mandated by a municipal ordinance. That is, if she ever considers heeding such regulations.

For now, only one thing's for sure. She's not going to quit raising hogs just yet.  -- Robert JA Basilio Jr.