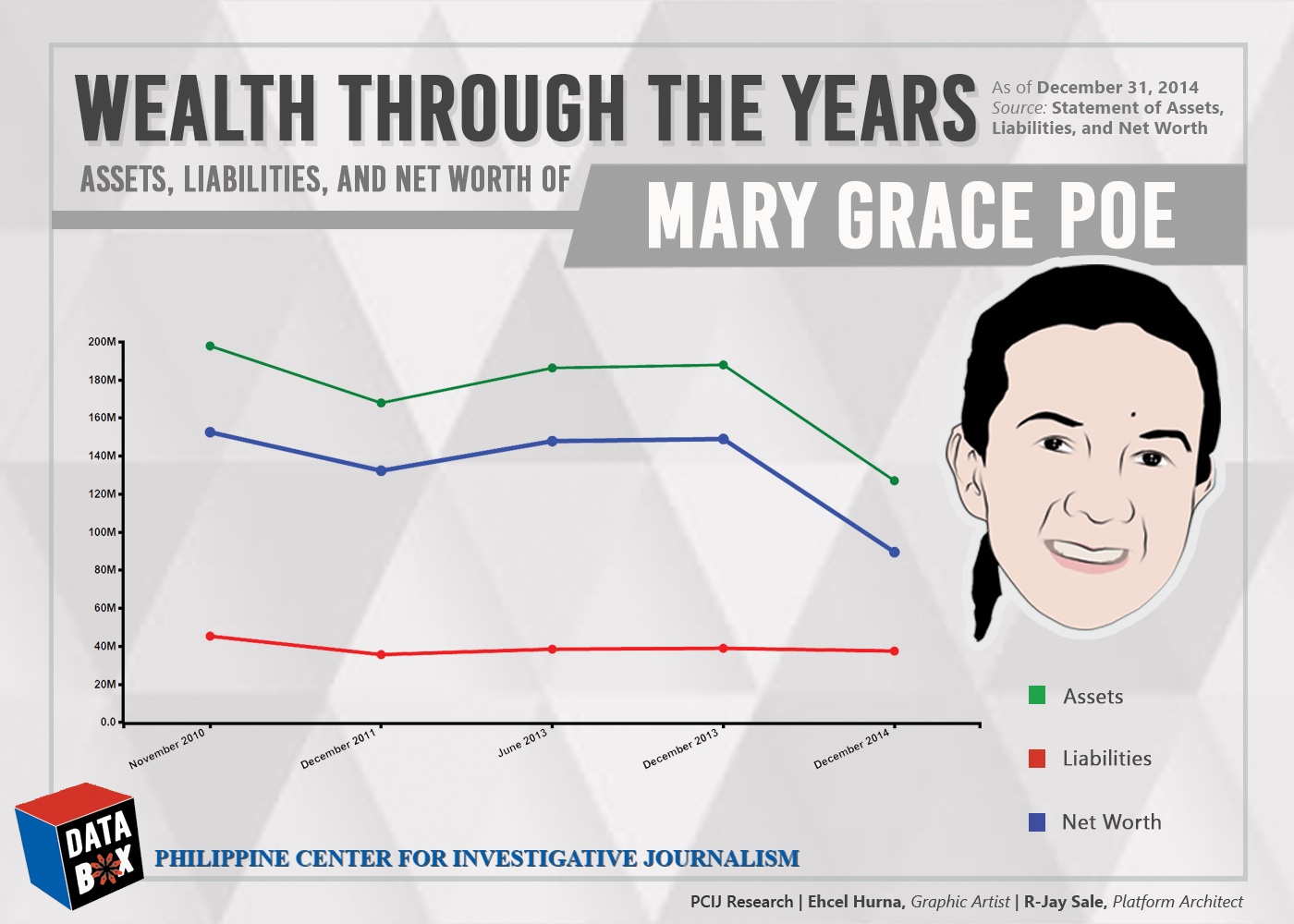 What is puzzling about Poe’s wealth is this: She has reduced the values of her real and other assets by a third to half in the last four years, even as she also managed to reduce her debts by a fourth during the same period.

In short, Poe has been declaring much less assets but also much less loans, and a net worth cut to half in four years alone. Why all the numbers in her SALN covering both her assets and her liabilities are going down, is an intractable equation.

During her first year in public office, Poe declared a mix of inherited (from her late father Fernando Poe Jr.’s estate) and acquired real properties worth P134.4 million, personal and other properties of P63.45 million, and liabilities of P45.31 million.

Four years later in 2014, all her numbers hit the doldrums for reasons not quite clear in her SALNs.

Last year, Poe put her real properties – all residential units – to be worth P95 million only (down P39.4 million or 29 percent less in value). She did not declare owning any commercial, agricultural, or mixed-use real estate.

In 2014, too, Poe’s personal and other properties also declined to P31.9 million (down P31.55 million or 49.7 percent less in value). Nonetheless, the amount included, she said, P22 million in investments in such entities as:

Poe gave only the “acquisition cost” of the two properties and left blank the columns for their “assessed value” and “current fair market value.”

In addition, Poe listed 16 other pieces of real assets — three commercial in nature, two agricultural, and 11 residential — for which she assigned zero acquisition cost.

She said all these 16 additional real properties were “inheritance” passed on to her in 2004, the year her father Fernando Poe Jr. died.

Among her investments, Poe said she acquired in 2012 “shares of stocks (in) San Miguel Corporation A, by subscription — 8,500 shares.” Her SALN, however, had this notation for her stocks in San Miguel Corp.: “Divestment of stock began 19 APR 2016.” 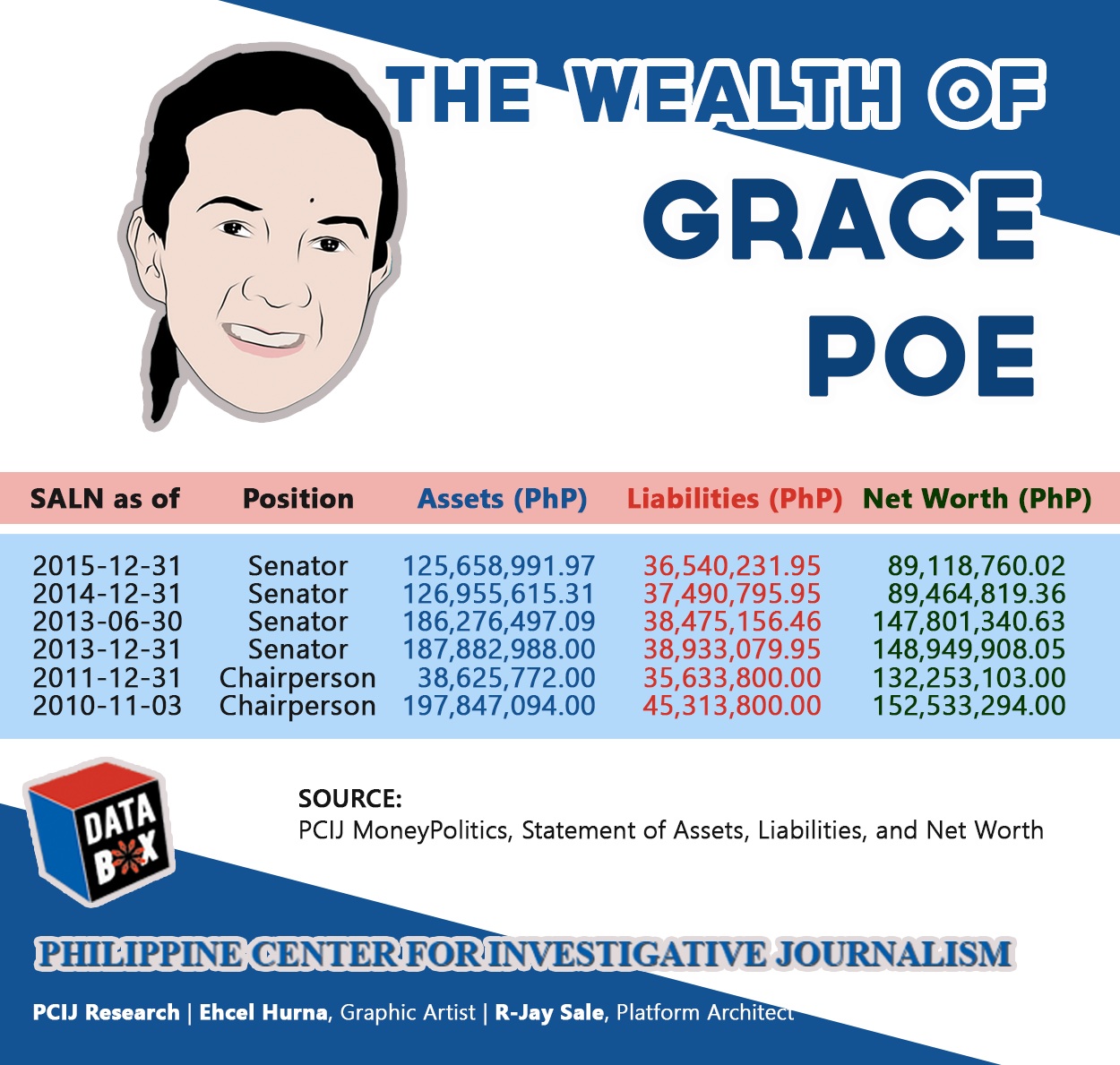 Poe’s latest SALN did not enroll values for furniture and appliances, books, paintings, jewelry and other entries that typically appear in the SALNs of many other public officials.

Minus the real properties and shares of stocks that she declared to be “inheritance” for which she assigned zero acquisition cost, the senator’s total assets (real assets plus personal properties) amounted to P125,658,991.97.

Popularly known by her screen name Susan Roces, Jesusa S. Poe is the senator’s mother and the widow of Fernando Poe Jr.

Poe said she has been an officer/shareholder from 2006 to 2009 in FPJ Productions, JPS Realty and Development Corp., and 226 Wilson Development Corp.; and a shareholder in AB Design Studios and Trading Corp. and The Health Cube Rehabilitation and Training Center.