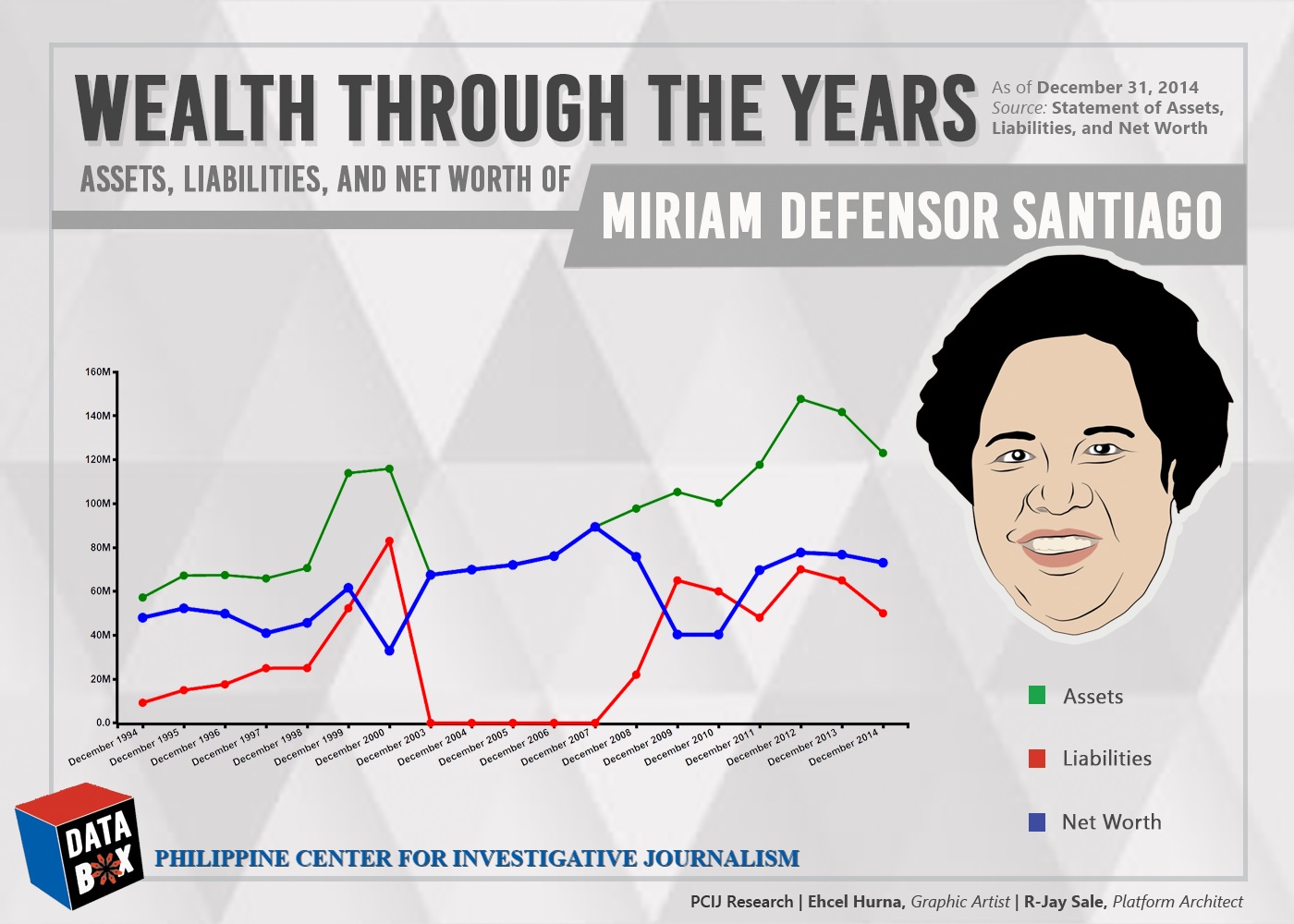 Nearly two decades later, in 2014, she enrolled a net worth of P73.03 million, or nearly twice more than when she started. It consisted of a pithy P2.9 million in real properties, a staggering P123.03 million in personal and other properties, and P50 million in liabilities.

Santiago’s SALN narrative exemplifies the shift from real assets to personal properties, a discernible trend in the SALN filings of many senior elective officials through the years.

Until 2008, Santiago had enrolled among her assets a posh house and lot in La Vista, Quezon City, which she said she acquired on a loan in 1992 for P27 million. But from 2009 to 2014, her SALN no longer lists this property among her real assets. Instead, in these years, Defensor-Santiago enrolled the house to be her “official address.”

The remaining real assets she enrolled are eight pieces of lots and houses in Iloilo and Tarlac that she reportedly inherited. In contrast to her receding real assets, the senator’s “cash in bank” entry – P10 million in 2004 to P40 million in P2014 – bloated her personal and other properties.

In her first available SALN filed for the year 1994, Santiago started with a significant P48.99 million in real properties, and only P8.21 million in personal properties.
The value of her real assets reached a peak in 1999, at P100.39 million.

In her 2014 SALN, Santiago declared business and financial interests in six entities:

Interestingly, the offices of all six business concerns are located at NARSAN Building on No. 3 West Fourth Street, West Triangle, Quezon City, a property apparently owned by her family.

Six years earlier in 2008, she had declared business interest only in Narsan Holdings.

Santiago lost in her first electoral bid for the presidency in 1992, claiming that rival Fidel V. Ramos cheated her of victory. In 1994, she declared a net worth P48 million only — P57.20 million in total assets minus P9.2 million in total liabilities.

Her wealth status would fall, and then rise again, years later.