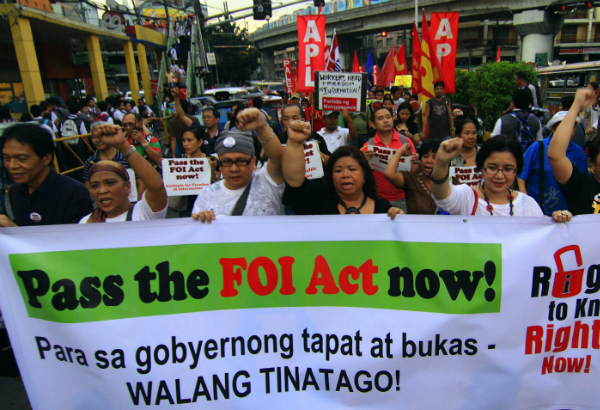 FOI, Kaya pa? Is there a future
for FOI under DU30 administration?

WE LOOK BACK to two years ago when hopes were high –- for order, for rule of law, for discipline, for transparency, for accountable governance. With the rise of the President who held sway over our legislators and even had as one of his first official issuances an executive order that operationalized accessing information held by government, many expected a most open government and the passage of the FOI Law to be a Year 1 Christmas gift even.

WE LOOK BACK to two years ago when hopes were high –- for order, for rule of law, for discipline, for transparency, for accountable governance. With the rise of the President who held sway over our legislators and even had as one of his first official issuances an executive order that operationalized accessing information held by government, many expected a most open government and the passage of the FOI Law to be a Year 1 Christmas gift even.

Fast-forward to today and as we near mid-term elections, there is no FOI Law in sight. And with the past years of practice using the FOI EO and eFOI portal, we have become all too familiar with its limitations. Several areas of concern have surfaced in fact, including excessive discretion on the approving person, privacy and confidentiality concerns, a wanting infrastructure, lack of training, ‘part-time’ institutional FOI officers, paranoia on supposed proprietary information, non-disclosure agreement first access later policies, among others. These all underscore that a clear Freedom of Information Law which clearly and completely outlines access and disclosure mechanisms is imperative for a functioning democracy. We don’t have that. 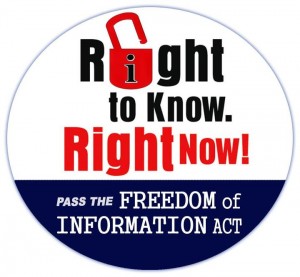 The Right to Know. Right Now! Coaliton, to support its advocacy, continues to undertake coordinated FOI Practice. For Round 4 of the Coalition’s FOI Practice, we sought to highlight the following objectives: (1) to interface transparency principles with FOI practice; (2) to audit and review data standards and quality; and (3) to enhance and expand the public discourse on public policy issues, transparency, and governance. In this round, we focused on the following:

• The implementation of the social mitigating measures in Package 1 of the Comprehensive Tax Reform Program (Tax Reform for Acceleration and Inclusion or TRAIN Law);
• The Memoranda of Agreement covering mining operations and companies in the Philippines;
• Relevant documents for the “Build, Build, Build” program or the massive infrastructure and civil works program of the Government; and,
• The crisis in the supply and distribution of rice.

In total, the Coalition filed requests with 20 agencies, asked for 141 documents, made 230 contacts, and waited for up to 159 working days. All this effort resulted in a measly 17 (12%) documents retrieved or with positive response, with around 88% with a negative response, consisting of 9% outright denied and 79% of documents still pending (way beyond the prescribed period in the EO, and hence should be considered as denied).

The picture is more complicated than the numbers. We recognize that some agencies perform better than others, and that efforts to mainstream the FOI Program do need time to percolate and bear fruit. But we hope for more.

We challenge leaders in the Executive and movers in the Legislative branches: make the decisive move and pass the FOI Law. This is the critical proactive move needed to deliver the promise of Section 28, Article II and Section 7, Article III of the Constitution.

Now of all times there is a need for an FOI – not just law but a true appreciation and recognition of it and an authentic desire to truly be open, accessible, accountable, and transparent to the public. If there is ever a time where it is even more crucial to be armed with the tools to be able to distinguish policy statements from mere expressions of opinion and misused hyperboles, it would be now.