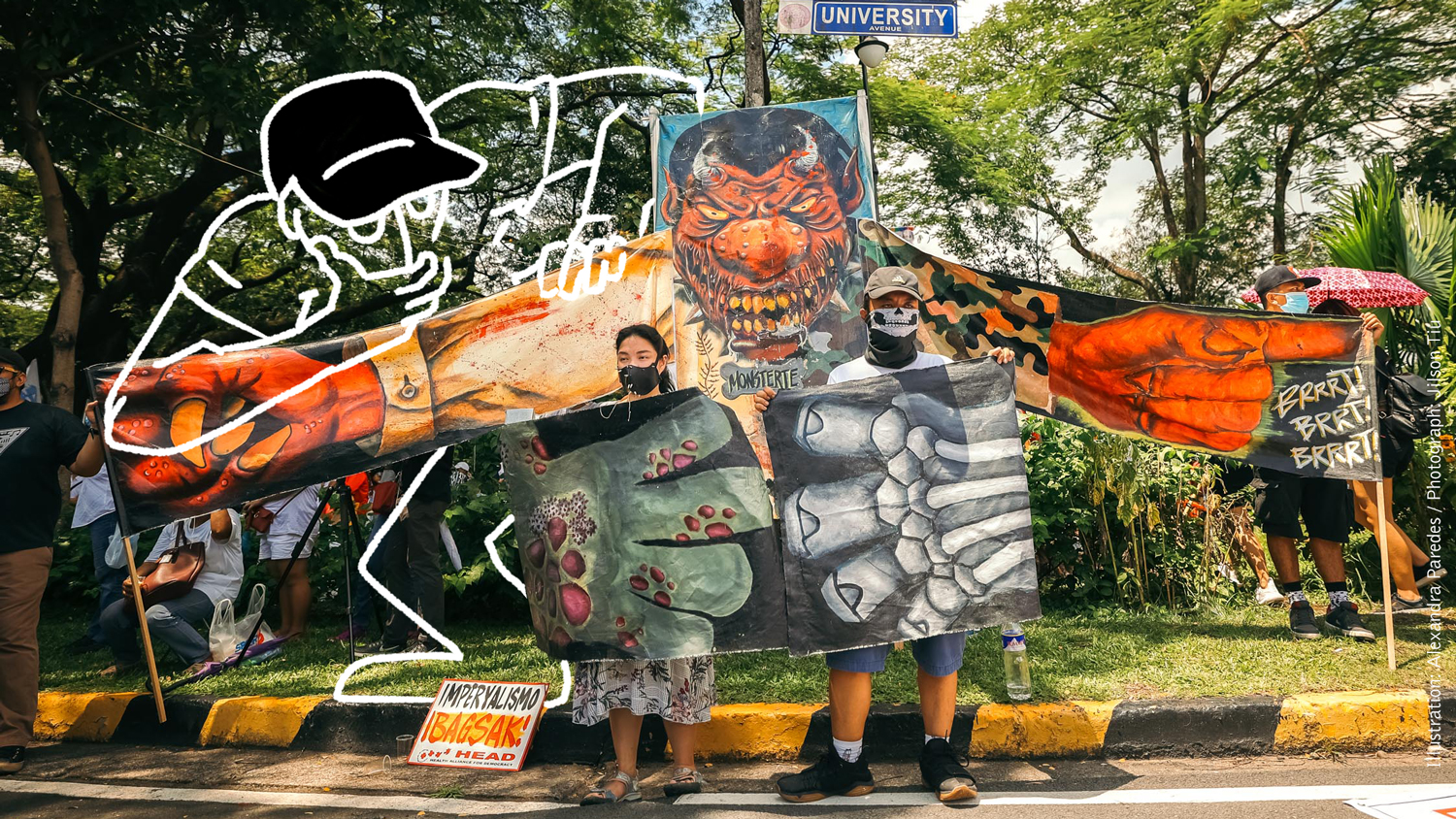 'If we are not sure what terrorism is, we can't be sure what inciting to terrorism covers'

The Supreme Court on Feb. 2, 2021 held oral arguments on the Anti-Terrorism Act (ATA) of 2020. We are publishing a transcript of the opening statement of petitioner Alfredo Molo III, a constitutional law professor at the University of the Philippines. The oral arguments will resume on Feb. 9.

I was given three topics. First, severability. Our position is that the ATA cannot survive the nullity of its key provisions. The law relies on a concept that seeps into its every crack; not even a saving clause works.

Second, it is our position that the repeal of the HSA cannot operate in a manner that deprives vested constitutional rights or in violation of our international obligations.

Third, as to the vagueness and overbreadth of Sections 5 to 14, the objections fall within 3 general categories. The first category of objections argue that because Section 4’s new definition of “terrorism” escapes consistent meaning, other provisions become vague as well. If we are not sure what terrorism is, then we can’t be sure what inciting or proposing it covers. The second category focuses on specific phrases like Section 6, which punishes and I quote, “collecting and making documents connected with the preparation of terrorism.” Now, broad formulations like this are unconstitutional both here and abroad. In US v. Stevens in 2010, Chief Justice Roberts nullified a penal law facially because although it was meant to punish depictions of animal cruelty, it was actually punishing innocent acts like a butcher's or a slaughterhouse's. Section 6 fails Steven's analysis because it covers an author writing about Philippine terrorists or a filmmaker making a documentary on terrorism. The third category of objections refers to ATA provisions applied as a whole. Designation combined with Section 4 and 10 covers those who may not even know what they did wrong –– like people added to viber groups involuntarily or our grandchildren who may have joined a BTS fans club online that transformed into something different. It doesn’t matter. Under the ATA's text, they are all members. They can be designated and they can be detained for 24 days.

The OSG argues: Well then, just construe to include knowledge or intent. But the text doesn’t say that. And penal laws are strictly construed against the state and any presumption of constitutionality is lost when a law affects fundamental rights.

The government says we are twisting the ATA, but this [claim] misses the point. The very fact that a penal law is susceptible to multiple readings makes it vague. The classic example is a speed limit. “Don’t go faster than 60kph” invites no debate. But here, just days after the ATA was signed, the President was already disagreeing with the principal author of the law on what “designation” covers. If even they can’t agree, what more the law’s enforcers?

They say, only “terrorists” should fear this law. But, “terrorism” under this new law is not the old terrorism we imagined. According to the OSG, the ATA is a “flexible,” adaptive law by design. This is the price: nuns, who have been teaching our youth for centuries are accused of “corrupting the youth." It's the same charge used to execute Socrates. There's more. Our client, Justice Carpio, who is defending the country from an incursion along with Justice Carpio Morales, is called out for “stoking conflict with China.” This is punishable in the ATA and, in fact, under Sec. 25, China can ask that both Justices be designated as terrorists.

The government argues as if the ATA is an ordinary penal law like illegal parking. It is not. Since 1987, there has been no law that sweeps so many constitutional rights. Since 1987, no law has threatened to diminish the judiciary by directly taking away its powers and giving them to the executive. The ATA does both. To quote Justice Sarmiento [in Taruc v. Ericta]: “It was a long and horrible nightmare when our people’s rights, freedoms and liberties were sacrificed at the altar of “national security.”

In closing, your honors, we revised our constitution on this very day to prevent horrors like this 34 years ago. If there were any case, in the minds of the framers when they created expanded judicial review, this is that case. Someday, the political branches may yet undermine the judicial branch and perhaps the light of democracy in this country may dim once again. But, please, let it not be under this honorable court’s watch. Your honors, we entrust in you the fate of our constitution, the dignity of our judges, and the lives of generations of Filipinos.