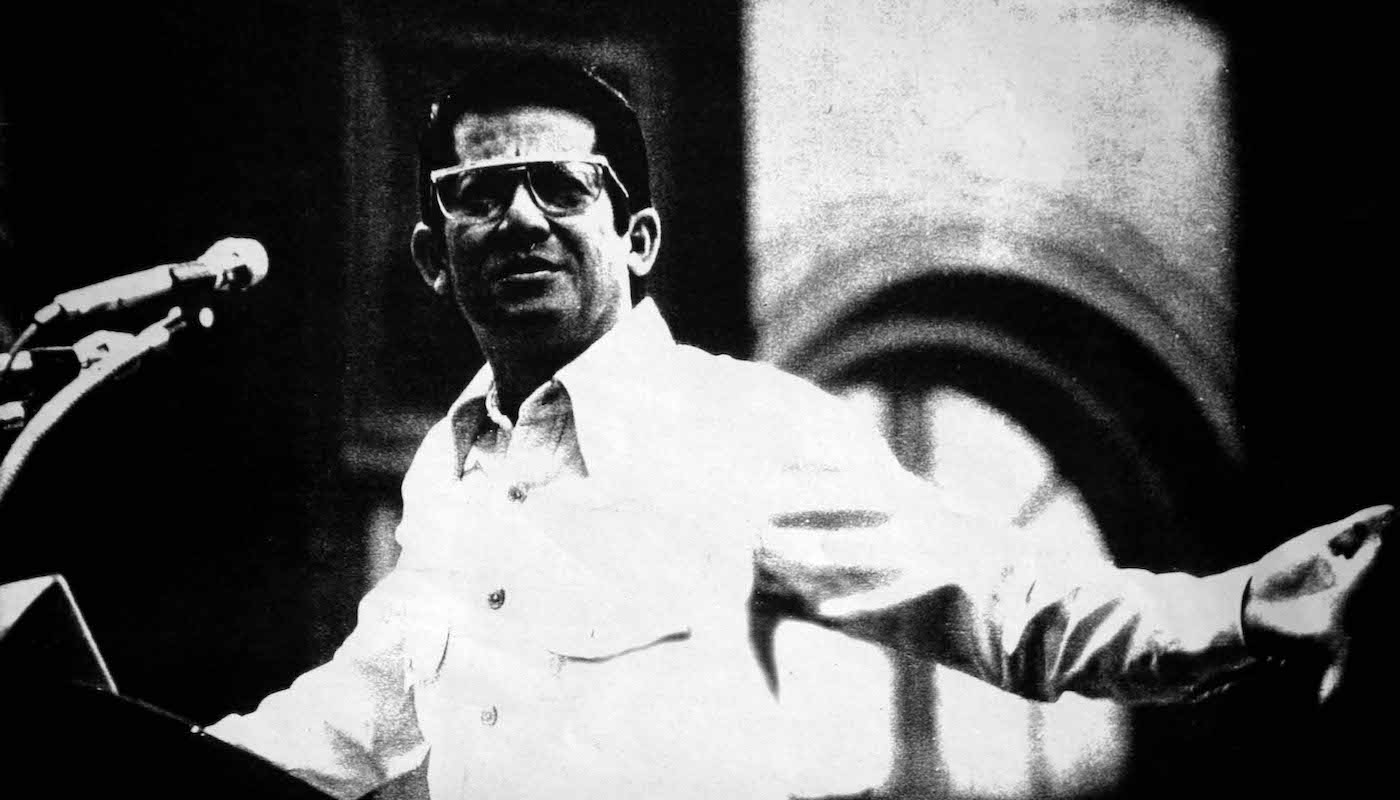 The undelivered speech of Sen. Benigno Aquino Jr. upon his return from the US, Aug. 21, 1983

Former opposition senator Benigno "Ninoy" Aquino Jr. returned to the country on Aug. 21, 1983, following three years in exile, but he was gunned down on the tarmac of Manila International Airport. His assassination started a chain of events that would lead to the 1986 People Power Revolution that ousted the late dictator Ferdinand Marcos. The airport was renamed to Ninoy Aquino International Airport in his honor.

I have returned on my free will to join the ranks of those struggling to restore our rights and freedoms through nonviolence.

I seek no confrontation. I only pray and will strive for a genuine national reconciliation founded on justice.

I am prepared for the worst, and have decided against the advice of my mother, my spiritual adviser, many of my tested friends and a few of my most valued political mentors.

A death sentence awaits me. Two more subversion charges, both calling for death penalties, have been filed since I left three years ago and are now pending with the courts.

I could have opted to seek political asylum in America, but I feel it is my duty, as it is the duty of every Filipino, to suffer with his people especially in time of crisis.

I never sought nor have I been given assurances or promise of leniency by the regime. I return voluntarily armed only with a clear conscience and fortified in the faith that in the end justice will emerge triumphant.

According to Gandhi, the willing sacrifice of the innocent is the most powerful answer to insolent tyranny that has yet been conceived by God and man.

Three years ago when I left for an emergency heart bypass operation, I hoped and prayed that the rights and freedoms of our people would soon be restored, that living conditions would improve and that blood-letting would stop.

Rather than move forward, we have moved backward. The killings have increased, the economy has taken a turn for the worse and the human rights situation has deteriorated.

During the martial law period, the Supreme Court heard petitions for Habeas Corpus. It is most ironic, after martial law has allegedly been lifted, that the Supreme Court last April ruled it can no longer entertain petitions for Habeas Corpus for persons detained under a Presidential Commitment Order, which covers all so-called national security cases and which under present circumstances can cover almost anything.

The country is far advanced in her times of trouble. Economic, social and political problems bedevil the Filipino. These problems may be surmounted if we are united. But we can be united only if all the rights and freedoms enjoyed before September 21, 1972 are fully restored.

The Filipino asks for nothing more, but will surely accept nothing less, than all the rights and freedoms guaranteed by the 1935 Constitution—the most sacred legacies from the Founding Fathers.

Yes, the Filipino is patient, but there is a limit to his patience. Must we wait until that patience snaps?

The nation-wide rebellion is escalating and threatens to explode into a bloody revolution. There is a growing cadre of young Filipinos who have finally come to realize that freedom is never granted, it is taken. Must we relive the agonies and the blood-letting of the past that brought forth our Republic or can we sit down as brothers and sisters and discuss our differences with reason and goodwill?

I have often wondered how many disputes could have been settled easily had the disputants only dared to define their terms.

So as to leave no room for misunderstanding, I shall define my terms:

1. Six years ago, I was sentenced to die before a firing squad by a Military Tribunal whose jurisdiction I steadfastly refused to recognize. It is now time for the regime to decide. Order my IMMEDIATE EXECUTION OR SET ME FREE.

I was sentenced to die for allegedly being the leading communist leader. I am not a communist, never was and never will be.

2. National reconciliation and unity can be achieved but only with justice, including justice for our Muslim and Ifugao brothers. There can be no deal with a Dictator. No compromise with Dictatorship.

3. In a revolution there can really be no victors, only victims. We do not have to destroy in order to build.

4. Subversion stems from economic, social and political causes and will not be solved by purely military solutions; it can be curbed not with ever increasing repression but with a more equitable distribution of wealth, more democracy and more freedom, and

5. For the economy to get going once again, the workingman must be given his just and rightful share of his labor, and to the owners and managers must be restored the hope where there is so much uncertainty if not despair.

On one of the long corridors of Harvard University are carved in granite the words of Archibald Macleish:

I return from exile and to an uncertain future with only determination and faith to offer—faith in our people and faith in God.