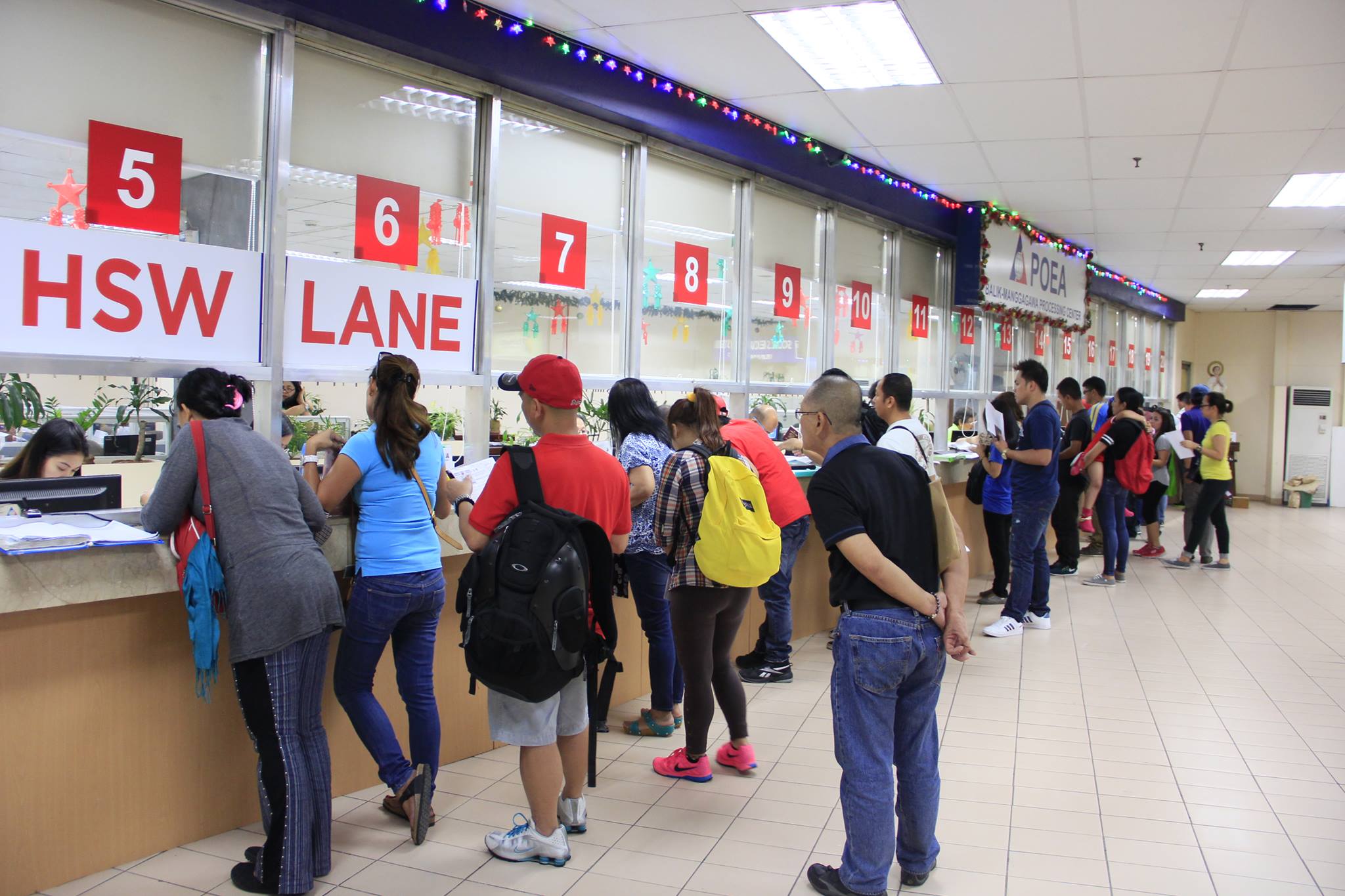 In his first State of the Nation Address (SONA) on Monday, July 25, the president called on the Department of Migrant Workers (DMW) and the Department of Information and Communications Technology (DICT) to make this a top priority.

“We shall automate the verification of contracts and issue secure overseas employment certifications that you can keep on your smartphones,” Marcos said.

University of the Philippines professor Jean Encinas-Franco urged caution in implementing the president's policy directive, however, especially because Marcos failed to provide concrete details on how he wanted to implement the ambitious initiative.

While everybody wants to reduce red tape, the vetting process might be sacrificed, she cautioned.

Policymakers should always be conscious of the fact that migrant workers do not have the same circumstances, she said. As the government promotes digital systems, for example, Encinas-Franco said it is important to understand that some overseas Filipino workers (OFWs) do not have access to their phones or are not internet-savvy.

“Hindi naman monolithic ang OFWs… Maaaring ‘yung iba kaya na three weeks lang, pero ‘yung iba ay kailangan ng mas mahaba (OFWs are not monolithic. There may be some who can do it in three weeks, but others will need more time),” she said.

“Halimbawa, ‘yung iba kailangan ng language lessons o kailangan ng mas mahabang vetting kasi may reports on human trafficking or abuses ‘yung bansa, so dapat may precautions (For example, there may be some who will need language lessons while others will need a longer vetting process because of reports of human trafficking incidents or abuses in the destination countries. There should be precautions).”

Marcos also directed the Department of Foreign Affairs to work with the DMW to ensure the re-deployment of migrant workers who lost their livelihoods due to the pandemic. The involves bilateral talks with Saudi Arabia, one of the Middle East countries with the most number of Filipino migrant workers, to lift the deployment ban.

“Kaya natin at gagawin natin ang makipagnegosasyon nang mabigyan ang ating maga kababayan doon ng tamang pasahod at mapangalagaan ang kanilang karapatan at kapakanan (We can and we will negotiate so that our citizens would be provided their due salaries and that their rights and welfare would be protected),” Marcos said.

In 2021, the Department of Labor and Employment (DOLE) suspended the verification of Saudi Arabia employment contracts due to issues concerning abusive employers. This affected many OFWs who were set to leave the country.

“The only way to protect migrant workers is to engage with the host states and (improve) bilateral relations,” Encinas-Franco said. “But don’t just stop with Saudi.”

More than 800,000 pandemic-hit OFWs were displaced and repatriated, according to the November 2021 data from DOLE.

But despite a general push for the deployment of migrant workers, Marcos was mum on the government policy that puts a cap on the annual deployment of newly hired healthcare workers to 7,000.

This policy must be reviewed, Trade Union Congress of the Philippines (TUCP) Vice President Louie Corral told PCIJ in an interview.

“It doesn’t make sense, really, to limit the choice of healthcare workers on where and when to work if their meal, transportation, and risk allowances are not being answered,” Corral said.

But Corral admitted that allowing healthcare workers to migrate would “compromise the health care capacity of the country, so there has to be a gentle, balancing act.”

TUCP proposed that graduates of private institutions be allowed to leave the country because they paid for their tuition.

“But if you graduated from a state college or university, because taxpayers’ money is involved, you have to serve your country for three years. That’s the way to do it, so we can moderate the deployment,” he said.

Bans are also not guarantees that prospective migrant workers will not leave the country, said Encinas-Franco.

“Research would show that people know there is a demand so they do everything to go abroad, even at the cost sometimes of being trafficked or further down-skilling,” she said.

To address safety and security issues of OFWs, the DMW launched the One Repatriation Command Center, which is aimed to be a one-stop center for distressed OFWs.