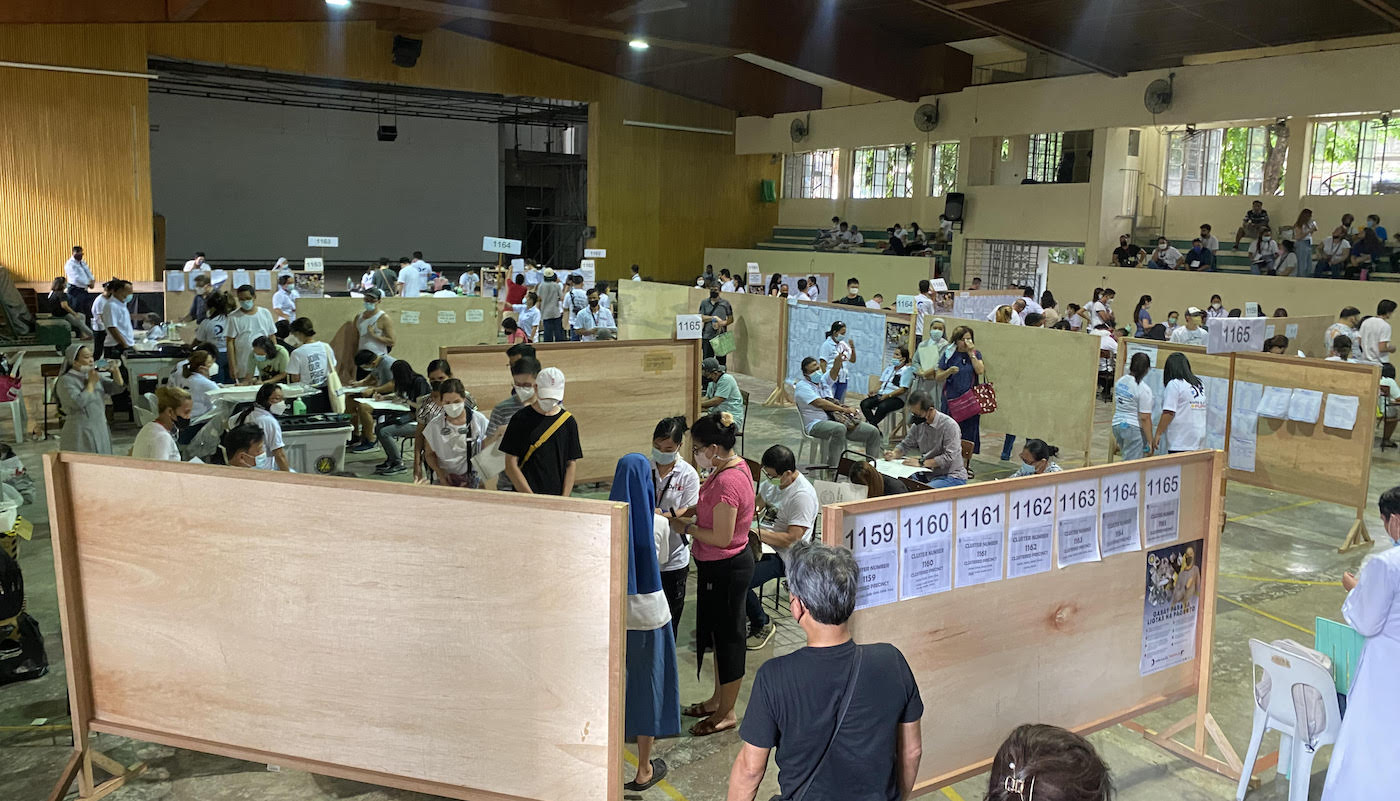 BY PHILIPPINE CENTER FOR INVESTIGATIVE JOURNALISM (PCIJ) May 09, 2022

The Commission on Elections (Comelec) failed to avoid or minimize the same problems they had encountered with vote-counting machines (VCMs) during the 2019 midterm polls.

For the May 2022 elections, which was held today, Monday, about 1,800 VCMs or 1.8% of the total 107,345 units deployed encountered issues during the first four hours of voting, while 168 machines were found defective. This caused long lines in many precincts nationwide, with voters having to wait the entire day.

In a statement, Kontra Daya said the number of reported faulty VCMs translates to about 1.1 million potentially affected voters or about 2% of the voting population. “This is a substantial number especially for electoral races that are tightly contested,” the group said.

Kontra Daya said it has received reports of voters going home after being unable to wait due to long lines or the arrival of replacement machines. This is a clear case of voter disenfranchisement, the group added.

In Barangay Mariana, Quezon City, the voting machine in at least one precinct malfunctioned, prompting voters to vote “manually.” Following Comelec’s contingency measures in such an event, voters can still cast their votes but they won’t be able to feed their ballots into voting machines themselves and verify if the machine recorded their votes properly. A number of voters refused and opted to wait for the VCM to be replaced.

In Angat, Bulacan, a voting machine had to be brought to Malolos and returned to the polling place because it stopped issuing the VVPAT (voter-verified paper audit trail). A unit did not also produce a receipt in a polling place in Ermita, Manila, according to a Namfrel report.

Comelec has yet to release the total number of machines that malfunctioned for the entire voting period. But it has already breached the number of problematic machines recorded from the 2016 elections where 801 out of 92,509 (0.86%) machines were replaced.

Read PCIJ's 2019 report: A billion-peso blunder: 6 in 10 machines to verify voters conked out, not used at all

The issue with the VCMs, SD cards along with other technical glitches encountered in May 2019 had also caused delays which resulted in longer queues, deterring voters from casting their votes.

Taxpayers paid P864 million to refurbish the old 97,345 vote-counting machines and to lease additional 10,000 units as a way to address Covid-19 concerns.

The poll body had initially planned to pay for the refurbishment of the VCMs and other consumables. But after the public bidding failed, Comelec hiked the bid price to P864 million from P600 million, which also included the lease of 10,000 more VCMs.

The additional VCMs are supposed to help the poll body set up more than 100,000 precincts nationwide, with an average of 800 voters per precinct come Election Day. This was 20% less than the average ratio of voters assigned for every precinct in the 2019 elections.

Smartmatic (SMMT-TIM 2016 Inc.) refurbished the VCMs and supplied the additional VCMs. It has consistently won major Automation Elections Systems-related contracts since it won the contract in 2010, when the automated elections was rolled out for the first time. END