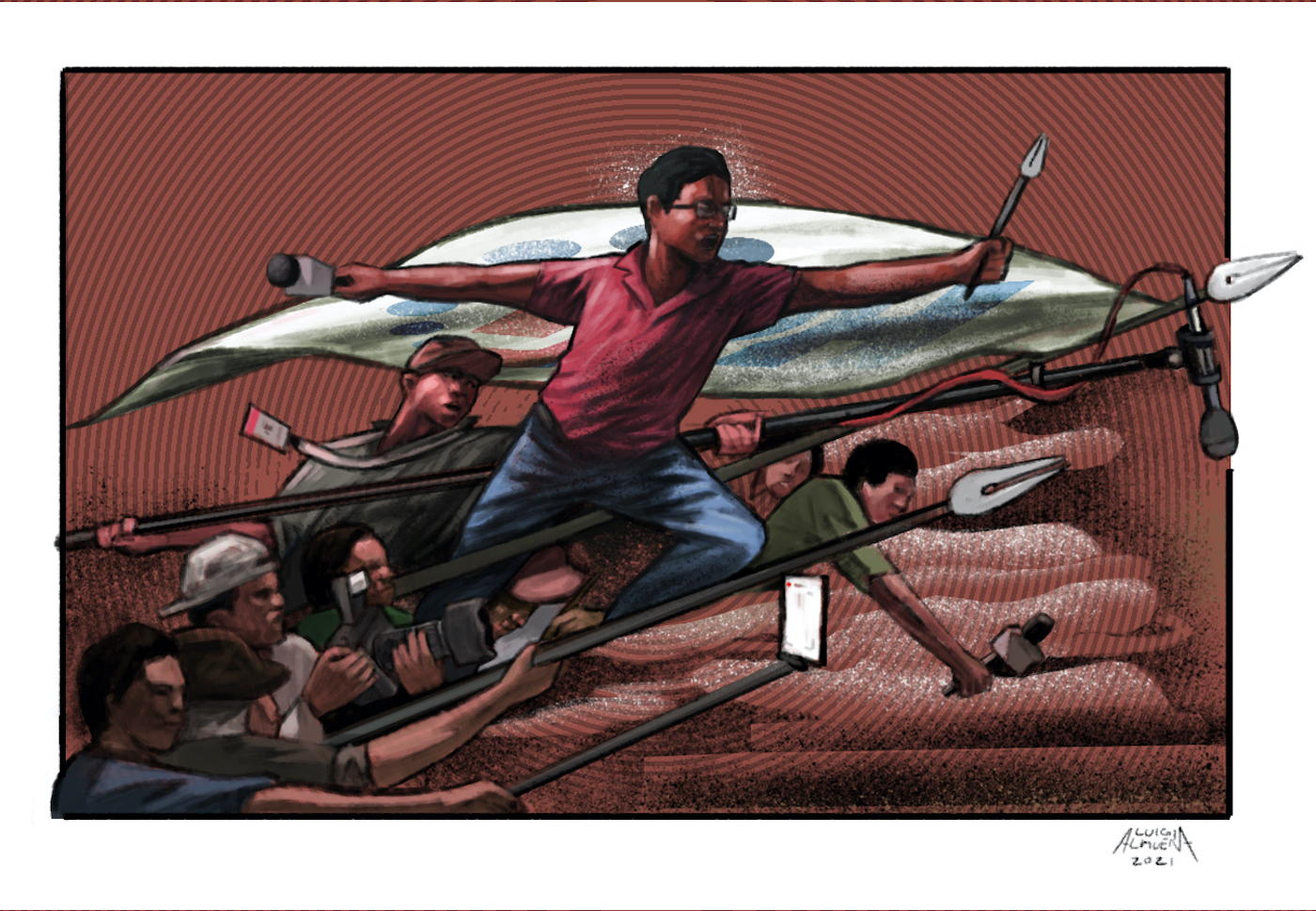 Over 200 members of the Philippine media, civil society, and the academe gathered for a three-day virtual conference that highlighted the value of collaboration among various sectors to produce investigative journalism that will inform voters in next year's elections.

"This Second National Conference on Investigative Journalism is timely. It comes during a critical juncture: In six months, we will be voting for a new president. At stake in the 2022 presidential election is nothing less than the future of our democracy,"said veteran investigative journalist Marites Dañguilan Vitug, PCIJ co-founder and keynote speaker at the conference.

"Democracy is on the ballot," said Vitug, who enumerated attacks on press freedom and curtailment of human rights under President Rodrigo Duterte's administration. These actions are reminiscent of martial law under Dictator Ferdinand Marcos, she said.

The Philippines is one of the world's most dangerous places for journalists, recording 21 killings under the Duterte's administration, based on data from the Center for Media Freedom and Responsibility (CMFR).

Mogato, who won the Pulitzer Prize in 2018 for Reuter's series on Duterte's brutal drug war, said young journalists should keep the long tradition of investigative journalism in the country.

"Investigative journalism has a very important role to play in a democracy like the Philippines. From the time of dictator Ferdinand Marcos up to the present under President Rodrigo Duterte, investigative journalists have uncovered so many instances of injustice, fraud, government and business scandals, and illegal dealings," he said.

Ressa also encouraged journalists to investigate social media platforms such as Facebook, citing how technology is "manipulating humanity at scale."

Disinformation was identified as one of the challenges in the coming elections. Journalists also reported attacks online from Internet users who disagreed with their reports.

"We are being easily demonized," said PCIJ chairman Howie Severino. "Lies and falsehoods spread faster than facts, and our profession is being devalued in the eyes of many. But the worst of times can also be the best of times because this is when we are most needed. This is when we must step up to perform our duty as fact-gatherers and truth-tellers."

Sheila Coronel, PCIJ founding executive director, who is now a professor at the Columbia School of Journalism in New York, likened the coming election to the 1986 snap elections, when vote tabulators manning the quick count discovered cheating in favor of Marcos and walked out of the canvassing, triggering the "People Power" revolution that ousted the dictator.

"As in 1986, we will be making critical decisions as journalists and as citizens about our democratic future. When the history of this era is going to be written, our role as journalists will be examined. History will judge us," Coronel said.

The conference featured seven sets or a total of 21 breakout sessions that included tips in doing investigative journalism, data journalism, mobile journalism, and podcasting; and discussions on challenges in covering the pandemic, courts, women and children, conflict areas, and Mindanao. (Check for the schedule of conference schedule here.)

"We have been too competitive (with each other). When one news organization comes out with a story, other media organizations do not follow up on it and do not look for other truths. (But) we can do different angles while we're working together," De Jesus said.

Over 400 journalists, which formed the Wag Kukurap media coalition, earlier signed a pledge to empower voters in the coming elections by providing accurate, reliable and essential information that will encourage public discussion and debate.

The conference closed with a panel discussion that assessed the coverage of newsrooms of the filing of candidacies in October 2021, evaluating how signatories to the pledge have followed their commitments. — with reports from Cherry Salazar and Kenneth Roland Guda