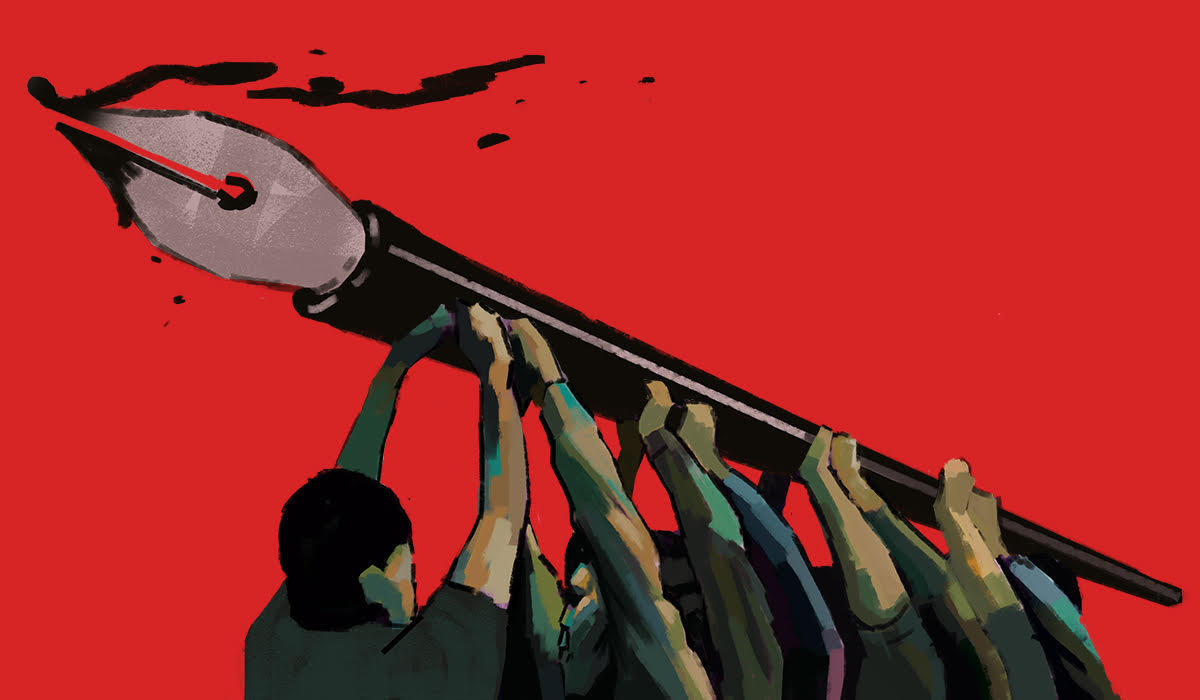 A Call to the Philippine Army: Respect for Press Freedom in Word and Deed

The Freedom for Media Freedom for All (FMFA) a coalition of press freedom advocates, condemns the Philippine Army’s Distributed Denial of Service (DDOS) cyberattacks on the websites of two alternative media organizations, Bulatlat and AlterMidya, as assaults on press freedom and free expression.

We call on the press and the media community as well as free expression groups to join their voices in the collective resistance of these violations of Constitutionally-protected rights.

Philippine Army spokespersons have denied responsibility for the attacks. But the government’s own Department of Information and Communication Technology (DICT), through its Computer Emergency Response Team has traced these actions to the Internet Protocol (IP) address assigned to the PA.

DDOS attacks overwhelm websites with fake traffic and makes them inaccessible. It is no more than a form of censorship repugnant to any society that claims to be a democracy.

Information has always been crucial to the exercise of a people’s sovereign will that is the core of a democracy. A free press must provide a diversity of views so that society can engage in the decision-making process, debate and argumentation that is crucial to good governance.

It is specially vital today when, besieged by a pandemic and in preparation of national elections in 2022, Filipinos must be able to decide who will lead them for the next six years after the end of this administration. The Filipino people are called to make one of the most important decisions in the country’s political history.

The Philippine Army is sworn to defend the country and protect the people. Its service does not operate in the political sphere. In contrast, the press in providing news is necessarily engaged in political affairs. The Army’s interference in the conduct of news organizations over reaches the military mandate. Even as it claims to respect press freedom, these recent actions have directly attacked the press, an institution protected by nothing less than the Constitution.

Since the military by its function is not a repository of democratic values, we call on our soldiers to cease forthwith this insidious campaign to silence media and its members; to limit citizen access to views and perspectives that may differ from those held by the government in power.

The Philippine Army should demonstrate the respect for press freedom in deeds as well as in words.

National Union of Journalists of the Philippines (NUJP)