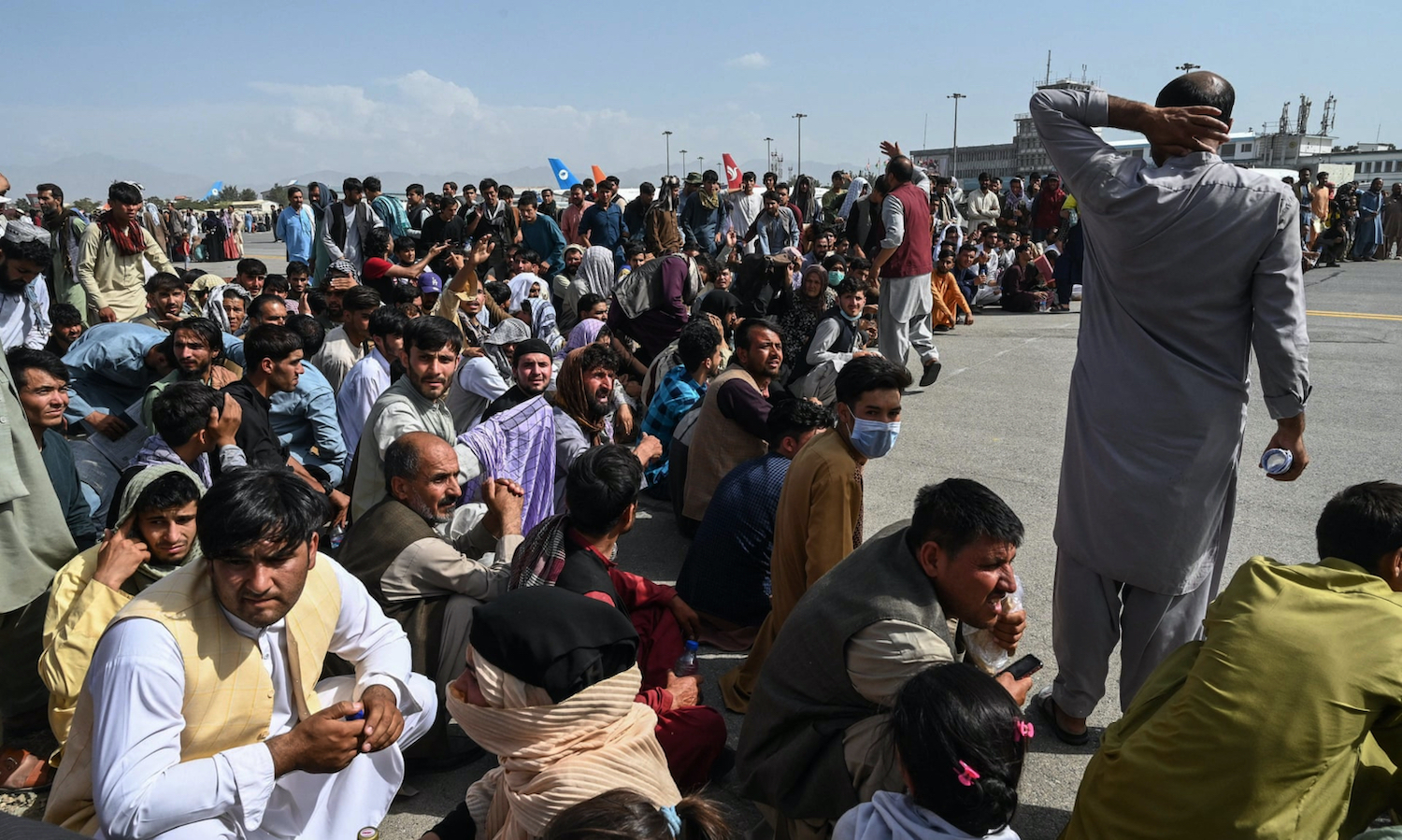 Memories of Marawi Siege: ‘We can relate to Afghans running away from their homes'

I had an Afghan classmate at the Philippine highschool I attended in Jeddah. We even got "married" in an Arab-style wedding for a cultural festival in school.

My "groom" was a silent soul, far distant from the macho images we see now of the Taliban insurgents who have taken over the country. I will always cherish the rich heritage that Afghans showed me way back.

It’s hard to see and read about the situation in Afghanistan these days. But I recognize the similarities that we Muslims in southern Philippines share with the Afghan people.

We live in conflict areas. Seeing the chaos there touched a cord.

We can certainly relate to the Afghans fleeing their homes with only the clothes on their backs. Our experience as Maranaos in a conflict area besieged by terror in 2017 during the infamous Marawi siege struck parallels.

We were also in panic. We ran away in droves, leaving our homes to escape for safety.

There were not many vehicles to transport Marawi residents to safety on the night of May 23, 2017. I can’t forget the image of an elderly man in malong on the highway, lugging along his few possessions, while he pleaded to insert himself in a vehicle already packed like sardines.

We thought we would return after several days of fighting, but the battles in Marawi lasted five months. Many were killed and many homes were destroyed.

And so my heart breaks when I see images of Afghans desperately fleeing their country. As a Bangsamoro civic leader, I urge everyone to look at the plight of Afghans fleeing their homes. Displaced persons are usually the most vulnerable. They need help the most. 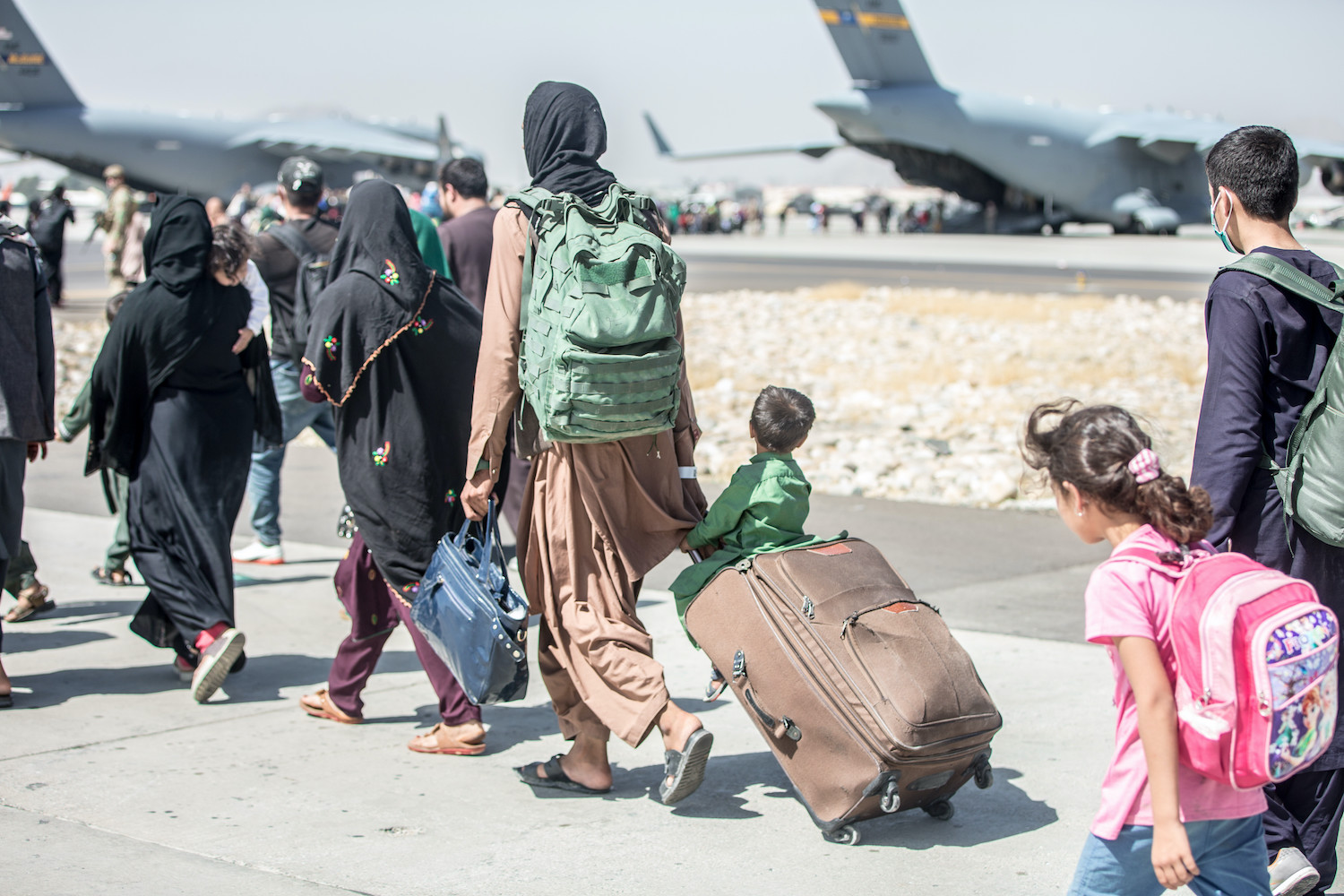 Afghan civilians walk toward an aircraft at Hamid Karzai International Airport in Kabul, Afghanistan on Aug. 24, 2021. This photo by US Marine Corps Sgt. Samuel Ruiz was released by the US Department of Defense.

In the past year, I found purpose in talking about displacement in several national and international platforms including in one United Nations intersessional forum.

I have one reflection to share: One of the most useful things when one has to flee is the malong.

A Cebuana NGO leader once shared how, during her days in Lanao, they were trained to always have a malong hanging nearby so they could grab it easily when they needed to run.

A malong has multiple uses. It can be a towel, blanket, and cover among many others. It’s also easy to wash and dry.

When donors ask me what to support in Marawi, I tell them to support the weaving industry. It not only preserves the tapestry patterns for the next generation, it produces survival gear.

We saw scenes of chaos and fear as hundreds of Afghans desperate get out of the country waited for flights at the airport. I saw familiar images of desperate people dragging luggages across runways in the dark.

Several Filipinos in Afghanistan were able to leave with the help of their foreign employers — including seven Filipinos confirmed to have evacuated to Qatar and another five to the United Kingdom — but many others are still looking for ways to get out.

Many Afghans fear the Taliban will return to its harsh practices in the past.

I urge the public to keep their eyes on Afghanistan in the coming months. The international community can assist the country in the same way it has assisted the Bangsamoro people in overcoming the uncertainty of living in a conflict area.

My sympathy will always be with the civilians who care less about who is in power. We can’t abandon them in such a vulnerable situation in Afghanistan. I am particularly  worried for the girls, women, and minorities. May we stand in solidarity with them.

Samira Gutoc chairs Ako Bakwit, a non-government organization that promotes the rights and welfare of internally displaced persons in the Philippines. The group receives donations. Check this Facebook page for details.