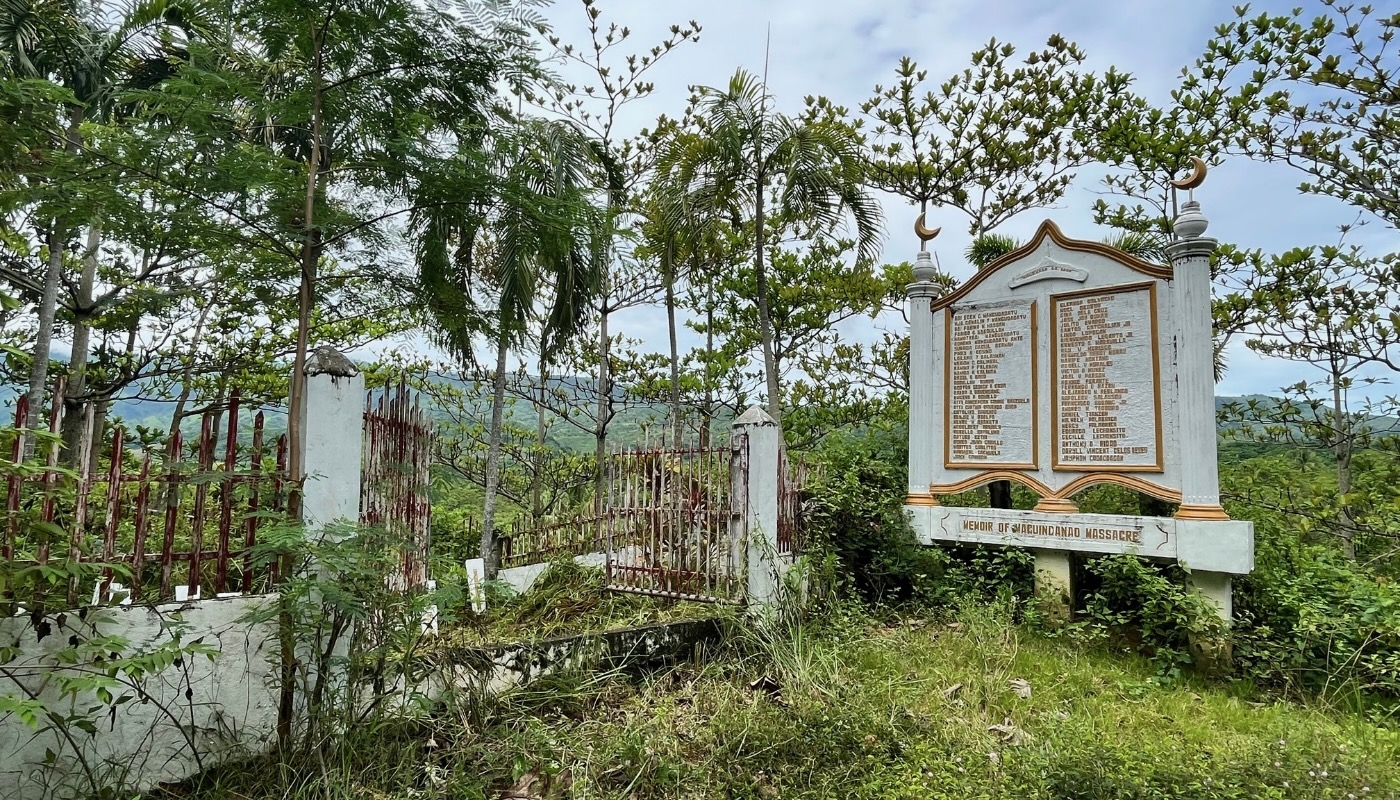 GENERAL SANTOS CITY — Twelve-year-old Ronnie grew up not knowing his father and namesake Ronnie Perante. His mother was only six months pregnant with him when his father, along with 31 other media workers covering the filing of the certificate of candidacy of then-gubernatorial aspirant Esmael “Toto” Mangudadatu, was killed in a massacre in Ampatuan town, Maguindanao on Nov. 23, 2009.

It was the world’s single deadliest attack against the press.

Merly Perante, widow of the Gold Star Daily reporter, tried to fill the parental void for her youngest son.

“Iba talaga ang comfort at pagmamahal ng isang ama, pero hindi ko pinaparamdam sa kanya ‘yun (The comfort and love of a father is different, but I try not to make him feel his father’s absence),” Perante told the Philippine Center for Investigative Journalism (PCIJ) in an interview.

She kept clippings of her husband’s news articles, which she would show their bunso. “Every time na may activities, dala-dala ko rin siya para at least malaman niya kung ano’ng nangyari. Kinukuwento ko talaga sa kanya, ‘Papa mo ganyan’ (I also bring him with me every time we have activities, so he is aware of what happened to his father),” she said.

When news broke in October 2022 about the brazen killing of radio commentator Percival Mabasa, better known as Percy Lapid, Perante could not help but compare the attention and progress of the case with that of the 2009 Ampatuan massacre.

“Dapat kung mabilis siya, mabilis din kami. Kami dapat ‘yung mauna kasi kami ‘yung naunang kaso (If developments in the [Lapid] case were quick, ours should be the same. Ours should be resolved first because it came ahead),” she said. 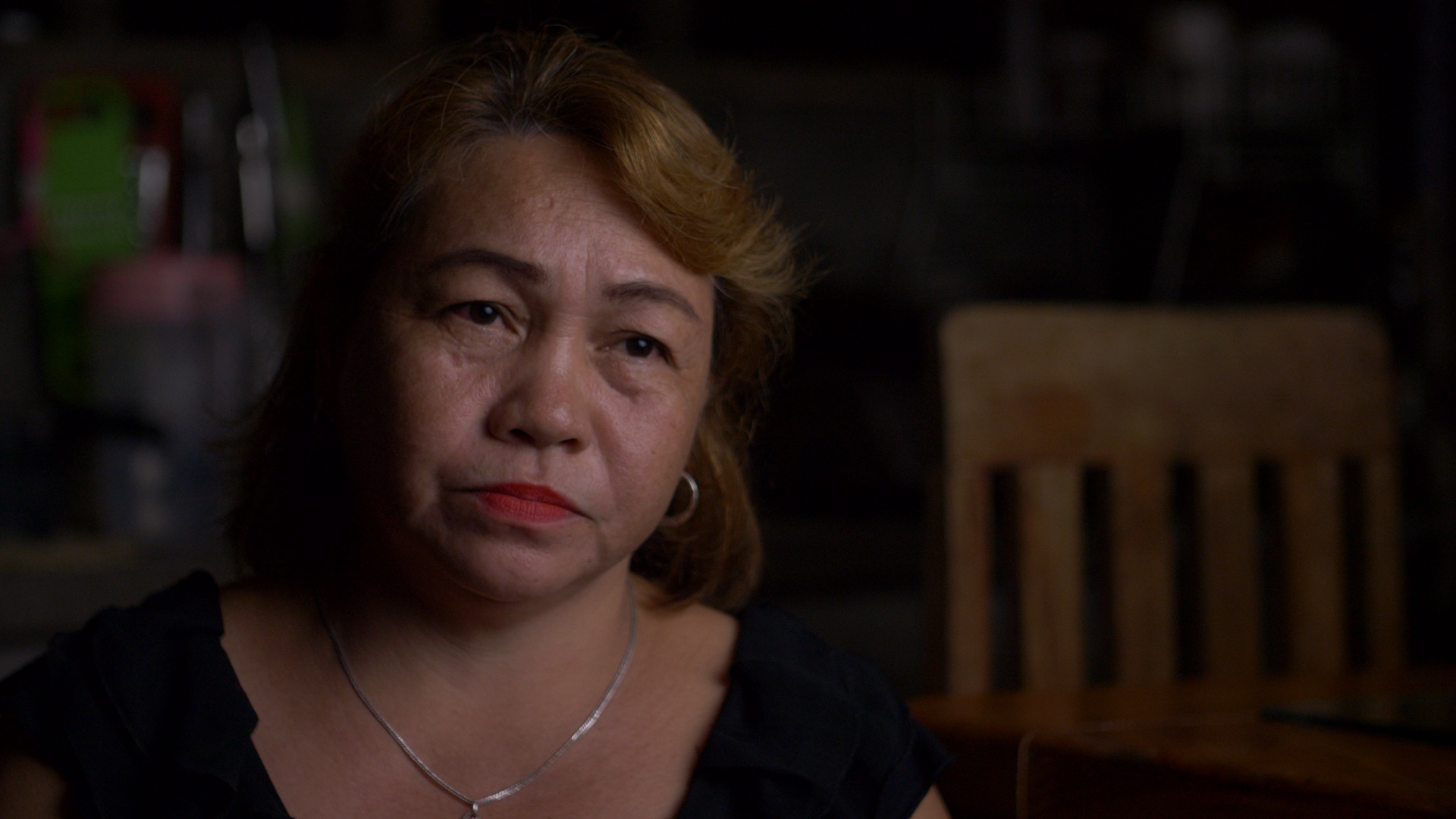 Twenty-six others were convicted of 57 counts of murder and sentenced to 40-year prison terms, less 10 years for time served. Another 15 people were found guilty as accessories to the murders and sentenced to six to 10 years of imprisonment.

The verdict was a welcome development, but families called it “partial justice.” Fifty-five of the accused were acquitted, while some eighty suspects remained at large.

There are still appeals before the courts, which could overturn the resolution of the case. 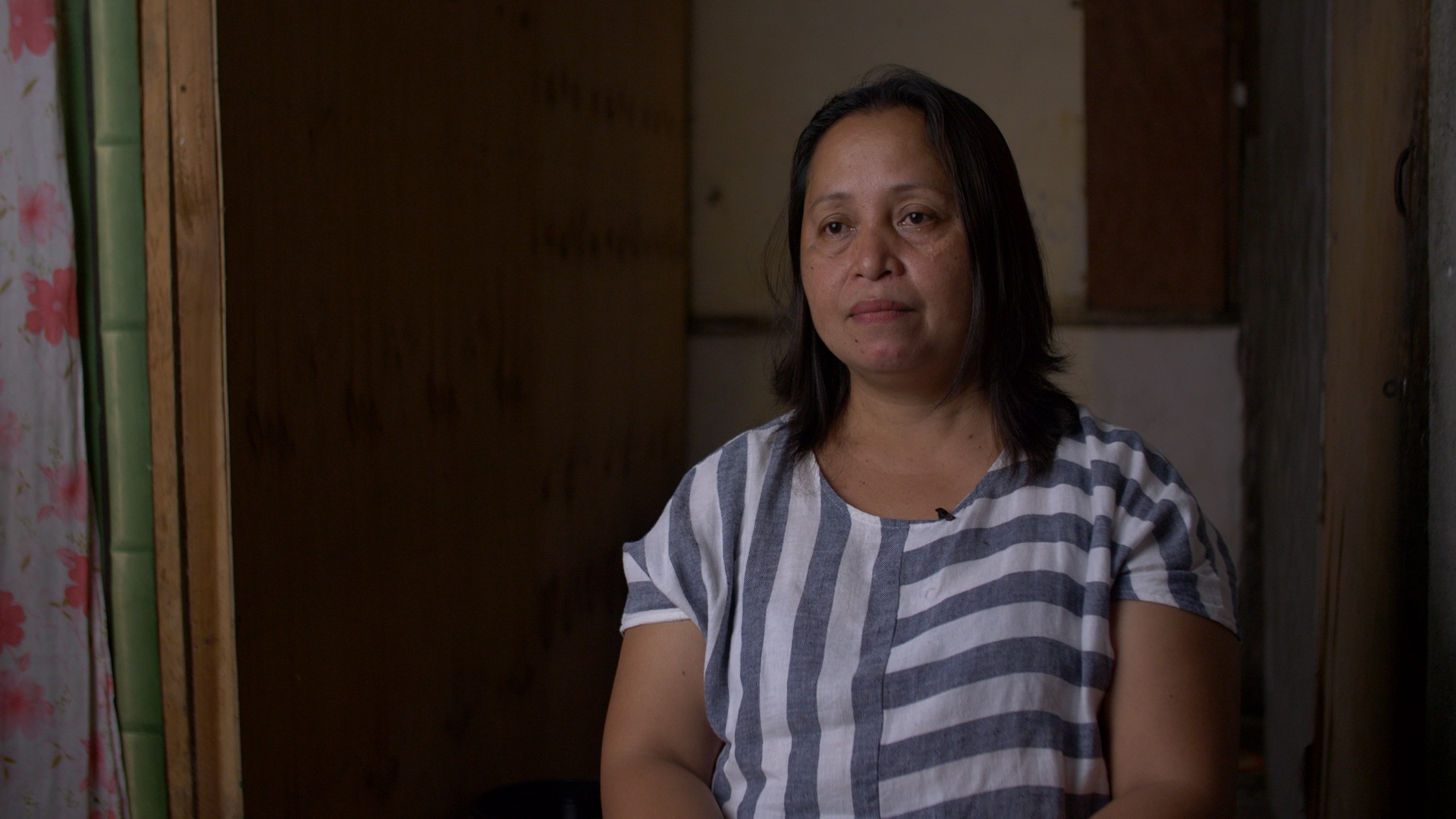 Mary Grace Morales lost both her husband and her sister in the Ampatuan massacre.

To her, one could not compare Lapid’s murder and the Ampatuan massacre due to the number of people involved. Justice was not yet served in either case, said Morales.

If there were at least one or two legislators who advocated for the welfare and protection of media workers in the past 13 years ago,, no more journalists would have been killed, she argued.

“Nararamdaman namin ‘yung sakit kasi naging biktima rin kami at ayaw naming maulit pa [ang nangyari] (We feel the pain because we were also victims, and we don’t want our experiences to happen to others),” she said.

“Parang nasanay na ‘yung mga tao na may journalist na pinatay kasi wala namang batas na pumo-proteksyon sa kanila. (It’s as if the public has been used to journalists being killed because there is no legislation protecting them.)”

Aside from legislation, Perante also called on the judiciary to speed up cases.

The culture of impunity contributes to the persistence of media attacks and killings, said Jonathan de Santos, chair of the National Union of Journalists of the Philippines.

But getting a conviction is a challenge, more so filing a case, according to Nena Santos, one of the private prosecutors of the families of Ampatuan massacre victims.

Santos also lawyered for the family of Marlene Esperat, an investigative journalist and whistleblower who exposed the multi-million fertilizer fund scam in 2004.

Government officials, members of the military or police, or rich businessmen often masterminded media attacks, said Santos. “‘Yung crime scene ba na-preserve? Mayroon bang mag-come up with affidavits against them? ‘Yung family ba willing to file a case (Was the crime scene preserved? Will there be affidavits filed against them? Will the family [of the victim] be willing to file a case)?”

Access to justice was one thing, she said, in the sense that anyone could always file a case. But the bigger question was process. “Will we attain what we want to achieve? Because filing a case is easy, but getting a conviction is not,” she said.

The Ampatuan massacre was a landmark case where masterminds were identified, put on trial, and convicted. But de Santos said the ongoing appeals should still be closely monitored.

“May tendency kasi tayo na… pag may naaresto na, pag may natukoy nang suspect or mastermind, nagwe-wane na ‘yung attention, ‘di lang ng public kundi ng media community (There is a tendency, when arrests have already been made or suspects have been identified, for the attention of the public and the media community to wane),” de Santos said.

But the Ampatuan massacre should not be considered “case closed,” he said. “Pwede pang mabago ‘yung desisyon, pwede pang makalaya [ang perpetrators] (The decision can still change; [the perpetrators] may be acquitted and released).”

Jergin dela Cruz was smiling ear to ear when their power connection was reactivated after six months in the dark. They could not pay the bills.

She had just turned 16 when her mother Gina dela Cruz of Saksi News was killed in the Ampatuan massacre. Since then, she has carried the burden of taking care of the family, which included looking after her own child as a teenage mom and her six-month-old sister.

Along with other relatives of massacre victims, dela Cruz demanded that suspects still at large be finally arrested and put on trial, perpetrators be convicted with finality, and civil damages be increased and awarded.

“‘Yung mga suspect, mayayaman, naka-aircon. Kami, walang kuryente, walang makain (The suspects are rich; their homes are air-conditioned. We don’t even have electricity or food to eat),” dela Cruz said. 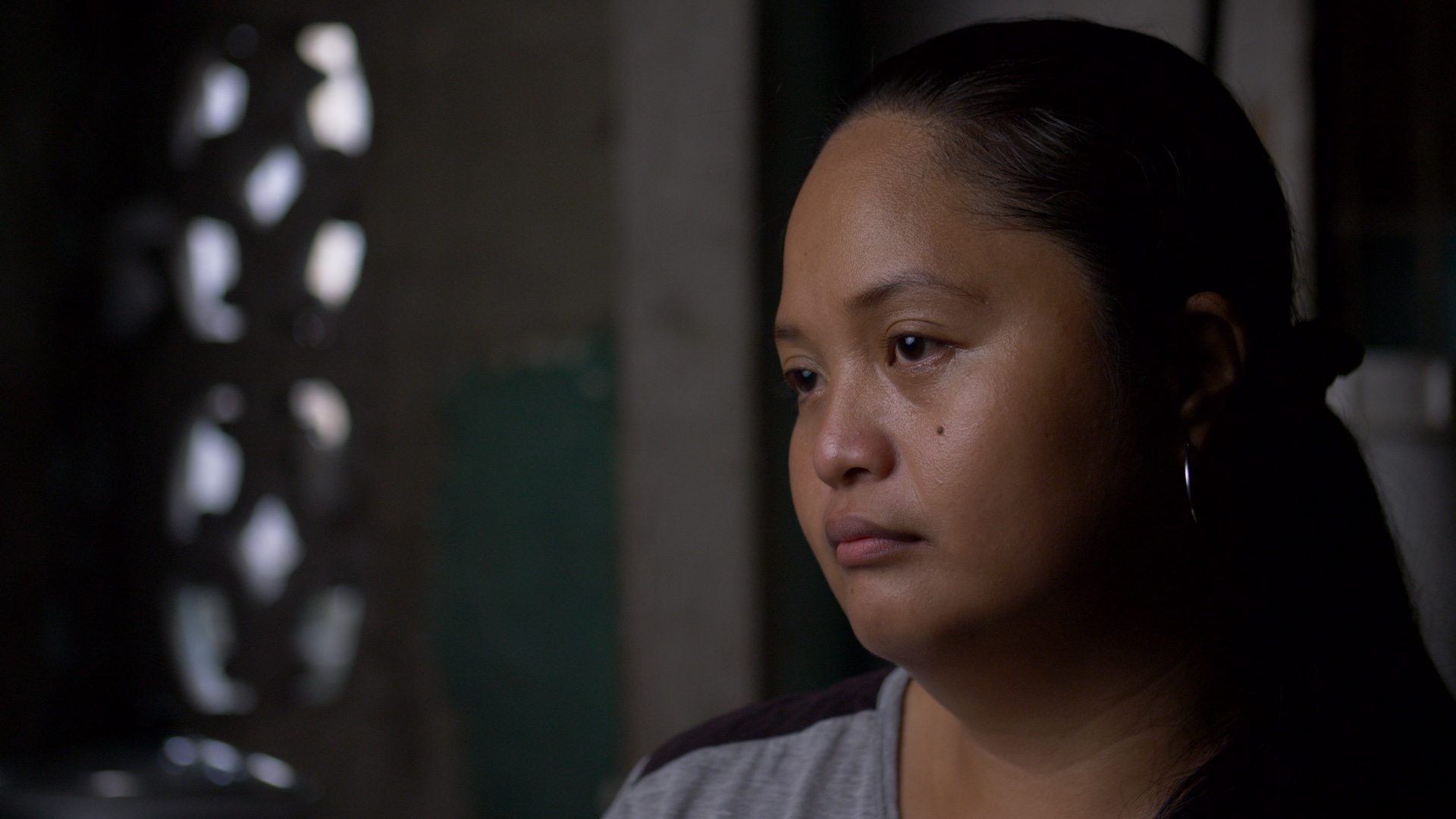 Only 16 when her mother was killed, Jergin dela Cruz has carried the burden of taking care of the family.

She pointed out the irony when, in 2018, one of the masterminds, Zaldy Ampatuan, received permission from the court to attend his daughter’s wedding.

“Kami nga, mga birthday, New Year, Pasko, celebration sa buhay namin, may pamilya ba kami na [makakasama]? Wala (During our birthday, the New Year, Christmas, any celebration in our lives, did we have our family with us? No),” dela Cruz told PCIJ, as she held back her tears.

Families also demanded for the recognition that there were 58 victims and that the trial should include the murder of freelance journalist Reynaldo Momay, whose dentures were found at the massacre site and who was confirmed to have joined the coverage. 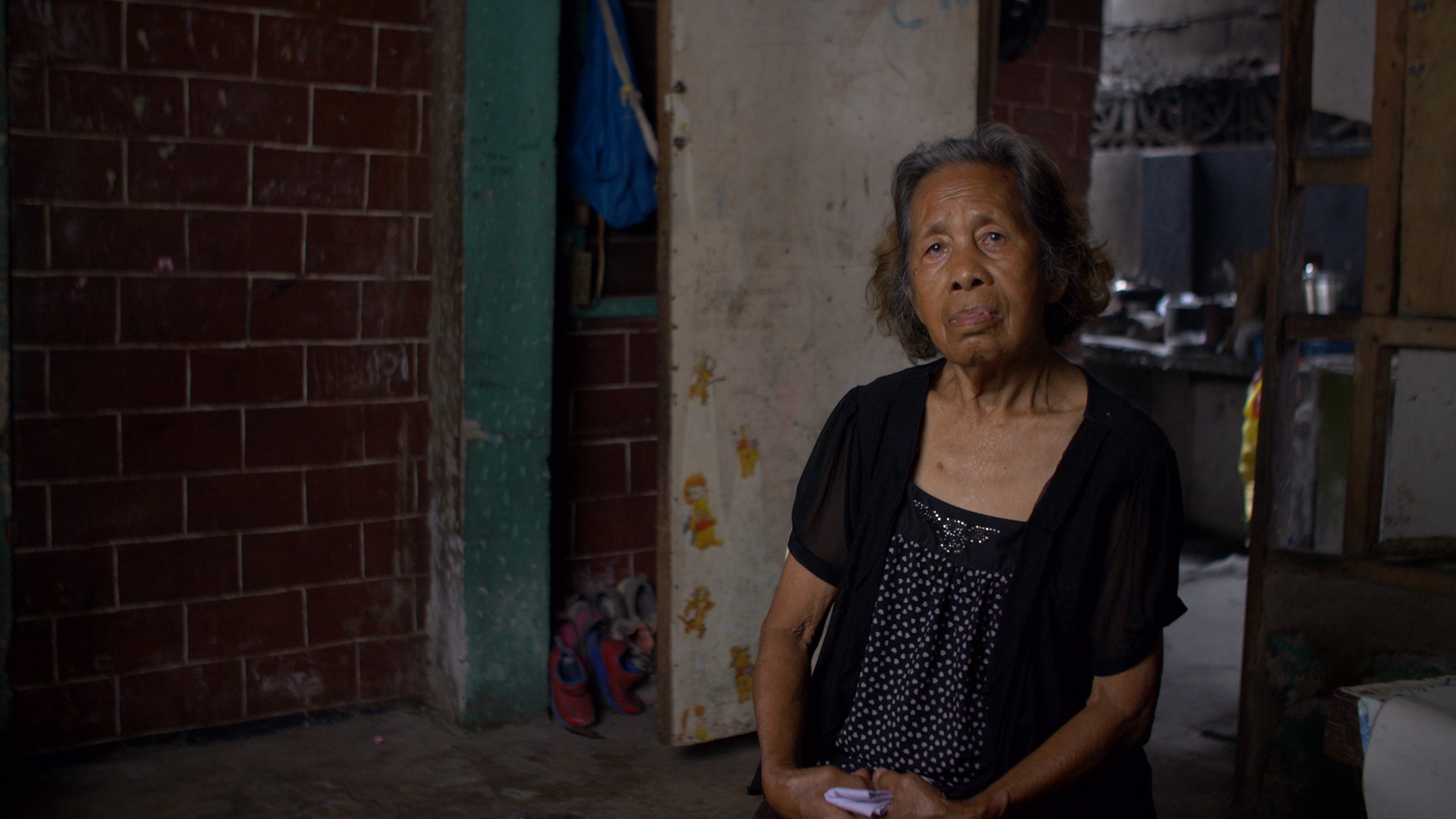 Maura Montaño has been looking after her two orphaned grandchildren since her daughter Marife Montaño was killed in the Ampatuan massacre.

Maura Montaño, 83, told PCIJ how a final conviction would help them in their situation. Her concerns were more urgent: She was looking after the two orphaned children of Marife Montaño, her daughter and Saksi News reporter. One of them needs medical assistance after a motorcycle accident before the pandemic gave him frequent migraines and memory loss, while the other needed tuition so she could finish her degree and find a job.

Montaño said she was only relying on a monthly pension of P3,000 and was drowning in debt. “Kung buhi pa among anak, dili ko mag-antos sa kalisod karon (If my daughter were still alive, I wouldn’t have been suffering like this),” she said.

She called for swift justice, worried that she might no longer be alive to see it happen if the delays continued. “Who would take care of Marife’s children then?” she asked in the vernacular.

Santos said it was “a good sign” when President Ferdinand “Bongbong” Marcos Jr. said investigations on the Lapid case should continue despite authorities claiming to have “practically” solved the crime.

“Every President should always say na tututukan, pero… (that he would focus on the case, but…) to what extent?” she told PCIJ.

Meanwhile, families called on Marcos to help fast-track the Ampatuan massacre case, saying it would also be his achievement if the decades-long case would be resolved under his administration.

After all, the families said, the justice they seek would be not only for themselves but also for all other victims of media attacks and extrajudicial killings. END

The curious case of ARMM and Maguindanao population spikes