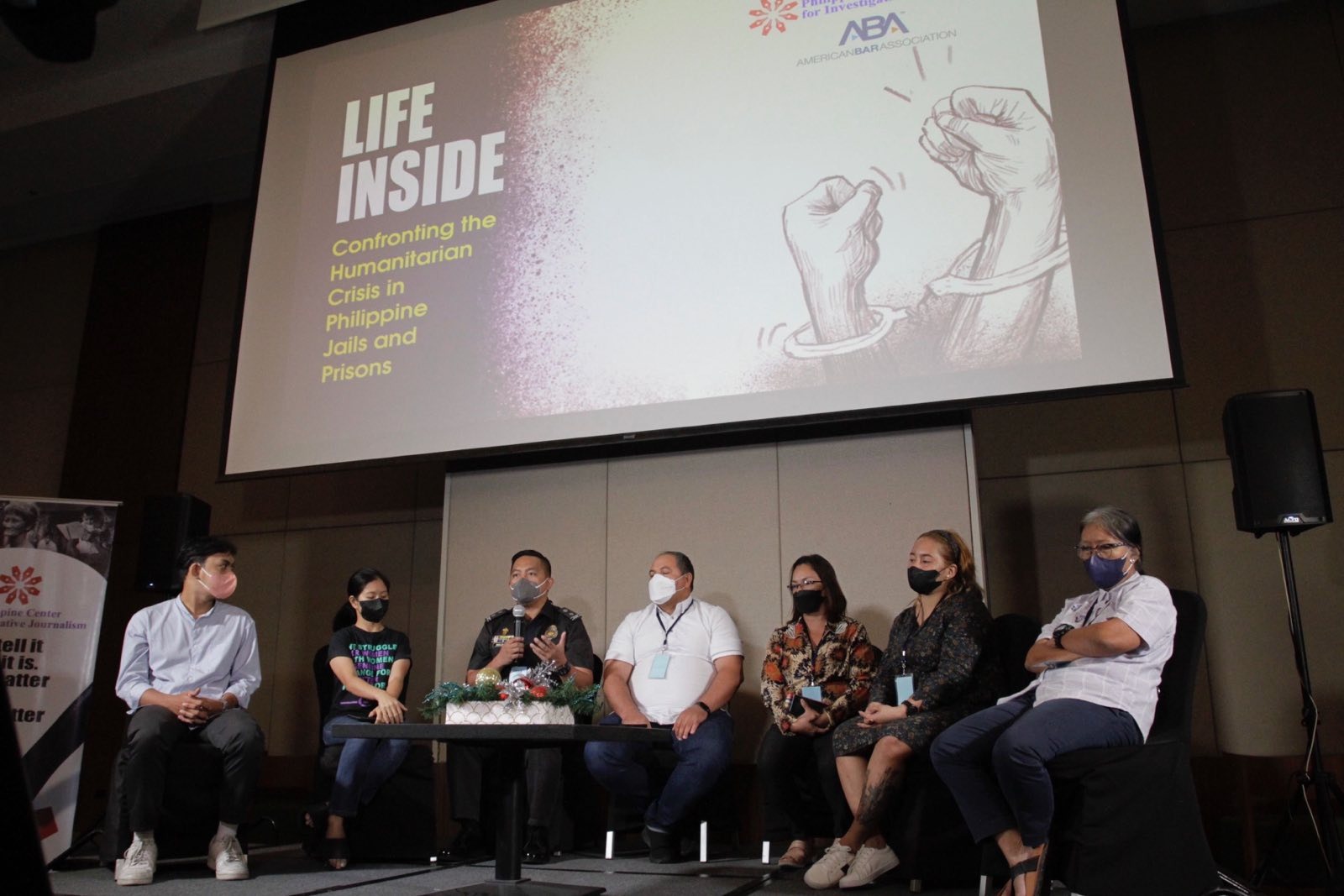 The heavily-reported investigation of the murder of broadcaster Percy Lapid revealed how inmates at the New Bilibid Prison (NBP) became instrumental in his killing. For stakeholders, this shows that reforms in prison systems should be “holistic” to be sustainable, as they shared in a forum organized by the Philippine Center for Investigative Journalism (PCIJ) on November 15, 2022.

The PCIJ convened over 60 participants from the academe, civil society, government, and the media for the culminating activity of its Prison Reporting Project titled: “Life Inside: Confronting the Humanitarian Crisis in Philippine Jails and Prisons.”

The forum marked the end of a two-year journalistic audit of the rights and welfare conditions of persons deprived of liberty (PDL), including interventions by state agencies, as well as weaknesses in PDLs’ access to justice.

At the forum, Peter McKenzie, country director of the American Bar Association Rule of Law Initiative (ABA-ROLI), said, “As we've seen in the recent revelations regarding the slaying of journalist Percy Lapid, the Philippines' overcrowded prisons have become the perfect breeding ground for corruption, lawlessness, and organized crime.”

Police investigation revealed former Bureau of Corrections (BuCor) chief Gerald Bantag as the mastermind behind Lapid’s murder. He had reportedly sought the services of certain inmates at NBP to do the job. Self-confessed gunman Joel Escorial had earlier said he had five other accomplices from the facility.

Prof. Raymund Narag, an expert on Philippine jails and prisons and associate professor at the School of Justice and Public Safety in Southern Illinois University, said the Lapid case underscores the need for a holistic look at the situation of the Philippines’ penal system.

“Our request is for the media to present the Lapid case as a ‘holistic’ case… We advocate for structural changes in the prison system… but we also expose the cultural problems inside prisons,” Narag said at the forum.

Narag said the penal system should be seen through three lenses: structural, organizational, and cultural. The structural concerns of the Bureau of Jail Management and Penology (BJMP) cause the congestion in jails, as the inadequate facilities and lack of personnel push wardens and PDLs alike to resort to “organizational coping.”

This is when informal rules and measures come into play, as wardens start to rely on groups that form inside prisons. Facilities then develop a certain “culture” that wardens come to support.

“Nagkakaroon ng shared governance between wardens and persons deprived of liberty (PDLs). Of course, there are advantages and disadvantages to this,” he said.

On one hand, prisoners may have opportunities for self-improvement due to this setup. But there are also cases when it leads to human rights violations as the rules and regulations “blur.”

“Pag umaasa ka sa service ng inmates… there’s room for corruption,” Narag said. “That’s how the problem became intractable inside Bilibid.”  NBP, also called BIlibid, is the country’s largest detention facility. It houses 29,000 inmates despite a capacity for only 6,000. This has led inmates to form into groups to have access to certain benefits that such a setup affords.

Junior Supt. Xavier A. Solda, BJMP chief of staff, admitted the agency lacks facilities and personnel but he said it has made improvements. “370% congested ang facilities ngayon, compared to 612% in 2017. Our agency is really lacking in so many things, but I believe our colleagues are putting all efforts para mapunan lahat yun,” he said.

Civil society organizations, relatives of PDLs, and former PDLs all agree that one of the key steps in addressing the persistent congestion in jails is by improving the justice system. “There is slow disposition of cases… ito yung silent killer na walang nagbibigay ng pansin. There are vacancies in courts. Sa 10 hearings scheduled, two or three lang ang nasusunod,” Narag said.

Cham Perez, executive director of the Center for Women’s Resources echoed this finding, as she shared how a female PDL had to wait for six years for her trial, only to be sentenced for more than a year. “There is an urgent need for women deprived of liberties (WDLs) to have access to speedy justice,” Perez added.

She also added that the United Nations Rules for the Treatment of Women Prisoners and Non-custodial Measures for Women Offenders or 'the Bangkok Rules’ are hardly adopted in Philippine prisons. Women-specific hygienic and medical needs are not met as the budget of prisons is limited, for example.

Wendell Manaloto of the Humanitarian Legal Assistance Foundation also called for better programs for the reintegration of PDLs. “Ang reintegration nag start pagpasok pa lang nila sa jail. There should be programs that will help in their rehabilitation and reform,” he said. END