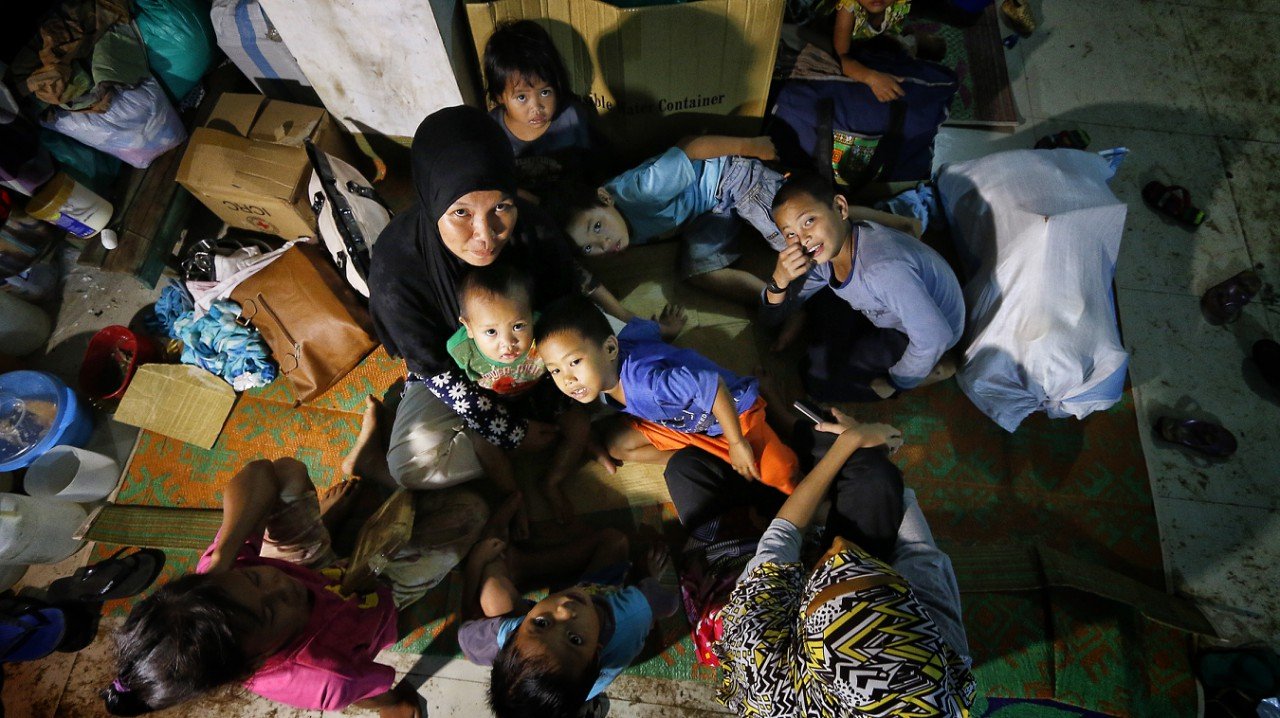 China State's Marawi consortium out;
PowerChina's consortium next in line

DAVAO CITY (MindaNews / 25 June) — It’s back to zero for Marawi’s Ground Zero. There will be no groundbreaking rites on the first week of July as earlier announced by Housing Secretary and Task Force Bangon Marawi (TFBM) chair Eduardo del Rosario because negotiations with the Chinese-led Bagong Marawi Consortium (BMC) on the development plan for Ground Zero — the “Most Affected Area” (MAA) — failed, and a new proponent, a Chinese government-owned firm engaged in hydropower, is still undergoing an “eligibility check”.

There will be no groundbreaking rites on the first week of July as earlier announced by Housing Secretary and Task Force Bangon Marawi (TFBM) chair Eduardo del Rosario because negotiations with the Chinese-led Bagong Marawi Consortium (BMC) on the development plan for Ground Zero — the “Most Affected Area” (MAA) — failed, and a new proponent, a Chinese government-owned firm engaged in hydropower, is still undergoing an “eligibility check”.

The seven-member Selection Committee, which serves as TFBM’s bids and awards committee did not issue an “original proponent status” to BMC, a requirement before the project undergoes Swiss Challenge, because it found it to be “ineligible to undertake the project,” Marcelino Escalada Jr. general manager of the National Housing Authority and co-chair of the Selection Committee told MindaNews.

Del Rosario had announced in December last year that instead of public bidding, government is subjecting the Ground Zero plan to a Swiss Challenge, an alternative method for awarding contracts “where any developer can challenge that development project with corresponding amount.”

Earlier announced to be composed of five Chinese and four Filipino firms, the BMC was found to be “ineligible,” Escalada told MindaNews Monday night. “Legal and financial,” he said of the causes of its ineligibility.

The Power Construction Corporation of China or POWERCHINA, described by Escalada as “the second proponent”, is still undergoing an “eligibility check”.

Escalada said POWERCHINA has”until next week to submit all requirements for eligibilities – legal, technical and financial – before any negotiation will start.”

According to its website, POWERCHINA, a “wholly State-owned company” set up in September 2011, is an “integrated construction group that provides investment and financing, planning design, engineering construction, equipment manufacturing and operation management for hydraulic and hydropower projects and infrastructure, and its principal businesses include energy and power and construction engineering (including survey, planning, design and project contracting),water ecological environmental governance and development and operation of other resources, real estate development and operation, and the manufacture and lease of related equipment.”

POWERCHINA, it said, “ranks first in the global industry of electric power construction in terms of the planning, design and construction capability and performance.”

A delayed start in the reconstruction work in Marawi’s Ground Zero means the estimated 27,000 families displaced from the 24 barangays within the 250-hectare former battlefield of government forces and the Islamic State-inspired Maute Group and its allies, will have to wait some more before they could return and rebuild their homes and shops.

Del Rosario told a press briefing in Malacanang in April that their timeline for the debris clearing and site development, which includes the road network and the underground utilities for water, electricity and telecommunications, is “about 18 months” from the supposed groundbreaking in June.

Residents can then go back to Ground Zero to rebuild their homes “most likely first quarter of 2020.”
Escalada, the official in charge and main signatory to the joint venture agreement that will be approved and signed with the winning developer informed the BMC about their ineligibility in a letter on Monday, June 18.

Three days earlier, on June 15, del Rosario, told MindaNews “the MAA Development Plan is basically approved already with an indicative cost of P15.4 billion. However, negotiation is not yet final pending submission by the developer of some requirements.”

After June 15, del Rosario, who usually answers MindaNews’ queries, stopped responding, despite repeated follow-up on the negotiations and BMC’s submission of “some requirements.” 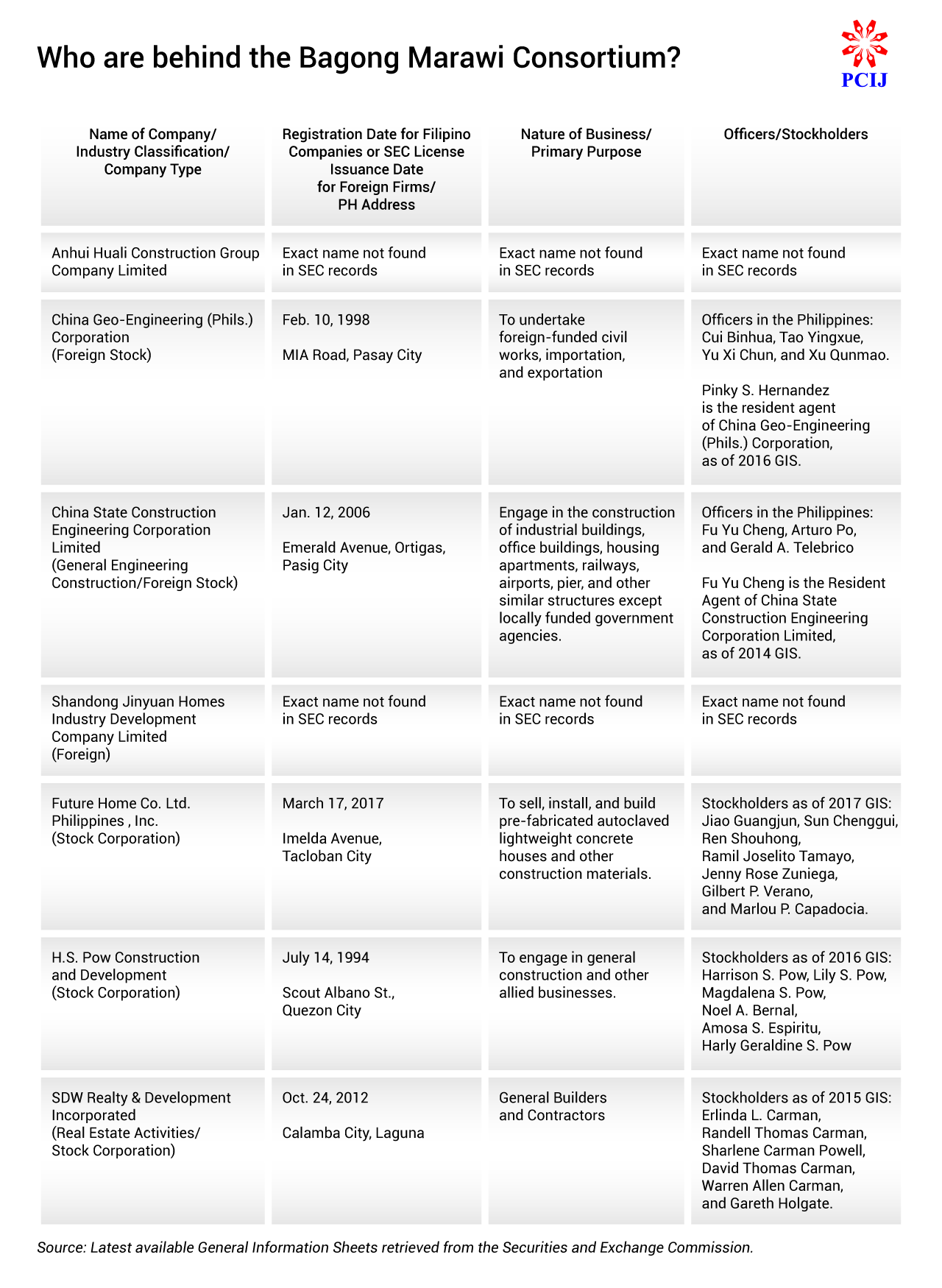 BMC was supposed to comply with the requirements by May 25 at the latest but as of June 15, they were still waiting for it to submit “some requirements.”

The Philippine Center for Investigative Journalism (PCIJ) in its May 22 report titled “Project Bangon Marawi Year 1: A patchwork of sketchy plans, loose rules, uncertain funding,” quoted Falconi Millar, secretary-general of the Housing and Urban Development Coordinating Council and chair of the Selection Committee, as saying that BMC had been given an ultimate deadline of May 25 to submit all its documents — from consortium agreement to financial and technical proposals, and detailed costing of the project’s scope of work.

He warned that if BMC failed to submit the requirements, “Kung bagsak, there will be failed negotiations, we are back to square one.”

That there were problems pertaining to the Ground Zero plan were evident in del Rosario’s responses to and later silence on MindaNews’ queries.

The groundbreaking in Ground Zero, based on his announcements, was initially targeted for June 7, later moved to June 16, June 21, last week of June, and much later, on the first week of July.

The target dates were changed repeatedly while negotiations were ongoing.

MindaNews checked on the progress of the Ground Zero plan almost daily, through text messages to del Rosario.

Evening of June 5, del Rosario said the Selection Committee and BMC will present the plan to him on June 6 “for finalization” and the Swiss Challenge will start on June 8 or 9, depending on the outcome of the presentation on June 6. He said the total cost of the project “will not be beyond PhP 20 billion.”

Evening of June 6, del Rosario said negotiations were still ongoing but they had already completed around 90%. He said negotiations would continue until June 9, and that they hope to start the Swiss Challenge June 11 or 12, and groundbreaking would be “1st week of July na.”

Asked what were the remaining 10% still under negotiation, he replied: “four minor items out of 22 projects/programs.” The task force did not announce what these 22 “projects/programs” are.

Asked on June 2 why the negotiations were taking so long, Del Rosario replied it was due to “quality and price issues.”

On June 12, Del Rosario said “MAA final nego will be tomorrow.” He did not respond to MindaNews’ follow-up on June 13 and 14 but on June 15 said “MAA Development Plan is basically approved already with an indicative cost of P15.4 billion. However, negotiation is not yet final pending submission by the developer of some requirements.”