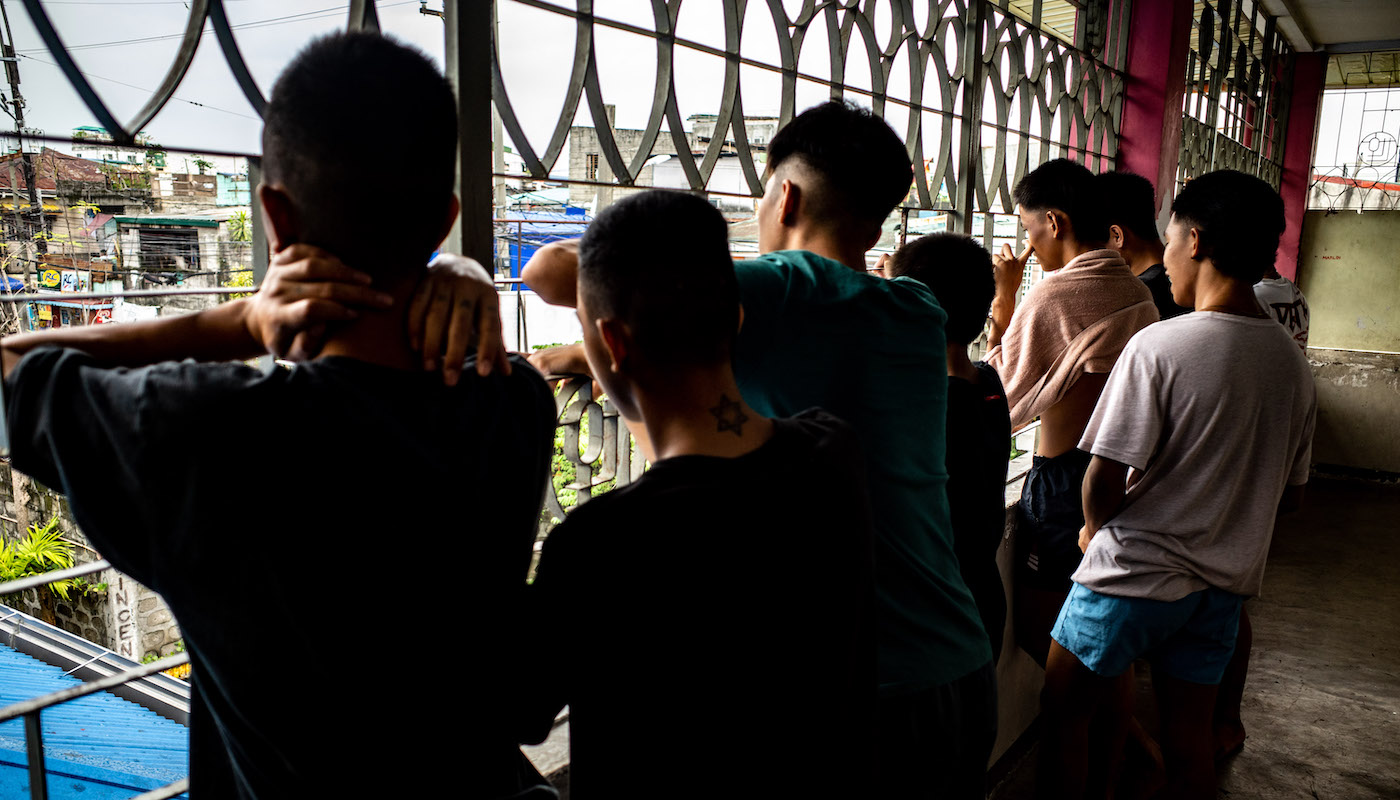 On a small street in the city of Malabon is a two-story building painted in gray and pink. The structure could be mistaken for one of the many public schools in the Philippines. In reality, the building serves as the temporary home of minors facing criminal cases.

Among them are two 17-year-olds accused of rape: Pat and Gino.*

The facility is called Bahay Pag-asa (“House of Hope''). It's a juvenile detention center for children in conflict with the law (CLIC), but for Pat and Gino, it is a place of rehabilitation and respite from the problems of the real world.

Their stay here was supposed to be temporary. Because of the pandemic, Pat and Gino’s court hearings have been put on hold. Their studies have also been affected. Visits from family members have been rare. They are bored.

“My hearing has been put on hold because the prosecutor was not available. I’m trying to keep myself busy but I can’t go back to school because I can’t concentrate,” said Pat. “I’m having a hard time self-studying. It’s like everything I learned before coming here was erased [from my mind]. It’s as if I had to start a new life here.”

Pat said he missed his mother, whose visits have become sporadic since his stepfather became seriously ill.

Gino, who entered the facility at about the same time as Pat did, seems to be doing better with online classes and is expected to graduate from high school next year.  But he struggled during the first few weeks in the institution.

“The people here are very nice. But I get lonely. There’s really nothing I can do [about my case]. I try not to think about it,” he said.

Pat regrets having to  live away from his parents. “[My mother] couldn’t visit but I understand what they are going through outside [Bahay Pag-asa],” he said. “Sometimes, I see on Facebook that she posts about me, ‘My poor son is suffering when he is innocent.’” 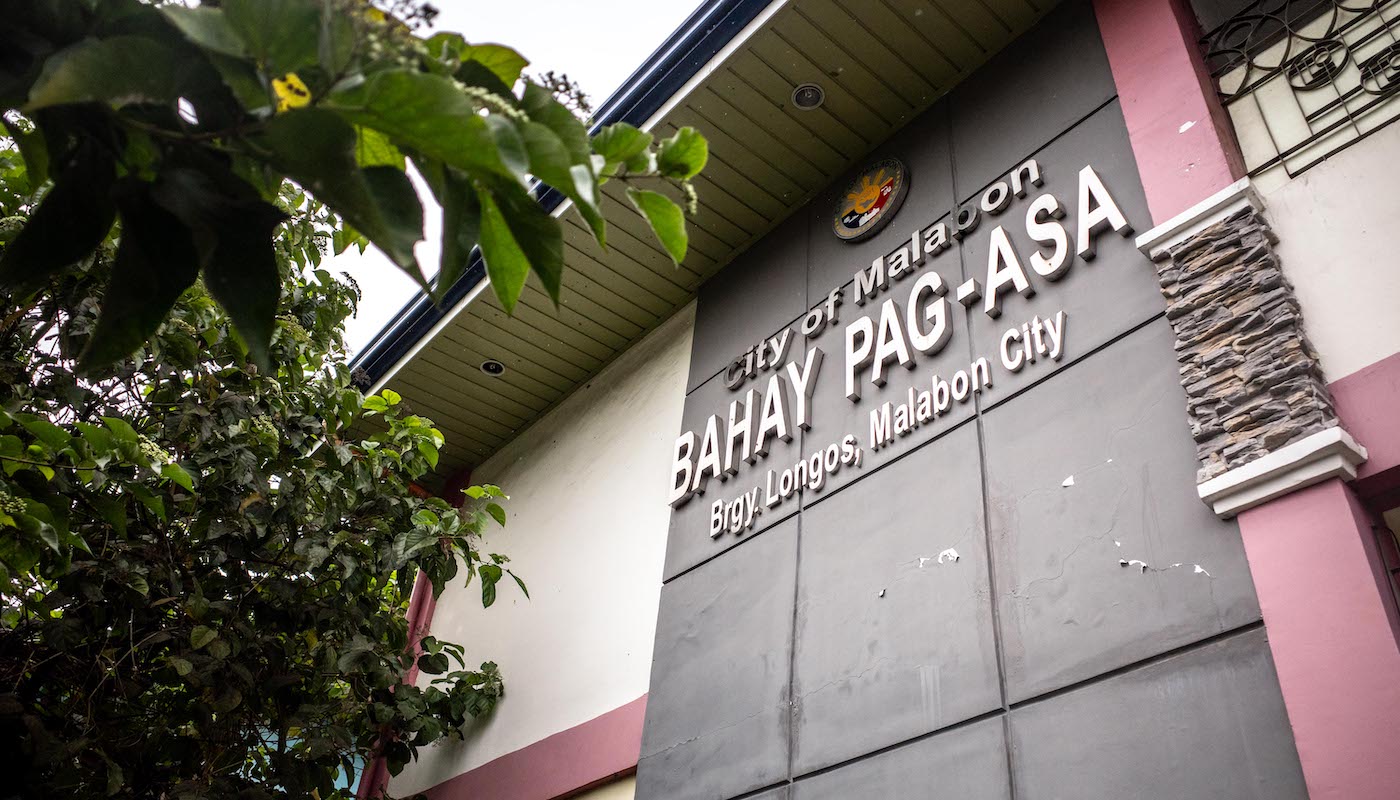 Bahay Pag-asa is a two-storey facility located inside Bahay Sandigan in Malabon City. It shelters apprehended children in conflict with the law. PHOTO BY BERNICE BELTRAN

The Philippine Center for Investigative Journalism (PCIJ) visited Pat, Gino and the other young detainees of Bahay Pag-asa in Malabon on a dreary weekday morning in September, about a month after four of its staff tested positive for Covid-19.

That day, several teenagers were looking out of the window and staring at the road, visibly bored. They were not wearing masks.

This has been Pat’s home for a year and a half. He said his rape case and his stay at Bahay Pag-asa had severely impacted his mental health. Distracted by his troubles, he’s been having a hard time going back to school.

His friends from outside are mostly gone from his life, but he said he has accepted this. “My family is all I have now,” he said.

Gino was “culture shocked” when he arrived at Bahay Pag-asa. “I did not know there was a place like this. It was only [when I was told to come here] that I learned about this. I could not sleep,” Gino recalled in an interview during a break in his classes.

There are things to do inside the home—playing basketball, chess, and attending spiritual development classes led by pastors, Gino said. But these are done at specific times of the day, so loneliness still creeps in. Gino stays strong through the support of his friends inside and outside the house.

It may take a while before he gains his freedom. The pandemic has put his trial on pause, but it’s possible he will be released on recognizance, which will allow him to stay with his family while his trial is ongoing. For now, he appeals to the public to give CLICs like him a chance.

Gino vows to be a lawyer one day and get innocent people out of jail. “People shouldn’t judge us. They should prove first that we are guilty. Some [people behind bars] are innocent,” he said.

Rosemarie Ramos, who runs Bahay Pag-asa Malabon, said the teens were generally well-behaved. While an occasional misunderstanding may arise, they usually settle it among themselves. 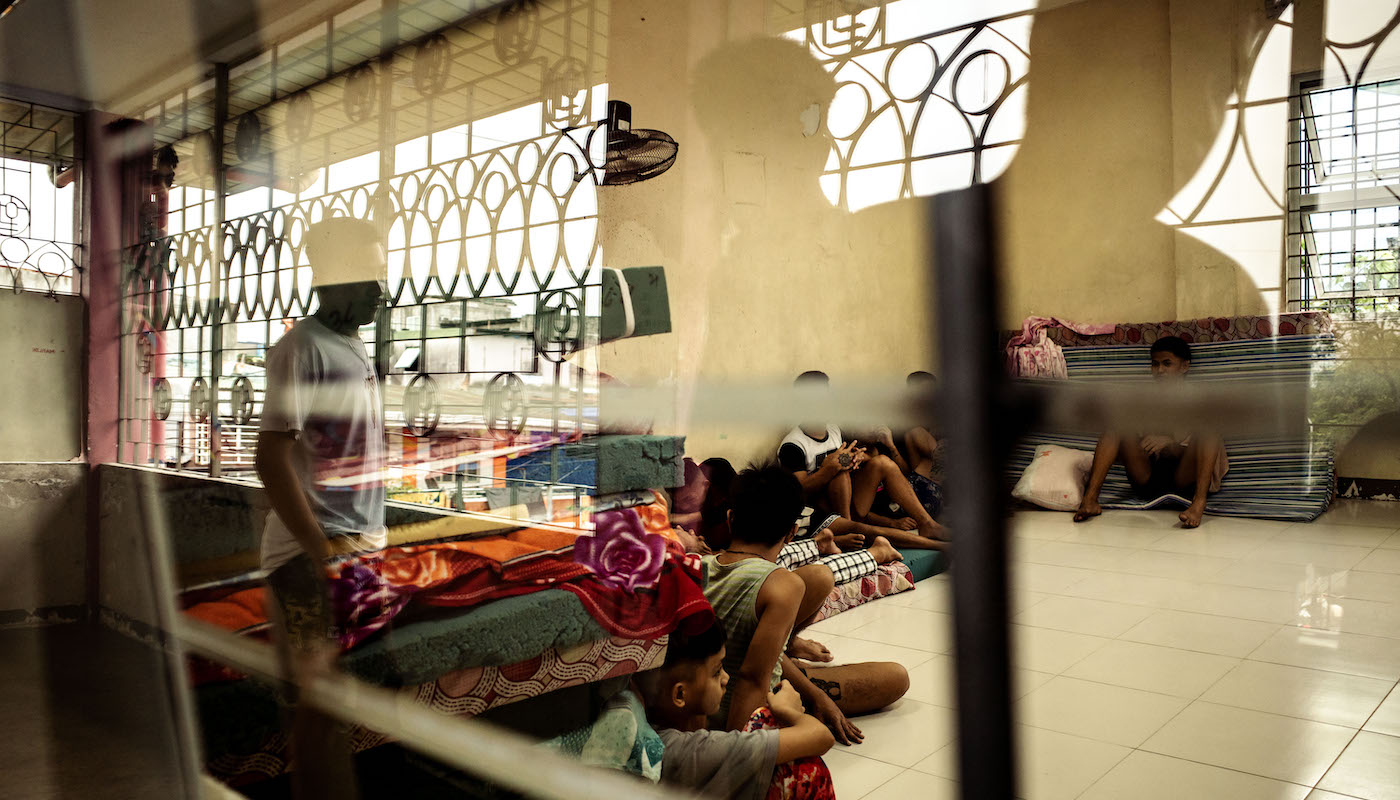 Boys are seen inside their bedroom in Bahay Pag-asa in Malabon, a shelter for children in conflict with the law. PHOTO BY BERNICE BELTRAN

A place for rehabilitation

Bahay Pag-asa in Malabon is only one of 75 Bahay Pag-asa facilities all over the Philippines. These facilities were created under Republic Act 9344 or the “Juvenile Justice and Welfare Act of 2006.”

Each house serves as temporary detention for CLICs aged 15 to 17 years. As minors, they cannot stay in regular jails, where adult suspects are detained. Each Bahay is run by a local government unit and affiliated non-government organizations.

In the past years, there have been reports of bullying and sexual abuse among CLICs in some juvenile detention facilities like Bahay Pag-asa. There were no such cases in the Malabon house, Ramos said.

The institution, which houses 24 juvenile delinquents, took the threat of the pandemic seriously. A Covid-positive case would be disastrous if not contained. In addition, Bahay Pag-asa is located right next to Bahay Sandigan, a shelter for abandoned children and the elderly.

Ramos is proud of how they have made the institution Covid-free. During PCIJ’s visit, one of her colleagues was arranging a stack of vitamins to be given to the children to boost their immunity against the coronavirus.

“We disinfect the rooms and the entire building,” said Ramos, who has been working in the home for five years. “If someone tests positive, we isolate them immediately. For example, if they have a fever or cough, we bring them to another room so they don’t infect the other kids. [And] before a child is admitted [to Bahay Pag-asa], he has to take a swab test [first].” 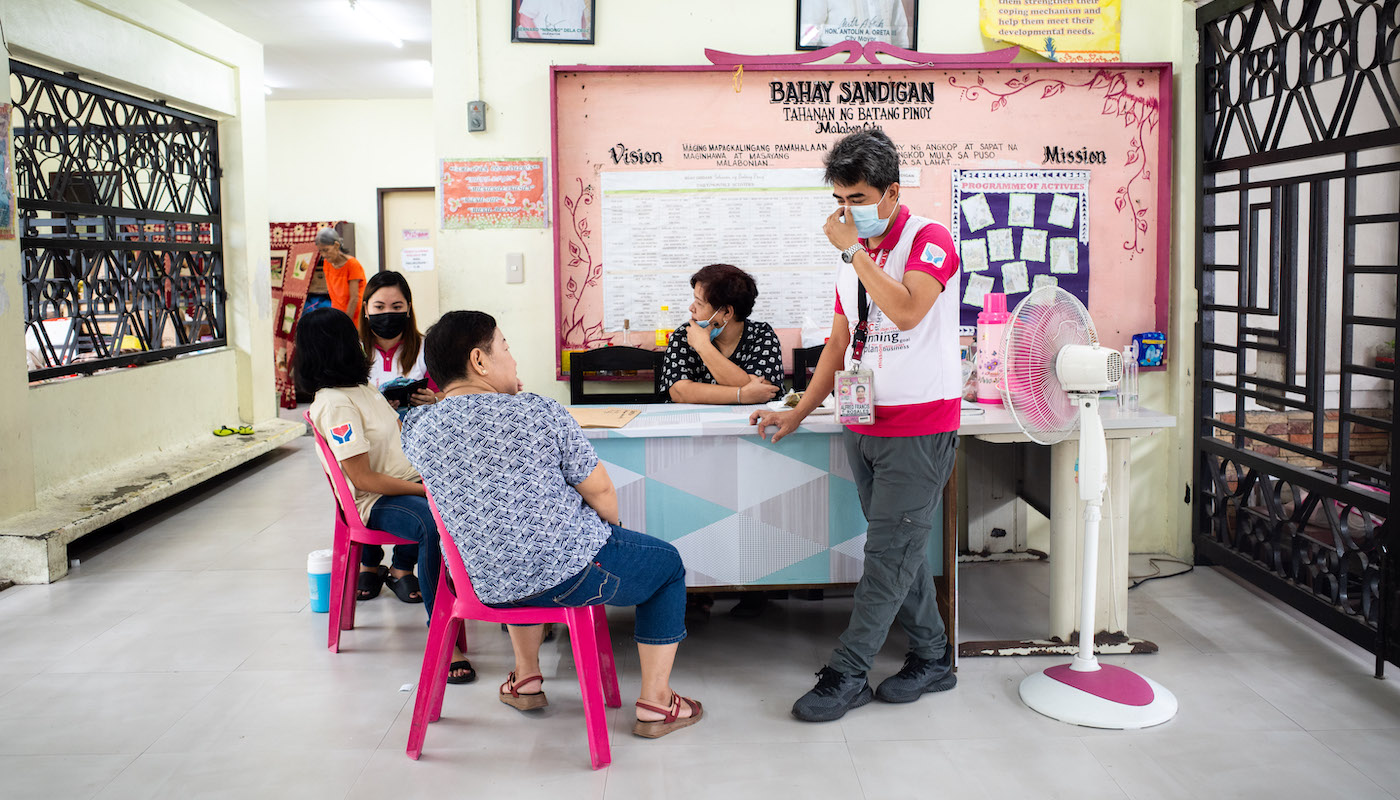 The staff work in Bahay Sandigan, a shelter for children who were rescued by social workers from the streets or negligent parents or guardians. PHOTO BY BERNICE BELTRAN

In January 2019, a committee at the House of Representatives passed a bill lowering the age of criminal responsibility to nine years old. If the bill becomes law, younger CLICs will be detained in Bahay Pag-asa.

With the government prioritizing the response to the pandemic, lowering the age of criminality has been placed on the backburner.

The Malabon shelter remains focused on rehabilitating teenagers, whether they are guilty or not.

Ramos said they try to teach good habits to the kids, such as doing chores and telling them to watch their language. “Some of them arrive here acting like señorito (privileged kids),” she said. In time, though, they grow up and get better.

*The children were with their parents or guardians when they were interviewed. Their have been changed to protect their privacy.

— PCIJ
Posted in: prisons
In This Series

This prison education experience in Davao City Jail proves that illegal drug offenders can change their lives for the better if given the opportunity.