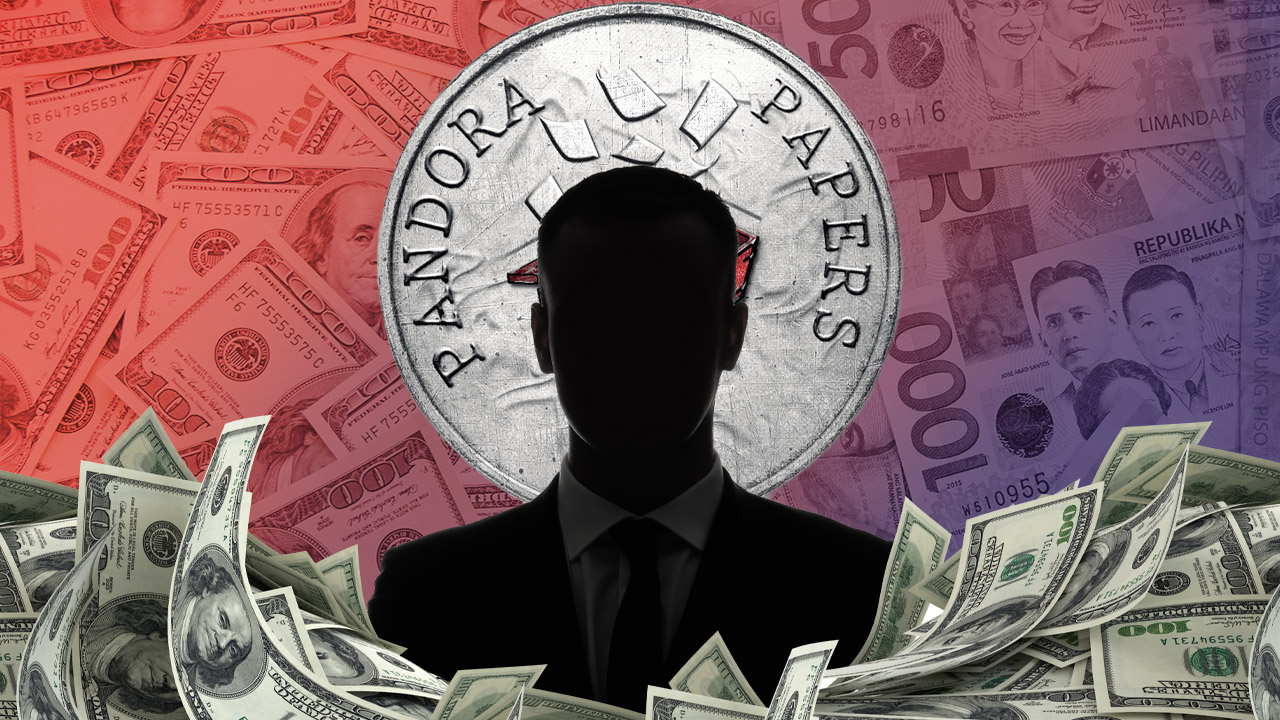 More than 900 of them are part of the Pandora Papers, a hoard of almost 12 million files from 14 offshore finance service providers analyzed by investigative journalists worldwide

More than 900 individuals and companies linked to the Philippines have figured in millions of files on offshore accounts leaked from finance providers, and which a broad group of journalists from 117 countries recently investigated.

An extremely small number of these accounts are tied to big businesses with legitimate sources, and whose reasons for moving and keeping their wealth overseas may be indicative of how the Philippine financial system has been slow on reforms.

The rest of the Philippine-linked accounts are mysterious at the very least. Some individuals, who are either previously unheard of in elite circles or never found in legitimate databases, turned out to be the beneficiaries of multiple accounts. The purpose of many accounts could not be ascertained.

Rappler and the Philippine Center for Investigative Journalism (PCIJ) parsed through all names and companies from documents collectively known as the Pandora Papers.

Of the 14 offshore service providers whose documents were accessed by ICIJ partners, five had Philippine-based clients:

We found very little information about the persons with the most links to offshore accounts found in the documents from ICIJ. (Check the complete list from the ICIJ here.)

Details were scant to be able to identify the purpose of 259 offshore companies, while at least 282 names from the list could not be linked to registered or active companies.

While Rappler and PCIJ do not necessarily imply that illegal transactions were done through these companies of unknown individuals, we raise questions on the purposes of keeping these offshore.

It is legal for Filipinos to set up offshore accounts. These companies, however, operate in various shades of gray areas that are worthy of scrutiny from regulators.

A seasoned corporate lawyer who has wealthy clients acknowledged in an interview with Rappler and PCIJ that companies in so-called tax havens attract both high-net worth individuals and criminals. He requested not to be named.

“We have this client, she’s a matriarch, she owns shares of high value. Now, her concern is that she does not want to burden her children and grandchildren with taxes related to inheritance. I think the tax could reach P30 million. What if you’re rich but not liquid? Where will you get that money just to inherit the shares?” the lawyer explained.

“So I advised her to establish a trust, because, when those shares go into the trust, the trust will hold the shares for the benefit of your children…and effectively cut what could have been perpetual taxes once it goes down to the grandchildren and their children. That saves a lot of money,” he added.

For another, the territory is very lenient when it comes to disclosure of ownership of companies.

BVI companies can help in “layering” one’s wealth so as not to attract “too much” attention.

The lawyer, however, admitted that these functions operate within gray areas that corrupt individuals can abuse.

“It’s not wrong per se, but, like all other things, it can be used for bad purposes. For example, you’re a politician who got kick-backs, then you have lodged your funds here in the Philippines, it’s quite possible that the bank secrecy can be lifted during a litigation. But if you lodge it abroad, it would mean that the court may have to ask for cooperation from that country, that company or bank – that’s a lot of steps,” the lawyer said.

We reached out to the business executives we were able to identify on the list. They said that their offshore companies were either created for business deals or for cost and tax efficiency. Some remained dormant and were not used at all.

Moreover, corporate lawyers we spoke to pointed out that the rich have every reason to move their money out, as the Philippines’ laws “unnecessarily” tax wealth several times over.

“While there have been reforms, the tax laws need to be improved further,” a corporate lawyer said.

Most importantly, moving assets abroad also provides some security for their legally-acquired wealth.

With the mix of the good and the bad operating within the BVI system, how does one tell which account holds dirty money?

“There really is no clear way,” said another corporate lawyer, who also wanted to remain anonymous so as not to “alarm” his high-profile clients.

“I have a client whose child was almost kidnapped because of their perceived wealth. Setting up an offshore account hides their money in a legitimate way from people who have bad intentions, while also keeping it accessible whenever they need the liquidity,” the second lawyer said.

Former Bureau of Internal Revenue Commissioner Kim Henares shared this view, saying that prominent names on the list may “not be an issue,” as these individuals could easily justify their wealth.

“But if a name does not come up on Google, but has lots of offshore accounts,” the second lawyer said, “I simply ask: What are you doing there?”

After careful investigation, Rappler and PCIJ found that the purpose of the majority of the offshore companies linked to Filipinos on the Pandora Papers are unclear.

Moreover, the secrecy of the offshore system makes it impossible to distinguish which are tied to legitimate sources and which come from criminal activities.

ICIJ also pointed out that even legal transactions have to also be put into question. For instance, profits of businesses from high-tax countries are transferred to companies that only exist on paper in tax havens.

Does this put the host country like the Philippines at a disadvantage? Or are there gaps needed to be plugged in such countries and territories?

The Philippines is not a unique case. According to the Paris-based Organization for Economic Cooperation and Development (OECD), at least $13.3 trillion is held offshore.

The tree map below shows that most of the individuals on the list linked to the Philippines are unknown or have scant publicly available records.

The chart was made by carefully checking each name on search engines and databases and matching them with a company. These companies are then categorized per industry.

While the majority of the companies can’t be traced to prominent Filipino personalities or firms, we were able to identify 36 offshore companies linked to conglomerates and mall operators, some of which have responded to our queries.

The names of the Sy siblings of SM Investments Corporation, for instance, showed up on the Commence list and are linked to 10 offshore companies incorporated in the British Virgin Islands (BVI). Their companies were created sometime between 2002 and 2015.

The Gaisano family, which owns malls and retail outlets mostly in the Visayas and Mindanao, are linked to 12 companies.

Some members of the Aboitiz clan were named owners of 13 companies.

(View the responses of prominent Filipinos here when they become available on October 4 at 12 p.m., Philippine time.)

Meanwhile, at least 31 names on the list are lawyers, some of whom are directors and corporate secretaries of publicly listed companies.

Monte Oro said that the offshore company was set up for an exploration project in Sierra Leone.

The name of Transportation Secretary Arthur Tugade also appears on the list. (Read the story here when it becomes available on October 4 at 10 am Philippine time.)

The list from the offshore service providers also revealed that the individuals with the most links did not appear on search engines and other public databases.

A woman’s name, for example, is identified in 21 offshore companies as their client. No other details can be found about this person in any government databases or past offshore leaks. The documents from the offshore service providers also did not provide other information.

Meanwhile, a 71-year-old male appears in 20 companies as either a client or beneficial owner. While his name appears on several websites, Rappler and PCIJ won’t publish his name as we are still unable to verify his identity.

A network map of all Filipino-related companies in the Pandora Papers also showed that the companies of the mystery woman are linked to other individuals on the list.

Meanwhile, the companies established by the 71-year-old man are only linked to one individual who could either be his wife or relative. 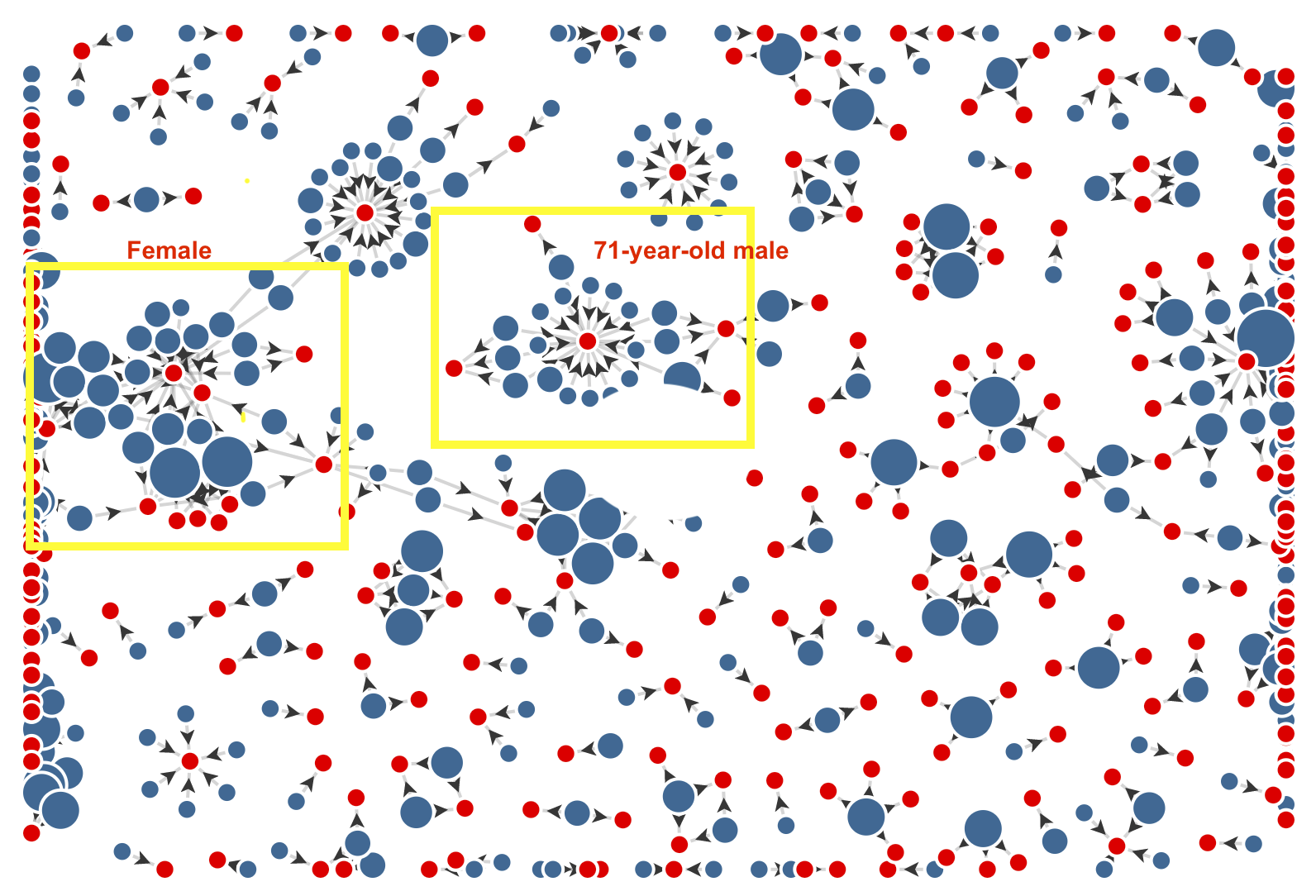 The documents were able to identify 156 Filipinos, 21 Chinese, and 9 Britons.

But the nationalities of 160 other names on the list cannot be ascertained. Almost all of these names, however, are Filipino- and Chinese-sounding.

The documents from ICIJ revealed that more Filipinos started to create offshore companies in 1997 or during the Asian financial crisis.

The crisis led to financial contagion, drop in stock prices, and the peso’s devaluation, among other economic meltdowns.

A total of 23 offshore companies were established by Philippine-based individuals and companies in 1997 alone.

Among those who established these were the Gatchalian family, who are prominent businessmen and politicians.

In 2015, another spike in the number of incorporated offshore companies was observed.

Among the 28 companies established during that time were owned by the Gaisano and Sy families.

To search for the names of Filipinos on the Pandora Papers database, use the search bar below:

A long way to go on reforms

While offshore companies continue to house money of both legitimate and sketchy individuals, leaks to the press have made significant improvements to somewhat lift the veil.

For instance, the Panama Papers of 2016 helped persuade the United States Congress to pass the Corporate Transparency Act, which requires owners of companies to disclose their identities to the Treasury Department.

Meanwhile, the Organization for Economic Cooperation and Development reported that nearly 100 countries carried out automatic exchange of information in 2019, enabling tax authorities to obtain data on 84 million financial accounts held offshore by their residents.

The Philippines, however, has a long way to go.

While leaks via the Panama Papers and the Paradise Papers of 2017 have prompted legislators in other countries to follow the rest of the world in lifting the bank secrecy law, the Philippines continues to keep the lid on.

The Philippines is the only country left in the world with a law that keeps the secrecy on bank deposits. END

— PCIJ
Posted in: Pandora Papers
In This Series
Latest Stories

The Pandora Papers reveal the inner workings of a shadow economy that benefits the wealthy and well-connected at the expense of everyone else.