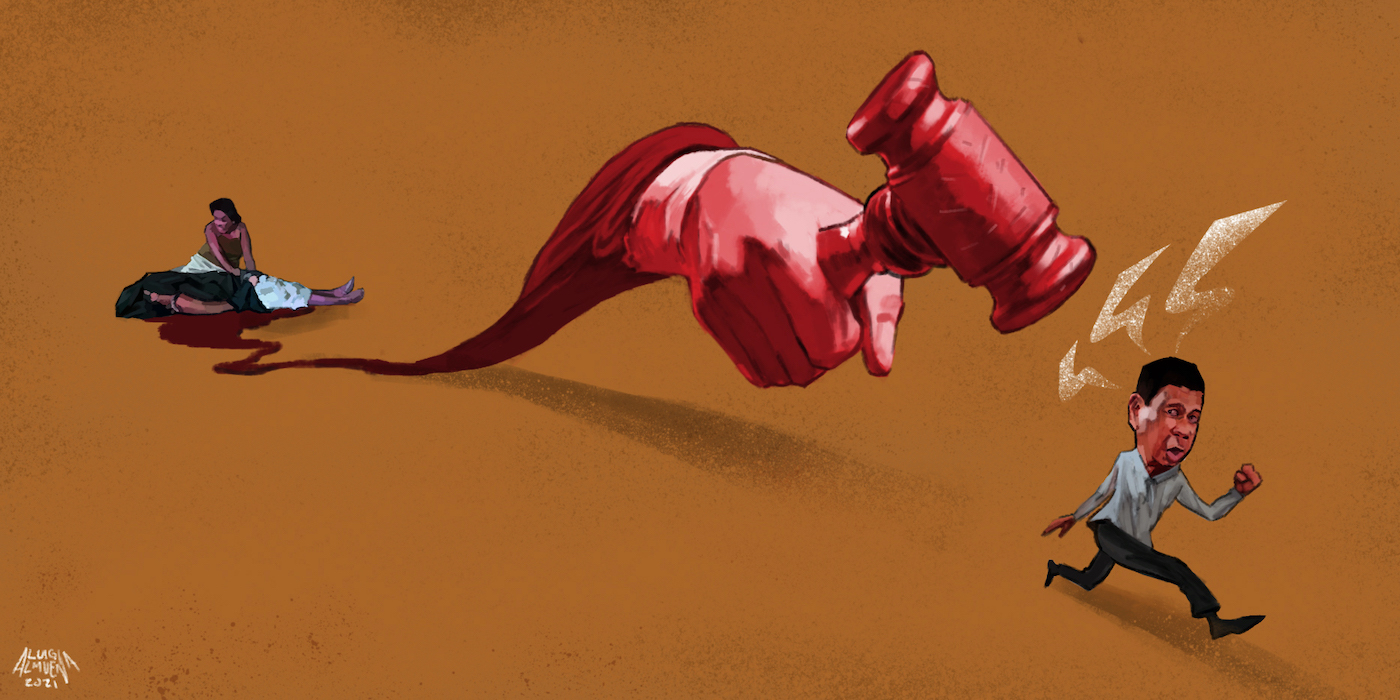 Duterte and the ICC: An End to Impunity?

This is an opinion piece by Carlos Conde, senior Philippines researcher at Human Rights Watch, written for the Philippine Center for Investigative Journalism (PCIJ). A former journalist, he reported about the Davao Death Squad killings for the PCIJ, The New York Times, and other publications.

Exactly a week before he was killed on September 8, 2010, Philip Cabugao came to the aid of a friend who had been shot in the middle of a busy intersection in Tibungco, a district in Davao City. As Philip cradled the head of his dead friend, someone took a photo of them, his brother Victor told me. Seven days later, Philip, who worked as a public transport dispatcher, was himself shot once in the head a few steps from where his friend had died. He was just 23.

With the confidence of killers who know they operate with impunity, in broad daylight the three assailants arrived on motorcycles and shot Philip in full view of bystanders. Victor said he rushed to his fallen brother, slumped by the roadside in front of a gasoline station, after someone alerted him. A few days later, Victor was told by a neighbor that he was now also a target of a shadowy band of killers known as the “Davao Death Squad.” This forced Victor to leave Davao City and move to Manila. “I was now being hunted,” Victor told Human Rights Watch in a 2012 interview. (The Cabugaos’ names have been changed for security reasons.)

On September 15, the International Criminal Court in the Hague announced the opening of an investigation into crimes against humanity during the so-called “war on drugs” campaign in the Philippines. The ICC investigation is an important reckoning. It seeks to tackle the human rights catastrophe of the “war on drugs” by providing genuine accountability. It should bring hope to families of victims and all Filipinos concerned about human rights. 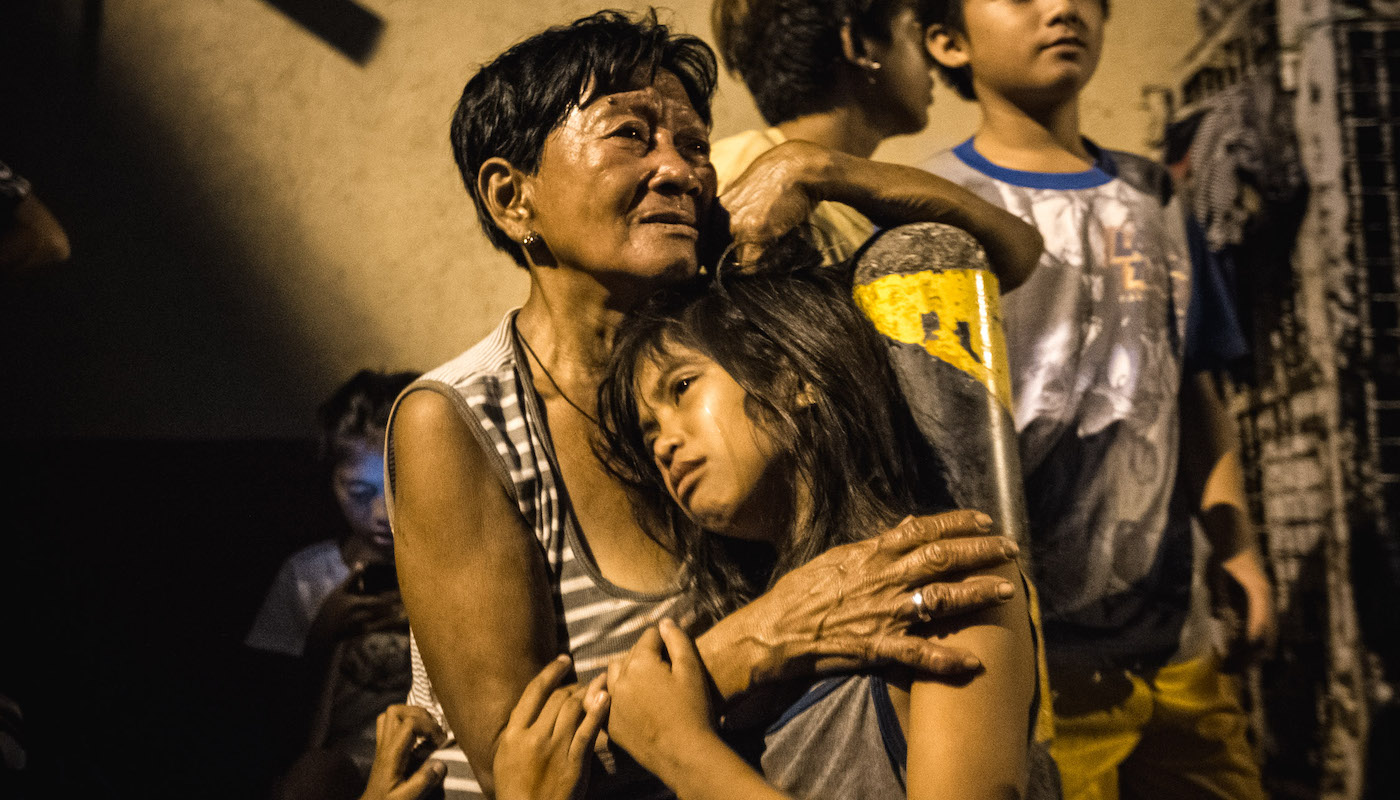 Rodrigo Duterte was mayor of Davao City at the height of the Davao Death Squad killings. These killings may prove very important for the ICC investigators, as two former death squad members are among the witnesses who are reportedly going to testify. In July 2013 alone, for example, Tambayan, a local children’s rights group, documented 19 killings. The majority of the death squad’s victims were poor Davaoenos who worked as laborers or tricycle drivers.

Many later killings under Duterte’s even bloodier presidency followed the pattern of the Davao City summary executions. Since 2016, thousands have died in Duterte’s “war on drugs,” with police and their agents routinely committing extrajudicial executions and, as Human Rights Watch found in its investigations, planting evidence such as guns and illegal drugs on the bodies. The United Nations Office of the High Commissioner for Human Rights, in a  June 2020 report, upheld these findings, adding that the government’s campaign “has led to serious human rights violations, reinforced by harmful rhetoric from high-level officials.”

The court’s jurisdiction starts from November 1, 2011, when the ICC’s Rome Statute became effective in the Philippines, until March 16, 2019, when the country’s withdrawal from the ICC became final. The court said it would investigate murder in Davao City between November 2011 until mid-2016, when Duterte was the city’s mayor, and throughout the Philippines between July 2016, after Duterte was elected president, and the March 2019 end date.

Duterte continues to harness his high popularity in the polls as he ends his constitutionally mandated single term as president and seeks a new mandate as vice president, perhaps partly in the belief that this may insulate him from ICC prosecution. Duterte has argued that the ICC’s action on the Philippines is a Western imposition and that the court has no jurisdiction in the country. These claims, however dubious, may shape the upcoming elections. In a country where human rights issues almost always take a back seat in elections to other less lofty considerations, interjecting the possible prosecution of a candidate by the ICC treads new ground, with an uncertain outcome.

By this single act of an independent, international body to investigate crimes against humanity, real inroads may finally be made into the impunity that has bedeviled the Philippines for decades. END 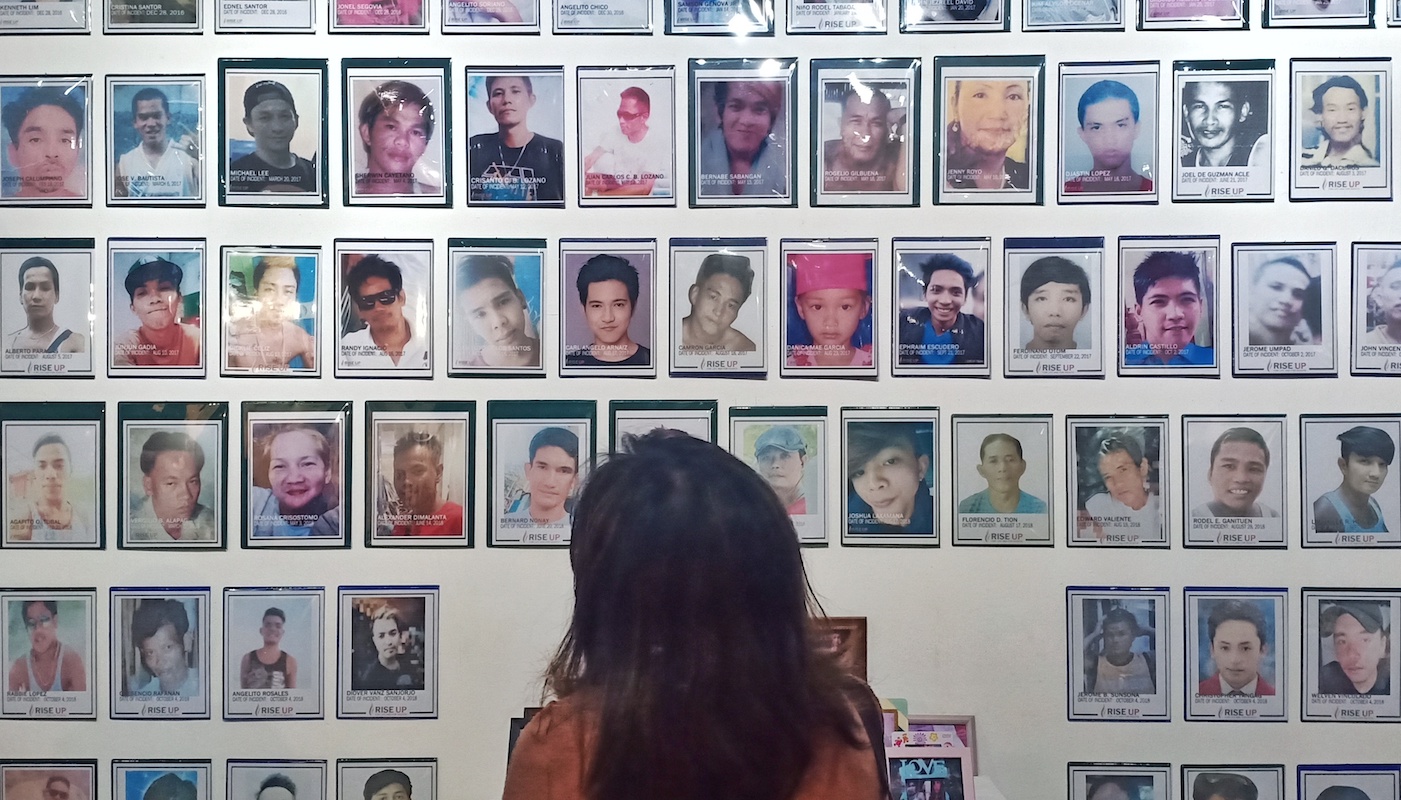 Duterte's secret SALN: The lie of his FOI

Rodrigo R. Duterte is a most secretive President when it comes to the details of his wealth. To this day, eight months after the April 30 deadline for filing, he has not released a copy of his Statement of Assets, Liabilities, and Net Worth (SALN) for 2018.   By all indications, Duterte sticks out as the lie of his own Freedom of Information (FOI) edict.