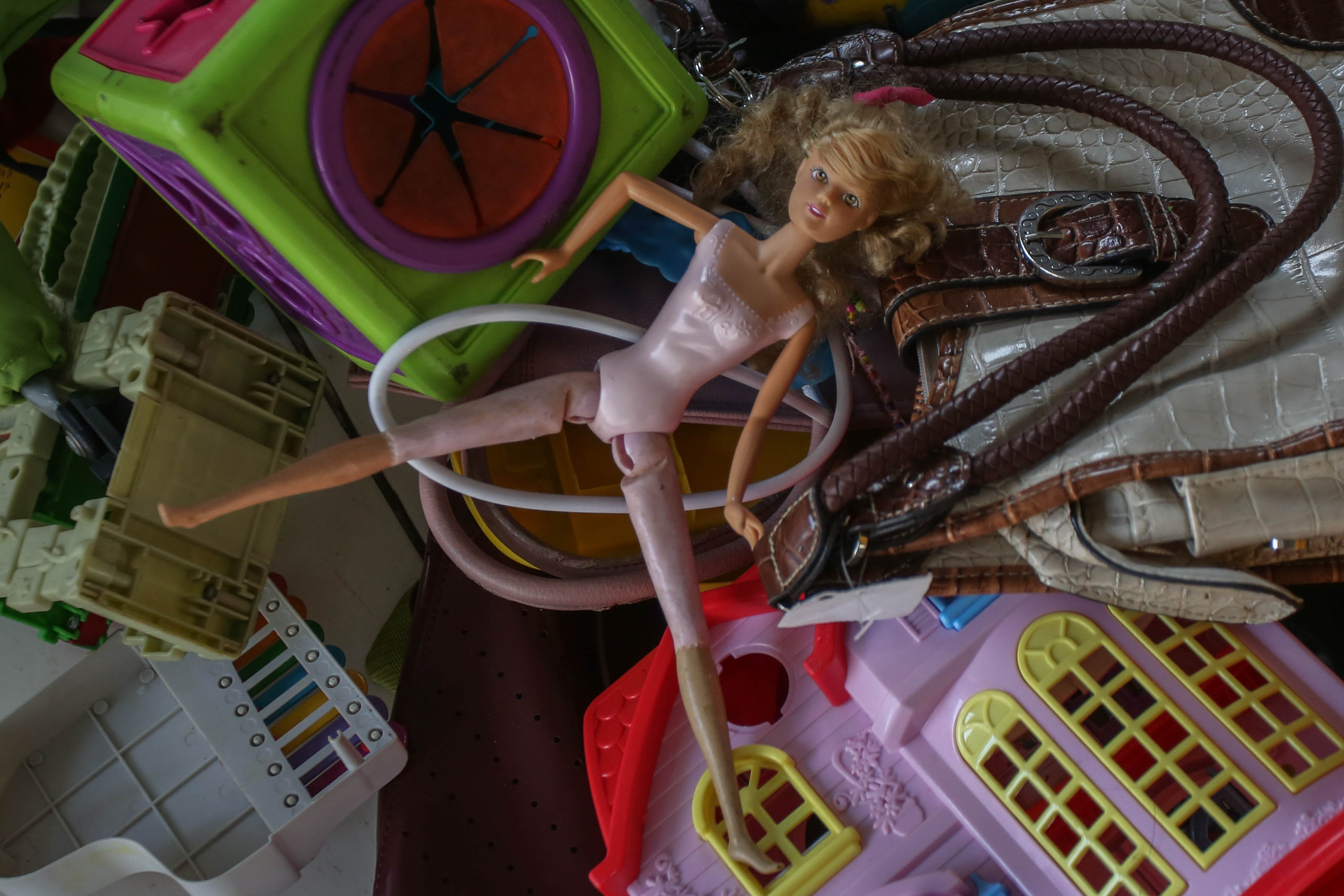 Neil Jayson Servallos and Chiara Zambrano talk to a trafficker and government officials about how social media has aided the sexual exploitation of children.

BY CHERRY SALAZAR, NEIL JAYSON SERVALLOS AND CHIARA ZAMBRANO May 30, 2021

The sexual exploitation of children has been a pressing concern in the Philippines for years, but the crime has been exacerbated by the Covid-19 pandemic.

Sexual predators are stuck at home, pushing the demand for more child abuse materials, which poor Filipino families supply, as they are forced to find ways to earn money while in quarantine.

In this first episode of a special series produced in collaboration with ABS-CBN News, we will hear from government agencies and a trafficker about how social media has aided these crimes against children.

Because of the nature of the subject, some parts of this podcast will be graphic and may be triggering to some listeners. Discretion is highly advised.

This episode was written by Cherry Salazar of PCIJ and produced by ABS-CBN News. Neil Jayson Servallos of PCIJ and the UST Journalism School and Chiara Zambrano of ABS-CBN News conducted the interviews. Photograph by Jam Sta. Rosa.

This episode is supported by the Judith Neilson Institute’s Asian Stories project, in collaboration with ABS-CBN News, the South China Morning Post, The Korea Times and Tempo in Indonesia.

For more on this topic, you may read the longform investigative report THE FILIPINO MOTHERS SELLING THEIR CHILDREN FOR ONLINE SEXUAL ABUSE here.

READ THE FULL TRANSCRIPT OF THE PODCAST:

Chiara Zambrano, narrator:  It’s becoming hard to imagine life without social media anymore. With online deliveries, shopping is done with just a tap of our smartphone. Communicating with loved ones who can be miles away was never been easier. And these days, work and school can be done within the confines of your own home.

But in this same social media space, thre are crimes that are being enabled, too. Among them: the online sexual exploitation of children, or OSEC.

Hello and welcome to “On the Record,” the podcast of the Philippine Center for Investigative Journalism.

You are listening to the first episode of a special series produced in collaboration with ABS-CBN News and Sydney-based Judith Neilson Institute, a non-partisan, independent group that supports quality journalism across the globe.

This episode is part of Asian Stories, an investigative collaboration among PCIJ, ABS-CBN News, the South China Morning Post, the Korea Times, and Tempo of Indonesia.

In this episode, we'll tell the story with various government agencies and a trafficker herself.

Because of the nature of this subject, some parts of this podcast will be graphic and may be triggering to some listeners. Discretion is highly advised.

We begin with the question: What is OSEC?

Vic Lorenzo, National Bureau of Investigation (NBI):  Online sexual exploitation of children, OSEC as we call it, embraces all forms of trafficking of child pornography materials, regardless if it is streaming, distribution of photography, and other forms of media.

Chiara Zambrano, narrator:  OSEC has been a pressing concern for years, but the crime has been exacerbated by the Covid-19 pandemic. Online sexual predators are all stuck at home, pushing the demand for more OSEC materials, which poor Filipino families supply, as they are forced to find ways to earn money while in quarantine.

There are no official figures yet, but monitoring by authorities such as the Department of Justice, the Anti-Money Laundering Council, and the US-based National Center for Missing and Exploited Children suggest a spike in child pornography during the pandemic.

Reports of OSEC more than tripled in the period of March to May 2020.

Vic Lorenzo, NBI:  There was a study in 2019, wherein it was revealed that the epicenter of OSEC materials [is in] the Philippines. There are so many materials floating around the internet that are being produced in the Philippines, and we should be addressing this.

Chiara Zambrano, narrator:   Lorenzo is referring to the study conducted by the International Justice Mission, the US Department of State’s Office to Monitor and Combat Trafficking in Persons, and the Philippines’s Interagency Council Against Trafficking or IACAT.

Between 2011 to 2017, there were 90 cases of OSEC in the country, with 381 victims. This means an average of four victims per case. One in every nine cases involved at least 10 victims.

According to global data from law enforcement agencies, the Philippines received 237 OSEC case referrals or more than eight times as many referrals as any other country from 2010 to 2017.

The Philippines is on the supply side, while the demand mostly comes from other countries.

Records showed that all known OSEC customers were male, with ages ranging from 40 to 72 years old. They pay for the sexual exploitation of a minor. Requests and instructions are carried out through online channels. Lorenzo tells us more.

Vic Lorenzo, NBI:  Sexual predators will befriend one member of the family, and they will try to convince them to produce OSEC materials in consideration of a sum of money. That’s how it will start.

“Do you have a daughter? Can you provide me a photo of her in formal attire? in a skimpy dress? in underwear? and ultimately, naked?” Then, “Can you perform? Can you make her dance? Can you make her do some stuff? And we’re going to pay you. If you go beyond that dancing, then we will give you more.”

Depending on the instruction of the sexual predators, it could be the whole family; siblings together, touching each other.

People that [we] have arrested, when we ask them how long they have been communicating with sexual predators, usually the first act in producing the OSEC, [they tell us] it will only take a week.

Chiara Zambrano, narrator:  This was exactly how a 31-year-old mother from Bulacan trafficked her child. To protect her identity and those of her children, we will call her “Carmen Lirio.”

Chiara Zambrano, narrator:   And just as it is easy to follow the demands of a paying customer, a child will not think twice about trusting his or her own blood.

The 2019 study found that OSEC is usually a family-based crime. Forty-two percent of OSEC cases were facilitated by relatives, while 41 percent were facilitated by biological parents. And mothers, who were supposed to show an attitude of care, were more often the traffickers of their own children.

Chiara Zambrano, narrator:  That was Police Colonel Sheila Portento speaking. Portento heads the Anti-Trafficking in Persons Division under the Women and Children Protection Center of the Philippine National Police.

The convincing power of the nanay is so much easier na madaling mapasunod ‘yung bata.

Chiara Zambrano, narrator:  But there is apparently a price to a child’s well-being and dignity. Lirio shares her experience.

Chiara Zambrano, narrator:  Their family used to sell food across a school. But with the pandemic forcing a shift to online classes, they had no choice but to close shop. Her husband earns only P1,600 or roughly US$35 a month. That is clearly not enough for their daily needs.

Chiara Zambrano, narrator:  Indeed, OSEC is reprehensible, but it’s an easy way to earn money. All one needs is a working phone camera and an internet connection, and transactions can be done over social media.

Vic Lorenzo, NBI:  The only way that we could monitor those [kinds] of activities is with the help of telephone companies. They could not peep into the actual livestream, but they could look into the actual traffic. If there is a continuous traffic in a long period of time, which is unusual in that particular area, then in all probability, this is an OSEC exchange. That’s why we need to confiscate, and we need to conduct forensic examination on those digital gadgets.

Atty. Angela Marie de Gracia, Department of Justice (DOJ) Office of Cybercrime:  Facebook or any electronic service provider that [is] situated in the US, madali nating makukuha ‘yun because of the NCMEC cyber tipline reports.

Chiara Zambrano, narrator:  That was Attorney Angela Marie de Gracia of the justice department’s Office of Cybercrime. De Gracia was referring to the National Center for Missing and Exploited Children, a non-profit organization based in the US.

The NCMEC serves as a resource center and provides cyber tipline reports to law enforcement agencies around the world. The cyber tipline is a centralized means of reporting OSEC incidents.

Chiara Zambrano, narrator:  How OSEC is done may have been changing with the times, but it isn’t the only thing adapting to current circumstances.

Vic Lorenzo, NBI:  What we have seen is ‘yung evolution nung OSEC, from international naging local. [There are] actually so many reports right now that there are so many local sexual predators operating. Because of the pandemic, we are confined [to] the four corners of our home.

We have online classes, and children are confined in the four corners of their home and they’re just talking with the computers or digital gadgets that they have. And they use, massively, social media. This is an opportunity for local sexual predators to victimize children. Children are being manipulated in providing OSEC materials.

They will befriend that child. They will try to ask for photos in exchange for money. But when a sexual predator is situated locally, there is a great danger that it could transcend from virtual to physical. They could easily meet up. And when they meet up, some of them were raped. So that’s another danger.

Parents, sometimes, could no longer monitor the activities of their children online. So everybody could be a victim. Every minor could produce an OSEC material because we have access to the internet.

Chiara Zambrano, narrator:  This podcast was written by Cherry Salazar of the Philippine Center for Investigative Journalism and produced by ABS-CBN, with support from the Judith Neilson Institute.

Neil Jayson Servallos of PCIJ and the UST Journalism School and Chiara Zambrano of ABS-CBN conducted the interviews.

If you want to learn more about the extent of OSEC and efforts being done to curb it, you may check PCIJ’s website, pcij.org, for our complementary multi-part investigative report.

The ABS-CBN News Channel will also premiere a documentary on this issue in June.

Journalists reflect on their experiences reporting on image-based abuse.

Neil Jayson Servallos and Chiara Zambrano talk to a trafficker and government officials about how social media has aided the sexual exploitation of children.

The Filipino mothers selling their children for online sexual abuse

Online sexual exploitation of children surged during the pandemic, when many Filipinos lost their jobs. Tech companies reported more than 1.29 million images and videos of child abuse produced in the country in 2020 or triple the number in 2019.

Cherry Salazar talks to a survivor and child’s rights advocates about the longterm impact of online sexual abuse.