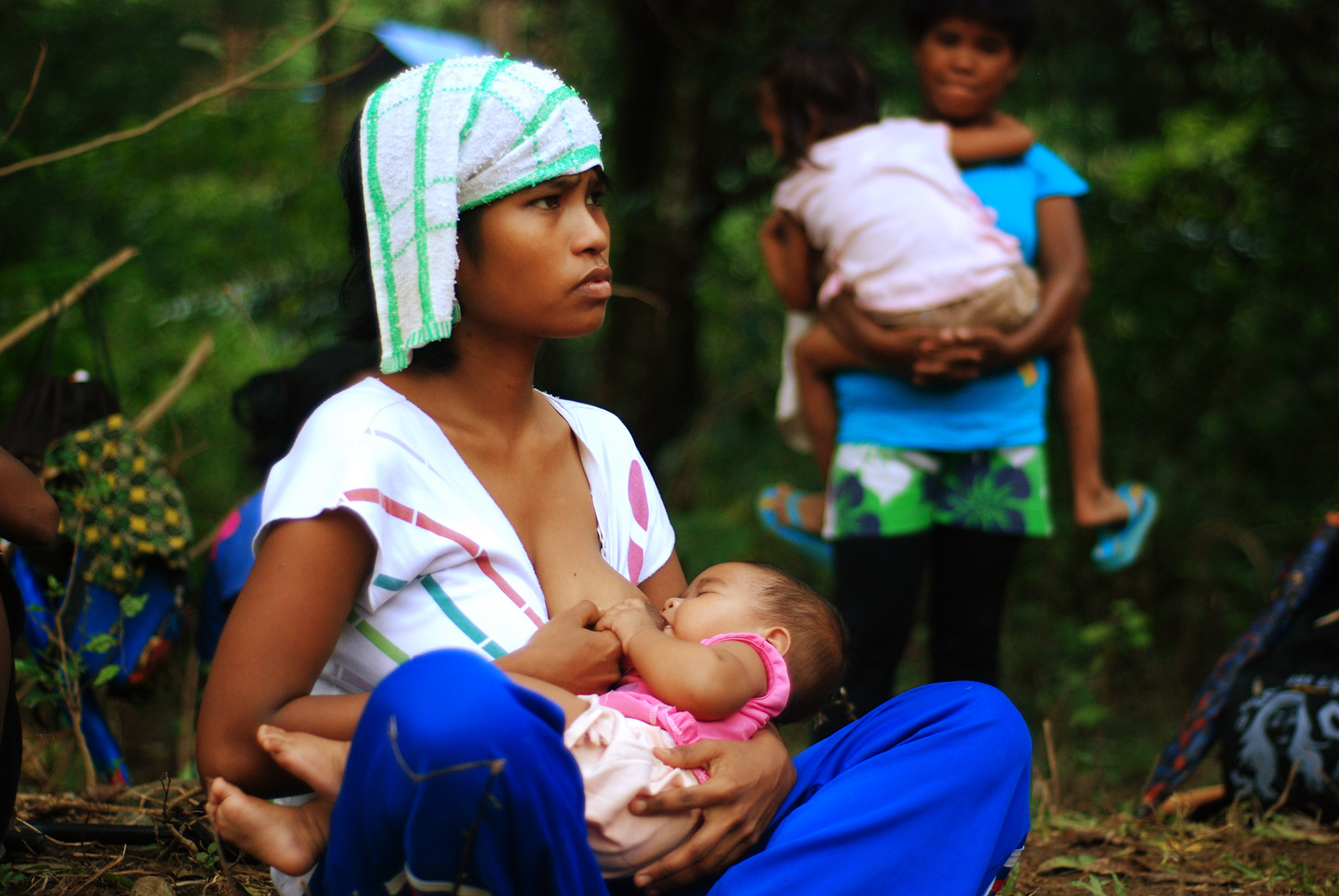 MILK AND THE PANDEMIC

Women should still breastfeed despite the pandemic, even those found to be positive for Covid-19, according to a Department of Health (DOH) memorandum. This shows how the government has been relentless in promoting breastfeeding in the face of a formidable opponent – milk manufacturing giants who have made their way into the consciousness of Filipino mothers through massive advertising.

Despite the passage of the Milk Code 33 years ago, myths and unfounded beliefs persist amid aggressive promotions by milk manufacturers that claim to give a child advantage in terms of health and IQ points.

Only 35.1 percent of babies are exclusively breastfed until 5 months of age, according to the 2019 Expanded National Nutrition Survey of the Department of Science and Technology – Food and Nutrition Research Institute (DOST-FNRI), although exclusive breastfeeding percentages have been increasing since 2003, but took a dip in 2015.

Nathalie Verceles, director of the University of the Philippines Center for Women’s and Gender Studies, said the Milk Code was meant to protect the interest of mothers and babies from aggressive marketing strategies of formula milk companies. (See related story: Milk and the pandemic: Milk Code confusion cripples LGUs response for infants)

Mothers need support, according to Save the Children Philippines health and nutrition adviser Dr. Amado Parawan. A mother’s decision to breastfeed, he said, predates the birth of the child and will depend on what she believes – or is made to believe. This decision can also be affected by the support she gets – or doesn’t get – from home, work and community.

May 1981 – The International Code on Marketing of Breastmilk Substitutes is adopted by the World Health Assembly. The aim is to protect and promote breastfeeding by ensuring appropriate marketing and distribution of breastmilk substitutes.

1990 – Guided by the World Health Assembly resolutions, which state that “follow-on or follow-up formulas are unnecessary because after six months the baby starts to take complementary foods together with sustained breastfeeding,” improvements were introduced on the IRR, such as the ban on follow-on formulas. This was prompted by the 1987 Wyeth's invention of follow-on milk for children aged six months and above that undermined the importance of breastfeeding. When the Milk Code was being drafted, follow-on milk was not yet invented. “Complementary food” includes food that is part of the local culture.

2 June 1992 – The Rooming-In and Breast-Feeding Act, Republic Act (RA) 7600, is passed, provides legal basis for rooming-in as a national policy to encourage, protect and support breastfeeding.

2003 – The exclusive breastfeeding percentage among infants 0-5.9 months stands at 29.7 percent.

2004 – The Task Force Milk Code begins discussion and debate on the first draft of the revised IRR of the Milk Code. Among those consulted was Swiss multinational Nestlé, who represented formula milk companies.

23 May 2005 – DOH Administrative Order (AO) 2006-0014 or the National Policies on Infant and Young Children is issued. It states that in times of crisis, breastfeeding is the first and best feeding option for infants and young children. It requires mothers and babies to remain together after delivery. Support must be given for mothers to breastfeed even in crisis or emergencies.

2006 – The Pharmaceutical Healthcare Association of the Philippines (PHAP) seeks a temporary restraining order on the revised IRR’s implementation. After initially denying PHAP’s petition, the court overturns its decision and issues a TRO on the revised IRR.

28 May 2007 – DOH AO 2007-0017 or the “Guidelines on the Acceptance and Processing of Foreign and Local Donations during Emergency and Disaster Situations,” states that “Infant formula, breastmilk substitutes, feeding bottles, artificial nipples and teats shall not be items for donation. No acceptance of donation shall be issued for any of the enumerated items.”

09 October 2007 – The revised IRR of the Milk Code takes effect after the Supreme Court partially upholds its validity. It strikes down certain provisions, such as the prohibition on advertising and promotion of breastmilk substitutes and introduces sanctions not found in the law.

01 April 2008 – The Department of the Interior and Local Government releases AO 2008-0055, or the “Guidelines on the acceptance and processing of foreign and local donations during emergency and disaster situations.” It endorses DOH AO 2007-0017 to all local government units.

2008 – The exclusive breastfeeding percentage among infants 0-5.9 months rises to 35.9 percent.

16 March 2009 – RA 10028 or the Expanded Breastfeeding Act, which amends RA 7600, is signed by President Gloria Macapagal Arroyo. It establishes standards for workplaces, health facilities (with the establishment of milk banks) and public places, and calls for breastfeeding breaks and designated facilities in the workplace.

21 December 2012 – RA 10354 or The Responsible Parenthood and Reproductive Health Act of 2012 is signed by President Benigno Aquino III. It includes breastfeeding as an element of reproductive health care and provides a basis for breastfeeding promotion and education.

2015 – The exclusive breastfeeding percentage among infants 0-5.9 months dips for the first time to 48.8 percent.

29 November 2018 – RA 11148 or the “Kalusugan at Nutrisyon ng Mag-Nanay Act” is signed by President Rodrigo Duterte.The law seeks to address the malnutrition of infants and young and lactating women.

11 May 2020 – DOH Memorandum No. 2020-0237 or the “Interim Guidelines for the Delivery of Nutrition Services in the Context of COVID-19 Pandemic” states that mothers who are asymptomatic, or those with close contacts, suspect, probable, or confirmed case of COVID-19 who do not have severe illness and/or who are not in respiratory distress, can continue breastfeeding, provided that they observe strict infection control measures.

15 May 2020 – DOH Memorandum No. 2020-0231 or the “Guidelines on the Standardized Regulation of Donations, Related to EO 51,” provides guidelines on how LGUs can help provide nutrition for non-breastfeeding children under 3 years old. While donations are banned as stipulated in various laws and orders, LGUs can procure formula milk and give them to identified families. The memorandum still upholds the promotion and protection of breastfeeding for infants and young children.

— PCIJ
Posted in: Breastfeeding, COVID19
In This Series

RP far behind goals to lift
plight of children, mothers

IT WILL be his first official trip overseas as the country’s chief executive, but President Benigno Simeon C. Aquino III has little reason to look forward to his upcoming visit to the United States.

The rights of our children

URBANIZATION has two faces: brimming with opportunities for employment and development, and the other, posing threats to the health, education, and well-being of children. This is the latest finding of the United Nations Children’s Fund (UNICEF) in its State of the World’s Children report released last week.