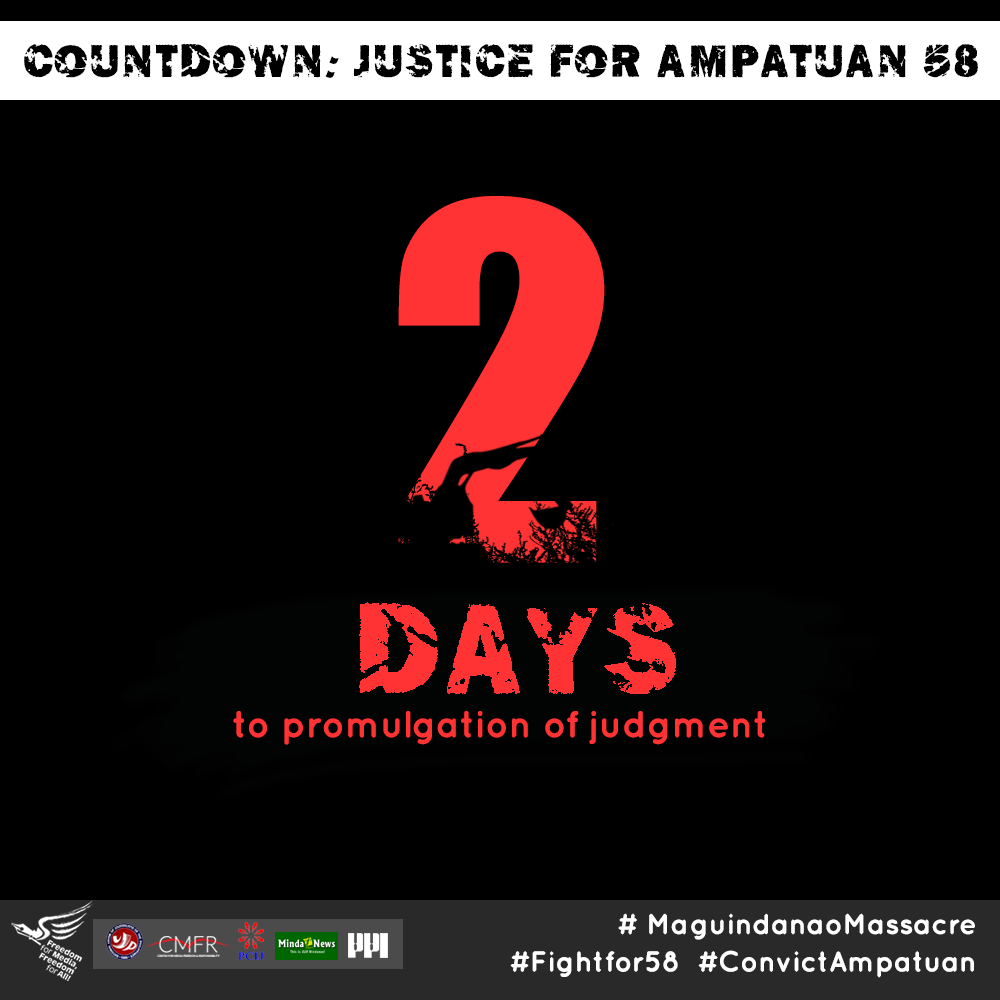 JUDGE Jocelyn Solis-Reyes of the Quezon City Regional Trial Court Branch 221 submitted the case for decision on August 22, 2019 and was thus required by a Supreme Court circular to issue her verdict 90 days later in November.

But citing the “voluminous records” of the case, she requested an extension of 30 days which the Supreme Court has granted. The promulgation of decision has been scheduled on Thursday, Dec. 19, 2019.

The documents of the court case include:

Murder charges were filed against 197 persons.

Of those charged, 80 are still at large as all efforts to arrest them had failed.

Ninety-seven are detained in Camp Bagong Diwa in Taguig, including Andal Jr.

Eleven of those charged were released on bail.

Eight have either been released or had the case against them dismissed.