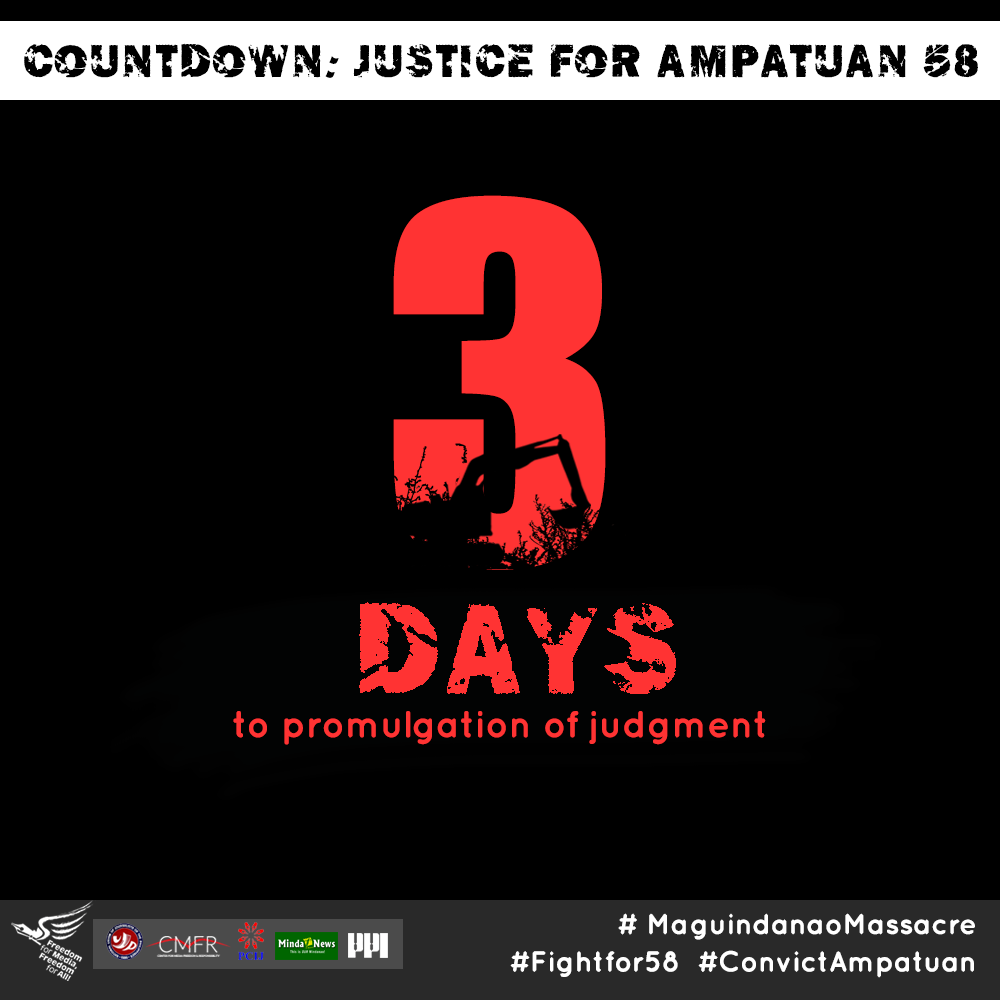 The defense panel invokes the high bar of "presumption of innocence" for the accused, under the Constitution. The prosecution says it has presented evidence and eyewitnesses to show that Datu Unsay Ampatuan committed the crime beyond reasonable doubt.

THE CONSTITUTIONAL presumption of innocence sets a high bar for the prosecution. The burden is on the accuser to prove the charges, not for the accused to prove his innocence. It is this bar that the defense invoked: the prosecution, it said, has not presented enough evidence to prove that Datu Unsay committed the crime beyond reasonable doubt.

The prosecution, on the other hand, says that the eyewitnesses they presented — who told the court they heard the massacre planned, saw Datu Unsay shoot the victims; and the doctors who testified that the victims died of gunshot wounds, are enough to convict.

The Court of Appeals had ordered the freezing of all the known assets of Andal Ampatuan Sr., his sons Andal Jr. and Zaldy, and 25 other Ampatuan family members on June 6, 2011. The order covered 597 bank accounts, 113 real properties, 142 firearms, and 132 motor vehicles allegedly owned by the Ampatuans. By then, however, Andal Jr. had sold eight real properties.