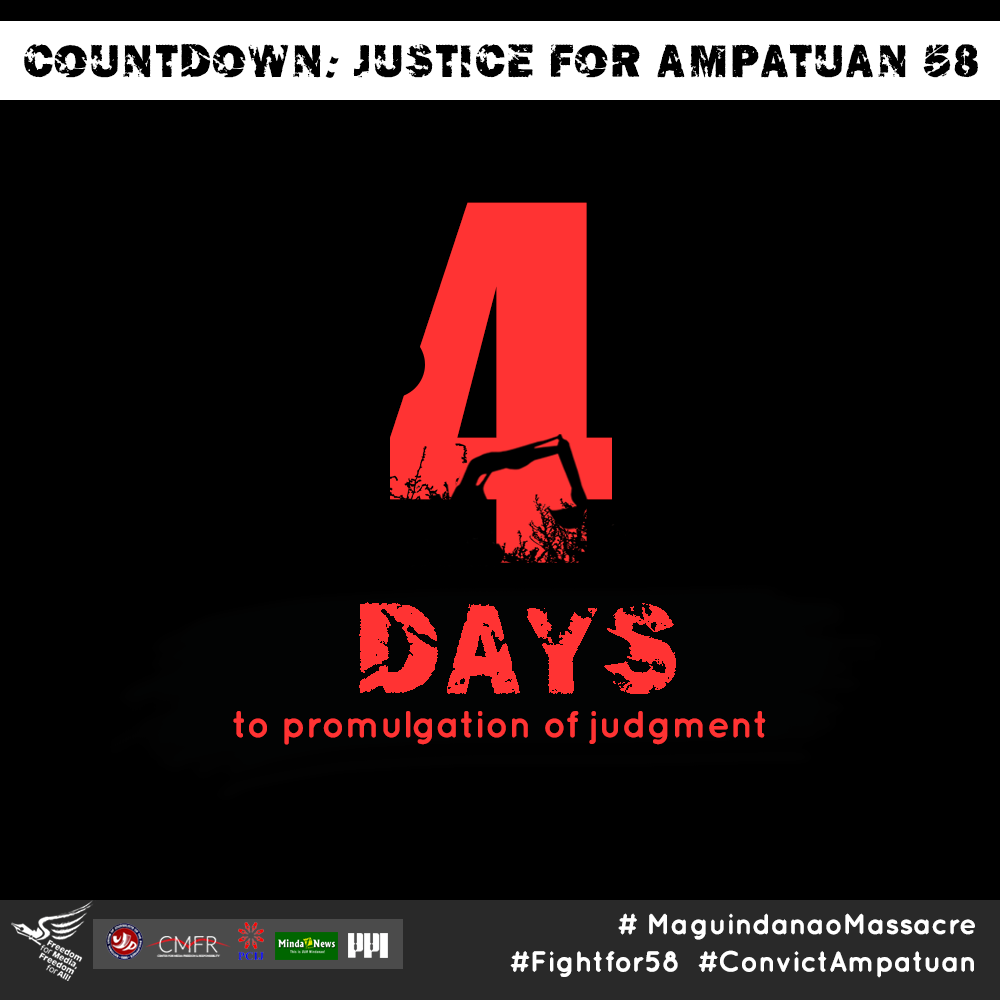 Theory of the Defense

There is, according to defense lawyers, not enough evidence to convict Datu Unsay Ampatuan. for the massacre of 58 persons. His lawyer said neither the bullets nor the guns used in the massacre were presented in court, and that the prosecution presented “incentivized witnesses” who testified in exchange for money or favors, or were relatives of the Mangudadatus.

THE LAWYERS of Andal Jr., on the other hand, said not enough evidence had been presented to prove that it was Datu Unsay who killed the 58 victims. A memorandum filed by Unsay’s lawyer claimed that neither the bullets nor the guns used in the massacre were presented in court, nor were “trace evidence” such as fingerprints, footprints, gunshot residue or DNA, that would have corroborated the testimonies of the prosecution witnesses. The defense added that while the prosecution presented witnesses who saw the killing, these were “incentivized witnesses” who testified in exchange for money or favors, or were relatives of the Mangudadatus.

“[A] thorough review of the… evidence… would not let any man rest easy on the moral certainty that the accused committed the acts against him…,” the defense said in its memorandum, insisting that there was no evidence that would prove Datu Unsay killed the victims, nor that there was a conspiracy to do so.

The defense insisted that Datu Unsay arrived from the United States on Nov. 18, 2009; that on Nov. 23, the day of the massacre, he was at the Municipal Hall of Datu Unsay Municipality where he presided over a meeting with local officials which ended at 12:30 p.m., and that he voluntarily presented himself to the authorities on Nov. 26, 2009, to explain his side.

Like the prosecution, the defense argued that the case was politically-motivated: Mangudadatu was a political opponent of the Ampatuans, and some of the witnesses — like the Sangkis — were not only related to the Mangudadatus, they were also members of political clans in Mindanao. Rasul Sangki, one of the key witnesses of the prosecution, was vice mayor of Ampatuan town at the time of the massacre; by 2019 he was Ampatuan town mayor.

The defense panel invokes the high bar of "presumption of innocence" for the accused, under the Constitution. The prosecution says it has presented evidence and eyewitnesses to show that Datu Unsay Ampatuan committed the crime beyond reasonable doubt.

The Ombudsman's lifestyle check on the Ampatuans in 2010 showed that Andal Sr. alone “has amassed unexplained wealth manifestly and excessively out of proportion to his legitimate income for the years 2000 to 2009 in the aggregate amount of P183,424,326.71.” The report said 27 Ampatuans and their associates had 597 bank accounts listed in their names.

Theory of the Prosecution

The Ampatuans, according to prosecution witnesses, had planned to murder Toto Mangudadatu as early as July 2009, when he declared he was running for governor to contest the Ampatuans' control over Maguindanao province.