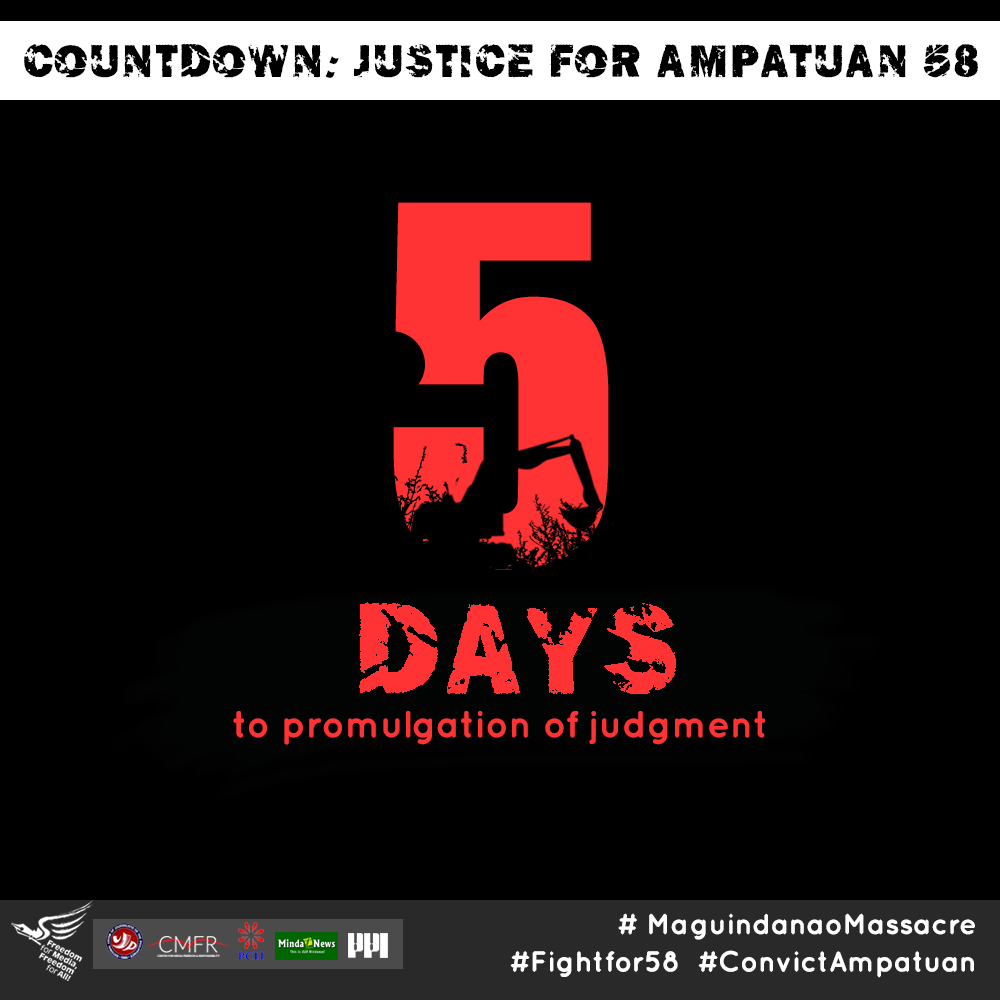 Theory of the Prosecution

The Ampatuans, according to prosecution witnesses, had planned to murder Toto Mangudadatu as early as July 2009, when he declared he was running for governor to contest the Ampatuans' control over Maguindanao province.

THE PROSECUTION said the Ampatuans executed the massacre; planning the murder as early as July, when Toto Mangudadatu made it clear that he was running for governor to contest the political hold of the Ampatuans over Maguindanao province.

In the memorandum it submitted at the end of the trial, the prosecution recalled the 1995 killing of Akas Paglala and his brother, Omar, as Akas was on his way to file his certificate of candidacy for mayor of Maganoy town. The suspect was Zaldy Ampatuan, the son of Andal Sr., at that time the mayor of Maganoy. The Paglalas did not file charges, and the Ampatuans went on to consolidate their hold over Maguindanao.

The prosecution presented witnesses who told the court that they heard the plan to kill Mangudadatu as it was being discussed months and days before the killing; saw Datu Unsay, on his way to Sitio Masalay, where the massacre happened; and saw him shoot at the victims himself and give instructions to bury the bodies and later, saw the backhoe burying the victims.

Theory of the Defense

There is, according to defense lawyers, not enough evidence to convict Datu Unsay Ampatuan. for the massacre of 58 persons. His lawyer said neither the bullets nor the guns used in the massacre were presented in court, and that the prosecution presented “incentivized witnesses” who testified in exchange for money or favors, or were relatives of the Mangudadatus.