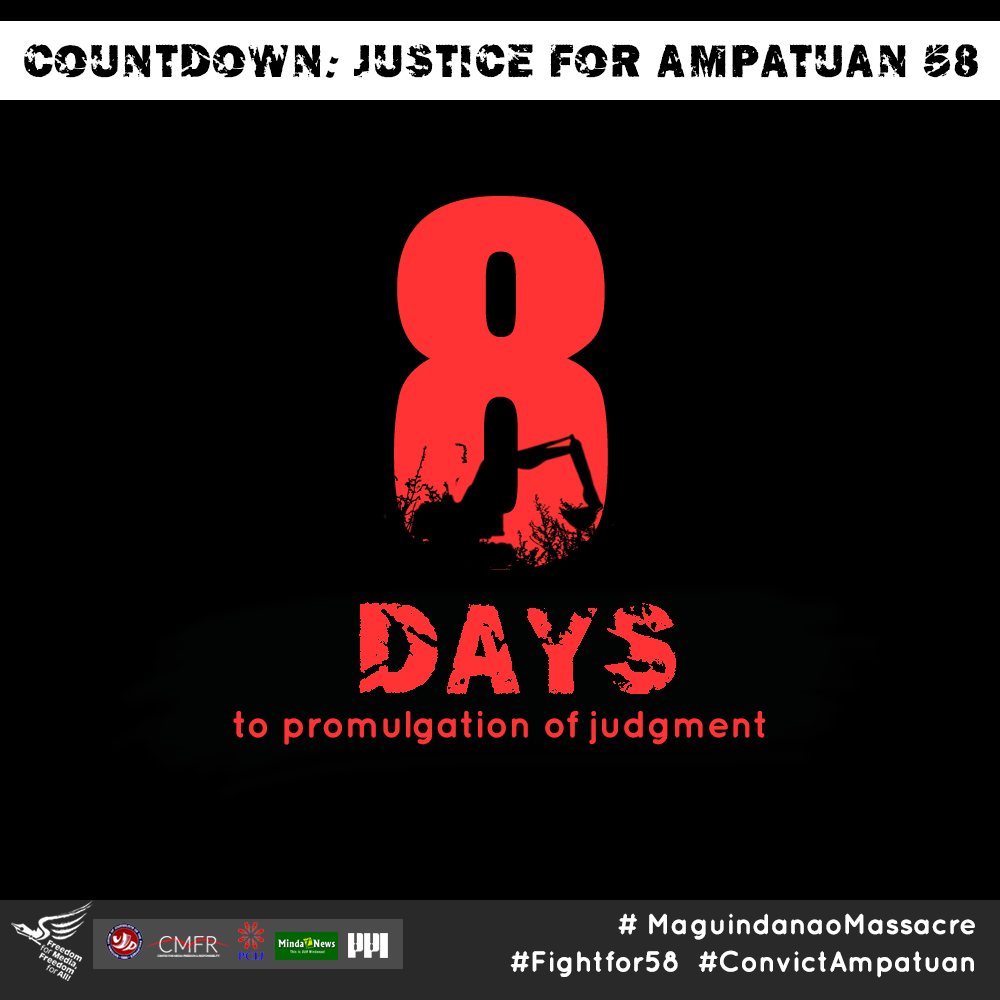 THE OUTCOME of the trial turns on the testimonies of the witnesses presented by the prosecution and the defense.

The prosecution presented 134 people, with its key witnesses narrating how they heard the Ampatuans plan the killing as early as July 2009, and as late as November 19, 2009, or just four days before the massacre; how they saw Datu Unsay, at that time the mayor of Ampatuan town, kill the victims and later, heard him give orders to “hurry up” in burying of the bodies.

This number does not include the 58 private complainants who testified on the extent of damage and suffering caused by the Massacre to their families.

The defense, on the other hand, presented several of Datu Unsay’s municipal officials, who testified that he was in a meeting at the town hall at the time of the massacre; two former prosecution witnesses who later recanted; and Datu Unsay himself.