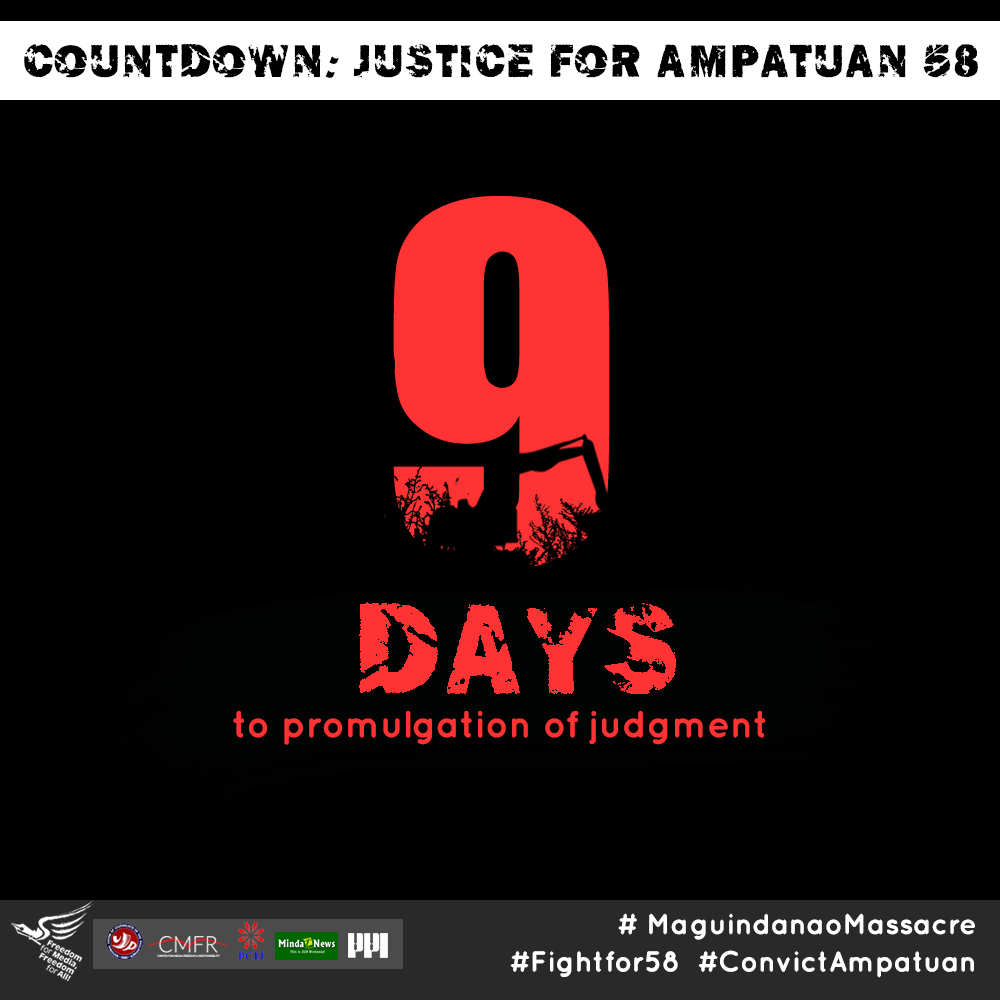 Three years after the Ampatuan Massacre trial began, the high court in December 2013 assigned an "assisting judge" to speed up the process.

TO SPEED UP the trial, Chief Justice Ma. Lourdes Sereno issued new guidelines in December 2013, which named an “Assisting Judge” to Branch 221 who could take over some of the work in the trial. This allowed the submission of judicial affidavits instead of requiring all witnesses to testify before the court. Both the Presiding Judge (Solis-Reyes) and the Assisting Judge could resolve pending motions before them.

Although some of the motions had been appealed to higher courts, the measures “helped a lot,” Santos said, adding that the Supreme Court also assigned several lawyers to assist Solis-Reyes to resolve the numerous motions filed by the defense.