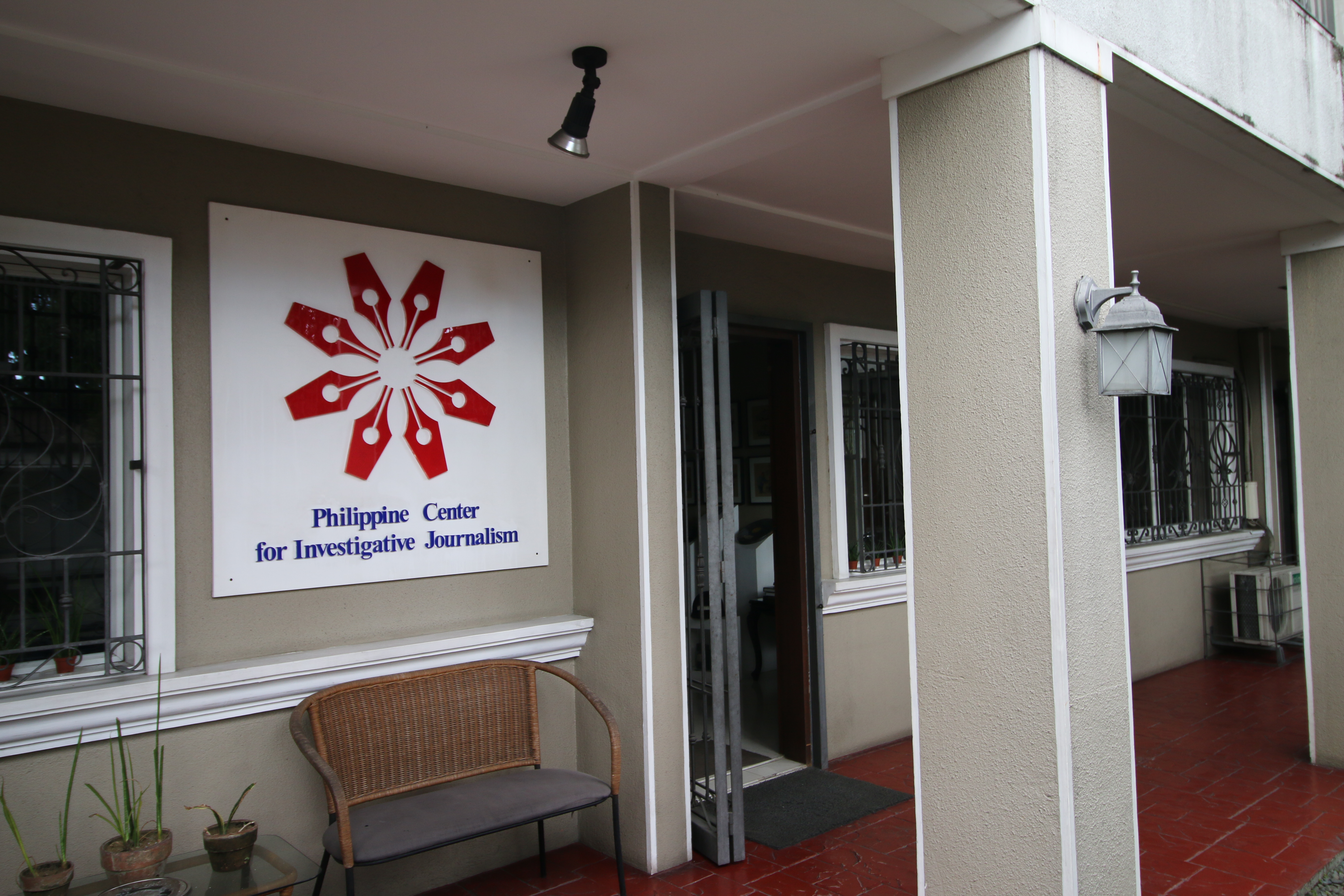 Our Board of Trustees

The Philippine Center for Investigative Journalism (PCIJ) is an independent, nonprofit media agency that specializes in investigative reporting. It was founded in 1989 by nine Filipino journalists who realized, from their years in the beat and at the news desk, the need for newspapers and broadcast agencies to go beyond day–to–day reportage.

While the Philippine press is undoubtedly the liveliest and freest in Asi ...
Read More

PCIJ’s story on deforestation and the supply chain won various recognitions in the US. It was a collaborative project produced with NBC News under the Pulitzer Center’s Rainforest Investigations Network. 2021 Best in Business Awards — SABEW. Winner in the Energy/Natural Resources category. The award was given by the Arizona-based Society for Advancing Business Editing and Writing (SABEW). 88th National Headliner Awards. First place in the environment category. The award body was given by the Press Club of Atlantic City. Dateline Awards — SPJ. Winner in the print business category and broadcast business category. The award was given by the Society of Professional Journalists. The report was also shortlisted in two other awards: Sigma Awards, which recognizes the best in data-driven reporting New York-based Deadline Club Awards under the categories Business Investigative Reporting and Daniel Pearl Prize for Investigative Reporting. It is shortlisted alongside the International Consortium of Investigative Journalists’ “Pandora Papers” series

The Philippine Center for Investigative Journalism (PCIJ) bagged three honorable mentions in this year’s Society of Publishers in Asia (SOPA) Awards and recognitions in various U.S.-based award-giving bodies. SOPA was founded in Hong Kong in 1982 to acknowledge the best works in journalism in the Asia-Pacific. It announced the winners on YouTube on Thursday, June 16.

Outstanding Award for Print and Broadcast

PCIJ Executive Director Malou Mangahas named “WikiPinoy of the Year” by WikiPilipinas, the online collaborative encyclopedia based in the Philippines, for her “very significant contribution to knowledge sharing in the Philippines by steadfastly advocating the passage of the Freedom of Information Act.” The WikiPilipinas editors said the award is usually given to people who have empowered the public by providing pen information and in-depth insights on the more significant issues affecting the country and its citizens.”

“We wish to commend the Philippine Center for Investigative Journalism for a job well done on its three-part series on President Arroyo’s still-to-be-explained wealth. The press serves a watchdog function and, disagreeable as it may be to those who have suffered its nasty bite, we must allow the press to perform this function, without coercion or threats. “It now behoves the President to personally respond to the issues raised by the PCIJ article. It is unfortunate that instead of clarifying matters, the President has opted to call in her legal advisers who have tried to attack the message as well as the messenger rather than respond in any meaningful and germane manner. “In particular, the business community would be particularly interested in the remarkable growth of Mrs. Arroyo’s net worth during her incumbency as a government employee from 1992 to 2008, when her personal wealth increased from P6.73 million to P143.54 million, according to the PCIJ account. That equates to a compounded growth of 21.1% per annum, wherein her net worth doubled every 3.4 years. Her stock portfolio, meanwhile, grew by 41% per annum from P55 million in 2006 to P110 million in 2008, at a time when the Philippine Stock Exchange index fell by 21%. “Held against the light of economic reality and the First Couple’s declared assets and income sources, the impressive growth of Mrs. Arroyo’s wealth is difficult to fathom. Through her lawyer, the President has stated that she stands by the “truth and veracity” of her SALN, but it is difficult to accept her statement at face value if all that she has to substantiate her claim is the paltry information provided in the document and her spokespersons’ explanations that only lead to more unanswered questions. “Like Caesar’s wife, the President must be above suspicion. As the highest public servant in our country and in the interest of good governance, Mrs. Arroyo must set an example by making a full and transparent accounting of her and her family’s wealth. She owes the Filipino people an explanation.”

…The Philippine Center for Investigative Journalism (PCIJ), which has become a unique and major journalism institution. At first it was considered a “wire agency” for investigative stories. The PCIJ was a challenge to some editors who saw that major journalistic projects, usually those that require a series of in-depth articles, should be one of the tasks of a newspaper. Having to share “agency” stories was just unimaginable at a time when exclusives and scoops still reigned as the hallmarks of a top newspaper. But when PCIJ articles used by client publications won major prizes in the J.V.Ongpin Investigative Journalism Awards, editors and publishers took notice. And instead of looking at PCIJ as a competitor, accepted it as an ally. For the publication shares in the glory won by a PCIJ report.”

“The Manila-based Philippine Center for Investigative Journalism (PCIJ) has broken hundreds of stories in print, radio, TV, and online documenting official corruption as it trains a generation of investigative journalists in the region. In 2000, a PCIJ team revealed how then-President Joseph Estrada had amassed luxury homes, lavished money on mistresses, and acquired secret stakes in a dozen companies. The series goaded the Philippine media into action, helped form key charges in an impeachment trial, and ultimately led to Estrada’s downfall.”

News for Sale
The Corruption and Commercialization of the Philippine Media, 2004 Edition
by Chay Florentino-Hofileña